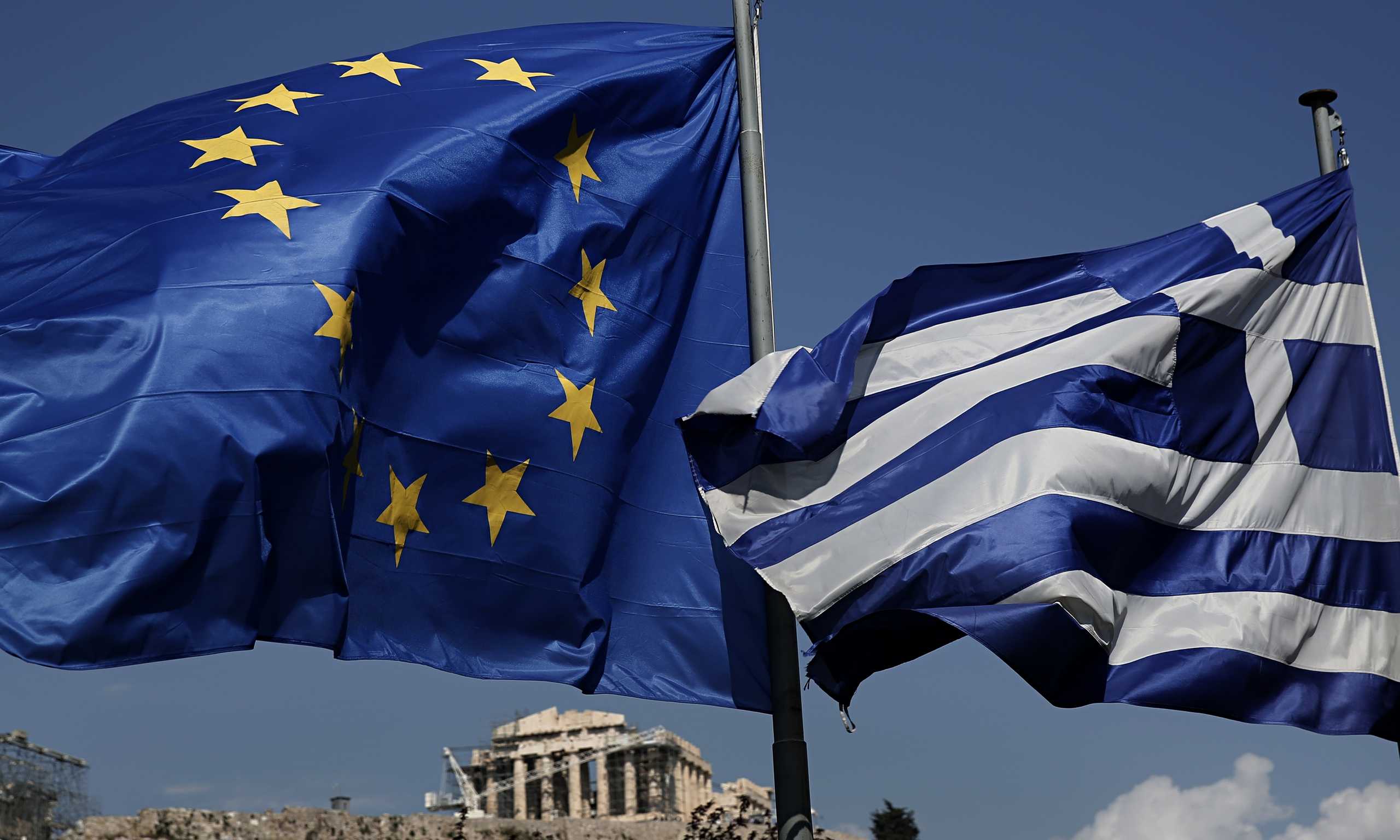 The Hellenic Republic, or Greece, has experienced quite the socioeconomic upheaval over the past several years. Stemming from the American Subprime Mortgage Collapse in 2008 and the later exposure of her own governmental budgetary falsifications in 2009, Greece has had, by far, the worst economic recovery out of all the countries pejoratively known as “PIIGS” (Portugal, Italy, Ireland, Greece, and Spain). In light of the fact that Greece presides over an economy that has contracted 25% since Tim Geithner (former President of the New York Federal Reserve Bank) pulled the receipts on Lehman Brothers and a youth unemployment rate double the previous percentage, it comes as no surprise that factional warfare between ideological extremes—a quintessential microcosm of Europe, specifically the Weimar Republic, during the Great Depression—breaks out, in broad daylight, on a daily basis.

Fascism and communism continue to confront each other violently both on Greece’s streets and in her parliament, and the Greek government, dominated by the cretinous Coalition of the Radical Left (abbreviated SYRIZA) and its leader, executive proletarian Alexis Tsipras, has elected, in lieu of assuming a proactive and necessarily acquiescent temperament in order to rectify such a parlous issue, to dance around dilatory referenda while simultaneously teetering upon a potentially catastrophic default that would threaten not only the livelihood of millions of Hellenes, but, macrocosmically, the global economy itself. It may seem as though the most dire predictions surrounding Greece’s fiscal future will come to fruition, but only if the Greek government recovers from its recent inordinate onslaught of unrefined populism and begins to exercise efficient fiscal and monetary policy, financial stability will follow.

Enter “Grexit.” A neologism created by combining “Greece” with “exit”, Grexit is exactly as it implies: Greece leaving the European monetary union, better known as the Eurozone, for an indefinite probationary period. Opinion on Grexit is starkly divided between members of the European federalist camp (championed, ironically, by the Federal Republic of Germany, regardless of SYRIZA’s incessant carping), who insist that Greece staying within the Eurozone is an economic necessity, and the decentralist camp (led primarily by the United Kingdom), who believe that the Euro would be stronger without the tonnes of Hellenic baggage currently weighing it down. Veridically speaking, the Anglo-Saxon approach to rectifying the sovereign debt crisis would have the greatest positive impact on the Greek economy in the long run, principally because of the level of control the Greek government would thereafter be able to exert over its own monetary policy; the Eurozone, by definition a monetary union, robs Greece of her ability to manipulate the quantity of currency in circulation inside her borders in addition to many other critical tools of monetary regulation, and thus, leaves her at the mercy of the Eurozone as a whole.

By default, the nature of a Greek exit would include the reincorporation of the Drachma (symbol ₯), which was discontinued in 2002 due to Greece’s adoption of the Euro as her currency. By exiting the Eurozone, Greece would thus drop the Euro as legal tender within her borders, and consequentially regain control over her monetary policy. With this, the country can successfully begin the arduous but eventually profitable journey from an import-based economy to one that is export-based, and thus, relying on this mercantilist mindset, ensure the prosperity of Hellenes in the long run.

A series of events must occur in rapid succession immediately subsequent to the Bank of Greece’s (ΤτΕ) resumption of printing the Drachma. It should be the first priority of the ΤτΕ to instate drastic quantitative easing measures in order to recapitalize the banks and quickly inject money into the Greek economy, primarily by buying corporate as well as governmental bonds to stimulate spending and jump-start the economy (Y=C+I+G+Xn). A temporary reactionary implementation of capital controls must be promulgated in order to prevent Greek banks from decapitalizing too quickly and defaulting on credit obligations. Use of the term auction facility should be considered by the Bank of Greece as a way to regulate the inflation rate, which must be raised significantly in order to prune Greece’s runaway unemployment rate (as inflation and unemployment vary indirectly–see the Phillips Curve).

This Keynesian approach to galvanizing Greece’s stagnating economy should be mirrored by the reduction of the discount rate to below zero, potentially as low as -0.5%, in addition to, rather controversially, a deliberate devaluation of the Drachma. This may seem counterintuitive at first, but as the value of the Drachma falls, not only will the inflation rate increase as a byproduct, but Greek exports will suddenly become more attractive in the globalized international market.

From a fiscal standpoint, the brisk deregulation of business within Greece (courtesy of a willing Hellenic Parliament) and the encouragement of foreign investment, specifically from import-based economies like the rest of the Eurozone (spare Germany) and the United States, will hasten Greece’s transition into prosperity. Bearing in mind the human aspect of devaluing the Drachma, certain steps must be taken in order to protect Hellenes from financial ruin. The Greek government must therefore rely on a combination of both expansionary and contractionary fiscal policy in order to ensure that such a decisive change in the status quo remains positive in effect. A deluge of subsidies must rain from the heavens; it should be considered of prime importance that the Greek government devote a significant percentage of its budget to subsidizing Greek-produced items inside the Consumer Price Index (CPI) market basket, specifically locally-produced comestibles, through direct handouts to eligible Greek grocery stores while concomitantly erecting steep tariffs, the end goal of which being an economy engirdled by a selectively-permeable mercantile membrane that serves to enable Greek autarky.

The diversification of the Greek economy is also paramount to a successful recovery, and thus, intergovernmental investment in Greece’s lackluster energy sector, specifically that of petroleum refining, is equally paramount. A trans-Levantine oil pipeline should be constructed to ferry oil from the Middle East to potential petroleum refineries in the region of Thrace (relying, of course, on Ottoman cooperation), which can thereafter be exported to nearby petroleum-necessitating economies, specifically those of Western and Central Europe; the mutually beneficial aspect of this arrangement would, of course, be a decrease of the European Union’s (EU) reliance on petroleum exports from the Russian Federation, a state notorious for its unpredictable hostility and willingness to threaten geopolitically-inferior nations in order to appropriate Lebensraum (see Georgia, Moldova, and the Ukraine, shown on the map below), while simultaneously invigorating the Greek economy with an almost-limitless source of petrodollars and supplying the Greek electrical grid with locally-produced electricity.

This is when contractionary fiscal policy begins to come into play to stabilize potentially unsustainable growth. Greece must be vetted for the future and tested for resilience in the long run, regardless of the positive short-run byproducts of the aforementioned expansionary fiscal policies. The second, and arguably more important, aspect of instating contractionary measures would be the prevention of uncontrolled demand-pull inflation, explained by the adage “too much money chasing too few goods.” Aggregate demand must be held at bay while Greece’s production is brought up to par. Therefore, an amendment to the income tax code is necessary, not only to finance the debt carried by the central government (which will almost certainly be exacerbated by such sweeping subsidies) but to mitigate Greece’s ravine of a budget deficit; additional tax brackets must be added in addition to the preexisting demarcations in order to accommodate Greece’s growing GINI coefficient (now the fifth highest in the Eurozone). Eisenhower-esque brackets may eventually be necessary, but in the immediate future following the implementation of such progressive economic reforms, brackets extending up to incomes of above €80,000 (accompanied by a rate of no more than 55%) would most likely be sufficient in expanding the Greek government’s ability to operate, while simultaneously keeping nationwide price levels on the ΤτΕ-designated track.

Nonetheless, there are some who continue to believe that Greece remaining shackled to the European Central Bank would be the best course, and that a united Europe constitutes an indelible part of the world economy. One might argue that this is a rather romantic outlook on the European financial crisis, or that those who support the perpetuation of Greece’s Eurozone membership view the past eight years with glasses tinted with either rose, dilettantism, or both. However, the united Europe approach does have its merits, whencesoever it was dreamt. It is not a lie to contend that the Hellenic economy can be saved by the EU, if absolute and total incorporation into the pan-European economy is treated as a viable option. The idea of Greek economy, or, more comprehensively, Greek sovereignty, would thereafter cease to exist, utterly federated into the vast Franco-German Continental socioeconomic Schengen consortium known as the EU; only through such drastic measures will Europe be able to parent Greece to the degree required by such drastic economic struggles.

“I think Greece should stay, and the rest of Europe should help Greece as much as they can to stabilize their economy,” senior Gabrielle Martinez said.

It is safe to say that the Hellenic Parliament will put into effect none of the stipulations mentioned above. SYRIZA will continue to cavil and balk at the minutest of austerity measures, as it has for the past year, and tense diplomatic negotiations purporting to implement the next great economic panacea between Greece and her creditors will drag on as well. In the end, neither the parliamentarians of SYRIZA nor the German government will be the ones suffering; as usual, those with nothing to lose (yes, Prime Minister) will continue to gamble away the fortunes and livelihoods of millions of distressed noncombatants. Greece’s future will remain nebulous for the time being, and it is up to the besieged electorate of the birthplace of democracy to choose liberty over death.