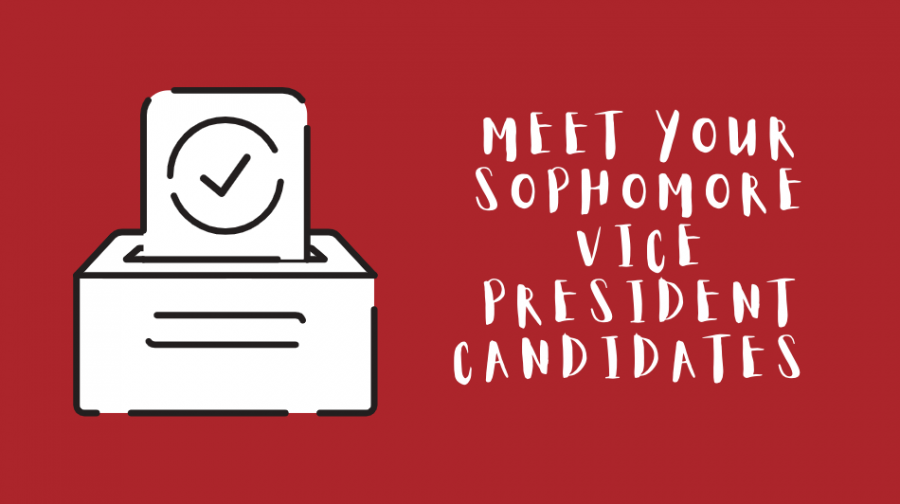 All class of 2024 candidates except for Vice President, are running unopposed.

As the 2020-2021 school year reaches its halfway point, next year’s Coral Gables Senior High School student council candidates begin to campaign and will be elected during the month of February. The candidates for every position except vice president are running unopposed in the rising sophomore class. The class of 2024 students running for the vice presidency this year are freshmen Cesar Ramirez and Olivia Rebull.

Ramirez is a student in the International Baccalaureate program. By fulfilling the VP position, he plans to help all other students of the board to carry out their roles and represent the student body of his class of 2024 in the student government. He only began  becoming interested in leadership and student government recently, but hopes to use this election as an opportunity to gain experience. Ramirez also intends to become more involved in the school community by joining a publication like Gables’ own Highlights magazine and participating in events like Bridge for Peace.

“I hope to represent my peers and communicate with them to relay their concerns to the student council,” freshman Cesar Ramirez said.

Rebull is also a student in the IB program and currently holds the treasurer position for the freshman class. Her interest in leadership and student government comes partly from her sister, Sofia Rebull, and dates back to elementary school when she ran for student ambassador multiple times. During middle school, she also participated in the Orange Bowl Leadership Academy to improve her leadership skills. Rebull is a member of many clubs like Key Club and the IB Honor Society and is a staff member for the Highlights magazine. Her goal as VP will be to help the students make up the memories lost to the COVID-19 pandemic during their freshman year and make it easier for her peers to bond and make friendships as a sense of normality comes back.

“I am approachable and an easy person to talk to who the students can rely on,” freshman Olivia Rebull said.

Though this school year has made it difficult to get to know classmates, both candidates are putting in the work to campaign. The class of 2024 can use the link provided through Teams to vote for their choice on Feb. 16.