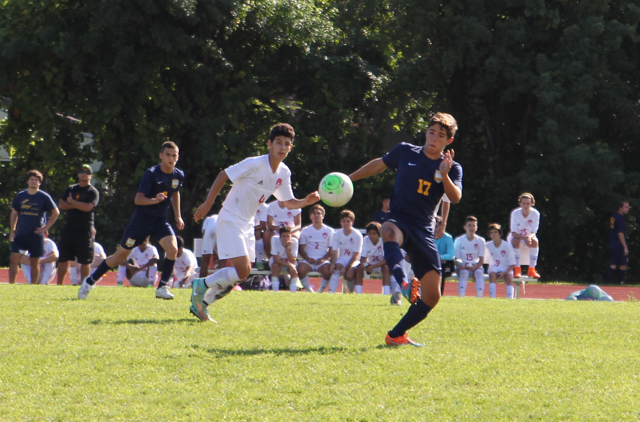 The Cavalier soccer team played in the District Semifinal at 5 p.m. on Jan. 20 against the Columbus Explorers. As the game began, some proud Gables students–who had gone all the way out to Columbus to watch–were excited about the game. The team made a few unpredictable mistakes that, unfortunately, cost them the game, and they lost 2-0.

“I think that we fought really hard but we weren’t able to succeed,” sophomore Martin Perez said.

The game was quite balanced, the only difference being Columbus’s ability to score on a few key occasions. The first goal was the fruit born by a free kick awarded to Columbus. A grievous mistake made by our goalkeeper sadly ended with a ball in the back of the net. A short while later, still in the first half, Columbus was able to score another goal. Nonetheless, our team had a few chances to even up the score. The most notable chance came on a penalty kick. Unfortunately, as the ball was kicked, the goalkeeper dove in the same direction as the ball was traveling and prevented the Cavaliers from scoring. The game ended at 2-0 and the Cavaliers will come home with a heart-breaking loss that has put an end to an excellent season.

Columbus put an end to a hopeful and excellent season by the Cavaliers. They will come back and continue to practice, even if the season is over. Columbus may have dampened the potential of the season, but not the team’s spirit. The Cavaliers will return next academic year and will be ready to attempt an even better season by practicing hard and learning from their mistakes.