Notre Dame Donations – How Much is Too Much?

On April 15, 2019, the world watched Paris’s Notre Dame cathedral burn. As the centuries-old church was engulfed in flames, crumbling until partial collapse, political leaders from around the world reached out to share their condolences and pledge support in the reconstruction effort. Few, though, were as immediately responsive as members of the global elite – the millionaires and billionaires sympathetic to the cause who pledged between 835 million and 1 billion dollars in the following weeks,according to the Washington Post. This exorbitant amount, far exceeding the $330 million to $670 million needed to reconstruct the cathedral, has drawn criticism from those who question the worthiness of the cause to receive such excess. Indeed, in a world where the refrains “it’s too costly” and “where will we find the money” are all to common in conversations about welfare programs or humanitarian aid, the quickness and extent of the Notre Dame fundraising was a distressing blow.

Due to the undeniable status of the Notre Dame cathedral as an important cultural and religious site, the money for its reconstruction was never likely to be an issue. The Vatican Bank, another establishment of the Catholic church, has about $8 billion worth in assets, with investments that raise its value an additional $2 -$5 billion. Loans from this bank were always an option, and gradual crowdsourcing could have helped to repay it. Though it is understandable to want to protect a cultural heritage site, the problem with the entirely “crowdsourcing” method of fundraising is its excessive nature. With hundreds of millions of extra dollars in its pocket, what will the Notre Dame Church do with the money after the infrastructure is restored? Though the sentiment is admirable, the sheer amount of money donated was not necessary.

“There are a lot of suffering people in need of aid both in France and in countries around the world. I would like to see people donate to humanitarian efforts with as much enthusiasm as they donated to the Notre Dame Cathedral,” sophomore Nina Montero said.

Meanwhile, in other parts of the world, that money is needed desperately. Yemen is undergoing its worst famine in hundreds of years, with 8 million children cut off from regular access to basic water, sanitation and hygiene services and an ongoing cholera epidemic to boot. Children are “so malnourished they don’t even have the energy to cry,” NBC news reports. This humanitarian crisis is one of the world’s most costly to alleviate, with about 1.3 billion needed in food donation this year, but every cent counts – a single dollar can provide several meals for those affected. On the lower end of the costliness spectrum, the Great Pacific garbage patch – the largest accumulation of ocean plastic in the world, located between California and Hawaii, – could be cleaned up with about $489 million. Though this is no petty cash, it is about one half of the money raised to in just two weeks to rebuild Notre Dame, and yet government agencies “lack the funds” to keep this waste from poisoning ocean ecosystems. On a local level, worthy causes in France, such as charities like Les Restos du Coeur that aid the 8.8 impoverished and 140,000 homeless people living in the country, are always in need of donors to keep their non-profit organizations running. 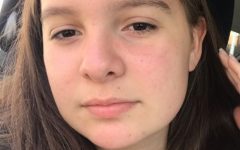 “People should also put their money towards cleaner, renewable energy resources so that we can preserve the planet and its natural resources.””

The outcry that has come in response to these donations is not about taking away from the historical significance of Notre Dame, as some might argue, or condemning the right for wealthy people to do as they wish with their money. The humanitarian outrage some people feel knowing that million around the world cannot eat, cannot breathe clean air, or cannot afford basic healthcare is not to say that religious site should not be protected and preserved with resoluteness. Rather, it is about urging people, especially those in the top 1% of the world in terms of wealth, to take a step back and consider the effects of their actions. Billionaires have limitless potential to do concrete good in the world, to change lives and save the planet from the clutches of global climate change. Yet, most often we see these extremely wealthy individuals doing the opposite – providing employees minimal pay with few benefits and participating in little philanthropy – in order to hoard more and more money.  The speed and quantity of the Notre Dame fundraising is proof that important issues could be quickly solved if people with money cared. Energy could be sustainable, pollution could be controlled, and education could be universal if people with the money, and therefore the power, to make it happen donated to those causes as much as they do to the things that affect them or to their own personal enjoyment.

As much as the flood of donations has, in some circles, become a moral discussion, the reconstruction of Notre Dame is still vital to Parisian history. With improvements under way, few can criticize the process which will rebuild that structure to its former glory. The hope remains, however, that the next time a famine hits a vulnerable area, or an equally ancient mosque like those discreetly being targeted in China is demolished, the world will not remain complacent. If billionaires, and even the average person as well, reacted to other international problems with the same distress as they felt when Notre Dame burned, the world would be a better place.