Debates over the Second Amendment oftentimes become misconstrued and intertwined with political opinion rather than fact. (iStockPhoto.com)

Debates over the Second Amendment oftentimes become misconstrued and intertwined with political opinion rather than fact.

A Brief Lesson on the Second Amendment

“A well regulated Militia, being necessary to the security of a free State, the right of the people to keep and bear Arms, shall not be infringed.”

These 27 words have been the subject of a legal quagmire since before their ratification.  In light of recent mass shootings and technological advancements, this 27-word amendment is increasingly invoked in everyday conversation. Of particular interest is the prefatory clause: “a well regulated Militia, being necessary to the security of a free State.” These 13 words have created a deep divide in the interpretation of the Second Amendment and the debate concerning whether there exists an individual or collective right to bear arms. What concerns me, however, is not so much the divide the amendment creates, but rather the dangerous misconceptions that arise when people erroneously and naively speak of the “right to bear arms.”

When conversing with educated adults and students alike, I have come to realize how uneducated many people are about the issue, despite emphatically announcing their positions on the Second Amendment as rooted in fact. Few people take the time to place the amendment in a historical context and understand the circumstances under which the Founding Fathers found it necessary to include it in the Bill of Rights. Even fewer take the time to learn about the decisions made by the Supreme Court that explain the ways in which legislation should interpret the cryptic amendment. Such individuals do a disservice to themselves and those they speak to promoting emotional debates which are not grounded in fact, precedent or history.

For the sake of being transparent, I will emphasize that I am in no way a proponent of the individual right to bear arms; in fact, I am a staunch advocate for common sense gun reform. I believe strongly in the power of the Supreme Court and in ensuring facts do not go amiss in discussions such as those concerning gun control. This article, as an oversimplification of a concept some have spent their lives analyzing and writing about, can be neither complete nor impartial, but rather aims to give a glimpse into the history of the amendment and Supreme Court decisions that have shaped its interpretation. 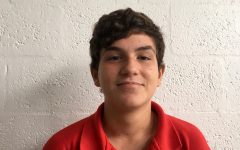 Public knowledge of the Second Amendment is skewed heavily based on what individuals already blindly believe. The two sides fling the same argument with the same misconstrued statistics at each other, which only polarizes both parties.”

The Second Amendment was proposed by James Madison following a time when armed civilians had successfully fought back against a tyrannous, powerful government. Prior to the federal ratification of it, four states had adopted analogs; two of which conferred the right to bear arms unconnected to military service. Madison and those who supported it are said to have intended to provide more power to state militias to prevent the presence of a standing army during times of peace, thus appeasing Anti-Federalist concerns. At the time it was written, the U.S. had no professional army, rather 13 separate state militias that were hoped to serve as a check on a standing army. The state militias the Founding Fathers referenced are the equivalent of today’s National Guard—comprised not of civilians, but professionals.

Historians also contend that the amendment was passed as a way to retain power over slavery in the South, and, if needed, fight against those who sought to undermine the slave industry. Richard Hildreth, an antebellum historian, notes that violence ran rampant in the South, whether between slaves and masters or in the case of duels among freemen.  It was these southern men who had great influence on the inclusion of this amendment in the Bill of Rights.  Times have changed a great deal, and lawmakers and scholars who call for a repeal of the Second Amendment cite the influence of the Pro-Slave South and a necessity to fight back against the government as the reason to reconsider the “right to bear arms.”

The system of checks and balances established in the Constitution has made it so there has not been a need for civilians to organize Revolutionary War-scale armies to revolt against the government.  The U.S. today has one of the most powerful military forces in the world, with personnel, technology and weapons that make the militia of the Revolutionary War appear pre-historic. State militias and armed civilians would be no match for the weapons of the U.S. military forces—that cannot be debated—but whether this nullifies any need for the Second Amendment depends on whether one views the prefatory clause (“a well regulated Militia, being necessary to the security of a free State”) as providing merely an example of when the right to bear arms may be necessary, or as one that limits the right to serve solely military purposes.  Those who argue for collective rights contend that the amendment gave power to the states in order to maintain and train formal military units and that the prefatory clause thus limits the later stated “right to bear arms,” whereas those who campaign for individual rights hold that the amendment gives every citizen the unfettered right to own guns, and the prefatory clause serves to provide an example for when this right may be exercised.

This debate of individual versus collective rights has been at the center of Supreme Court decisions concerning the Second Amendment, although they have been reluctant to hear cases of this nature. While this has resulted in little precedent to make clear how the right to bear arms should be interpreted, two important cases have established an outline for the way in which legislatures should create laws concerning arms: United States v. Miller and District of Columbia v. Heller.

United States v. Miller (1939) questioned whether the Second Amendment extended to an individual right to keep and bear a sawed-off double-barrel shotgun. Jack Miller and Frank Layton were arrested under the National Firearms Act after transporting a sawed-off double-barrel 12-gauge shotgun in interstate commerce.  In a unanimous decision, the Court responded to the question at hand with a resounding no, stating that this type of rifle does not have a “reasonable relationship to the preservation or efficiency of a well-regulated militia” and thus the Second Amendment cannot be said to protect the right to keep and bear one. This decision established limitations on the type of weapon that may be protected under this amendment, and, for some, appears to promote a collective right to bear arms with the prefatory clause limiting said right.

In 2008, the Court heard what may be the most important Second Amendment case of common times: District of Columbia v. Heller.  The case concerned the constitutionality of provisions of a D.C. Columbia Code that made it illegal to carry an unregistered firearm and prohibited the registration of handguns.  A D.C. special police officer, Dick Heller, was authorized to carry a handgun on duty but denied from keeping one at home under certain provisions of the Code.  In a 5-4 decision, the Court ruled that an individual right to bear arms does exist.  Justice Antonin Scalia, delivering the majority opinion, put it plainly, stating that “what the Second Amendment means is since we need a people’s militia, the people will not be deprived of the right to keep and bear arms,” as “if the people cannot have arms, there will be no people’s militia.”

Despite one’s own beliefs about the intentions of the Founding Fathers in ratifying the Second Amendment, the Court established the “right to bear arms” as an individual right, and it should thus be treated as such.  I have too often come across individuals who, when speaking of gun control, tell me that there is no right to bear arms because this right was given to state militias, not to citizens.

I am of the opinion that the historical context in which the amendment was written suggests it was intended to promote collective, not individual rights.  I believe that the individual right to bear arms is one that should not be considered a fundamental individual right that cannot be restricted by regulations.  However, despite my own interpretations of the amendment, I am aware that decisions made by the Court establish the way in which the Constitution should be interpreted when creating legislature and accept the right to bear arms as an individual right. Whether the right is or is not an individual one was established in 2008 with Heller.  Whether it should be is dependent upon personal interpretations, but when speaking of the Second Amendment, individual should concern themselves with fact: until the Supreme Court decides it is not, the right is an individual, not collective one, and should be treated as such. 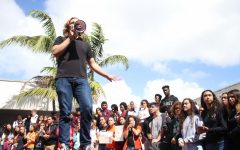 The individual right to bear arms should begin and end at handguns. I see no need for an assault rifle, especially when the Supreme Court has upheld regulations against them.”

With the acceptance of the right to bear arms as an individual one, comes the erroneous yet pervasive misconception that the government does not have the right to regulate it. Individual rights are not absolute, unfettered rights.  In the same way that the First Amendment’s free-speech clause has been limited in a number of ways to protect democracy and the general public, the Second Amendment can be as well.  Scalia’s majority opinion in the Heller case dedicates a sizeable portion to clarification on this point, emphasizing that “like most rights, the right secured by the Second Amendment is not unlimited.”  Among possible limitations given by the Court were prohibitions on “dangerous and unusual weapons” as delineated in Miller, prohibitions on the possession of arms by felons or mentally ill and laws that restrict certain aspects of the commercial sale of arms.

Despite the Supreme Court decisions that establish the right to bear arms as an individual right meant to be regulated, people allow their political feelings to guide their conversations about this issue, without verifying that the information they’re proposing as true is in fact that. One misstatement can create a domino effect that creates a misconstrued argument grounded in emotion rather than fact.  Regardless of one’s interpretation of those cryptic 27 words, it is important to remember that in debates of this magnitude and relevance, facts should trump feelings.