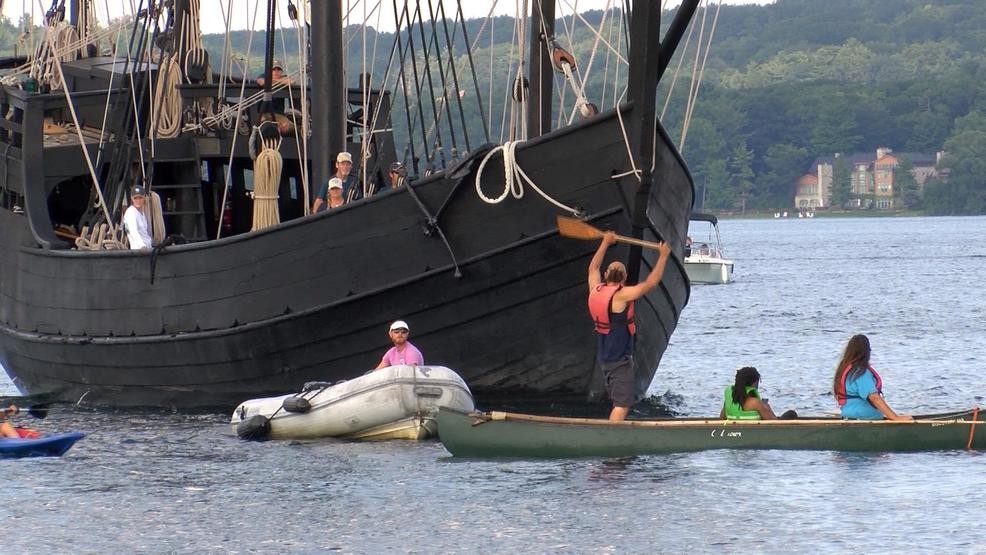 The native protesters blocking the arrival of the replicated Columbus ships.

Christopher Columbus Stirs Up the Tea Once Again

In recent news, la Niña and la Pinta ship replicas have stirred up controversy all throughout the media. La Niña and la Pinta were two of the three ships that Christopher Columbus sailed on his long, arduous journey to the New World. Today, the replicas of both ships are used as “sailing museums” that stop by ports as an effort to inform the public more about Columbus’s expedition. Although the replicas were meant for educational purposes only, there has been a recent uproar in native protesters that are against them. They are currently protesting that the ships shouldn’t be showcased because in reality Columbus was responsible for a numerous amount of horrific acts like genocide or rape. Despite this, the native protesters should really put into perspective that the ships are not meant to praise discrimination, but are meant to educate the people about our history and show them right from wrong.

Regardless of Columbus’s actions, the world was, for the first time in history, globally connected due to his expedition. Columbus was the reason why the world transformed completely. His expedition allowed the trade of plants, animals and beliefs to be exchanged between the New World and Old World. The protesters shouldn’t get too riled up because everyone has the freedom to learn about what they desire. 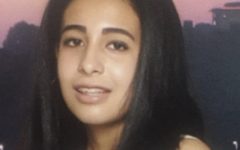 I feel like it’s just a bunch of ships, but at the same time he pillaged the Native Americans and destroyed their lands while abusing them. It sucks that the Native Americans had to go through this, however, I think that making a replica of those ships doesn’t come with bad intentions, it’s just to educate the masses.”

According to Tom Shomin, an Ottawa Chippewa Indian Tribal Councilor, Columbus would enslave and torture the natives. Shomin, like many other native protesters, believes that Columbus’s actions are not something anyone should celebrate. To the natives that have had to put with with Columbus’s actions in the past, the ships are seen as insensitive to the those who died by Columbus’s hands. In addition, the ships are paired up with the Maritime Heritage Alliance. The alliance has previously stated that they are perfectly fine with the protesters giving a peaceful protestation, as long as it doesn’t cause harm to anyone. A peaceful protest would allow the nation to acknowledge the fact that Columbus’s actions are part of history and that if they don’t put mind to it, history may repeat itself.

“It’s part of history, people should know about the facts. We deserve to know about what has happened. They showcase those replicas to show how things were back then like how advanced people were back then,”sophomore Sophia Martinez said.

Although the alliance encourages peaceful protests, recently the Ottawa tribes have been using their canoes in order to stop the ships’ arrival to the ports. This can become endangering to the people aboard the ship and to the protesters blocking the way. Even if the protesters will never stop trying to make their point across, they should at least make an effort to share their knowledge in a more peaceful matter alongside the replicated ships.