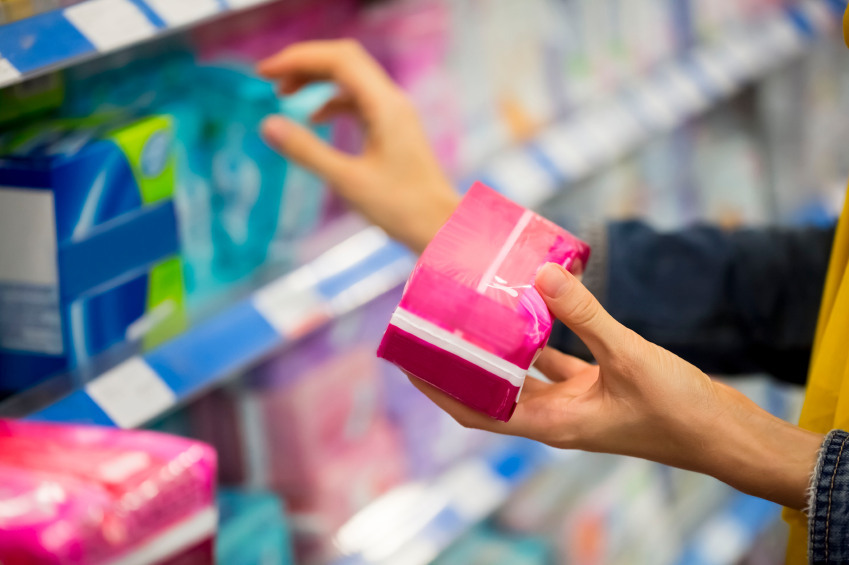 Women around the world know the extreme necessity of feminine sanitary products when the time of the month hits. Such products have imposed taxes on them making it more expensive and out of reach for women of lower income and women who come from underdeveloped countries. Incarcerated women also face the same struggle, and one could say that it’s even tougher for them to pay for such “luxurious” products with the low wages they are paid. Feminine products being written off as luxury items is unnecessary, and as of now federal prisons are ‘explicitly obligated’ to offer free feminine products to women and must have sufficient amounts of said products.

Much like the television show, Orange is the New Black, women in prisons have commissaries at their disposition. However, most incarcerated women have to work prisons jobs for weeks to even afford one item from the commissary. The average maximum daily wage for prison jobs is $3.45 and the minimum daily wage is 86 cents. With such low wages, it’s nearly impossible that these women could afford “luxury” items such as sanitary pads, tampons, and other necessities. Sometimes they have to face the decision of buying a needed sanitary product or calling home because their earnings are not sufficient. To know that prisons provide daily meals, clothing and personal care items for free because they are basic necessities but fail to provide free sanitary products for women is shameful and completely absurd. Menstruating is a natural process that occurs in the female body and women don’t get to have a say in whether or not it takes place. As of recently, federal prisons were forced to take action under the Dignity for Incarcerated Women Act and alleviate the situation. Now women in federal prisons have gained access to free sanitary products when they are menstruating and no longer have to worry about wasting their earned money on something that should’ve been provided to them from the start. 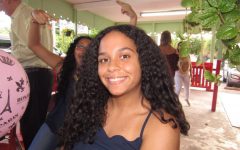 Prisons finally providing free feminine products to incarcerated women sounds good, because it’s not like they choose to get their periods. In addition, brand name tampons and pads are expensive and for these women who don’t have the steady financial support, it can be difficult to have access to good products and not the cheap and limited ones usually available. ”

Although this has been a huge victory for women in federal prisons, many struggled before the Dignity for Incarcerated Women Act. Previously, federal prisons were only forced to have feminine products available at their facility, meaning that they would stock up on products of cheap quality that were expensive. It was difficult for incarcerated women to obtain the money for basic hygienic supplies of good quality. The officers in some facilities might even take advantage of the low supply of sanitary products and use them to hold power over these women. While that isn’t always the case, it has been seen before, like in Chandra Bozelko’s case. Bozelko, an ex-inmate of a federal prison in Connecticut, mentions how officers would use the limited amount of sanitary products against the women for control over them.

However, some federal prisons might want to limit the number of feminine products in order to save money, as it might cost them extra to provide good quality materials for these women. Funding for these prisons ultimately comes from tax money and can be calculated to be as much as $55 billion. With so much money taken from taxpayers to fund the federal prisons, people have begun to dehumanize incarcerated women by saying that they don’t need sanitary products because they can easily make due with rags and clean them when possible. Moreover, some taxpayers think that if the government must waste their money on feminine hygiene products, then they should buy the cheapest product on the market because a lot of money is already going into other means to support the prison. Others have even degraded these women by saying that it’s their fault for being incarcerated, meaning that they must deal with harsh conditions. A normal bodily function, such as menstruation should not be ignored and feminine products should be free for these women despite what taxpayers might want or think.

“I feel like it’s a great addition for all the women in federal prisons. It’s not like they choose to bleed, it’s something natural and they shouldn’t have to pay for it regardless of what other people think,” sophomore Ginia Gonzales said.

Tara Oldfield- Parker, who had recently begun her menstrual cycle, was arrested for shoplifting in upstate New York. What should’ve been a common product found in any prison facility was nowhere to be found. While Parker was at a police station in Queens, she asked the officers who were in charge of her cell if they had any sanitary pads available to her. However, they responded by saying that they would need to call an ambulance to get one. Finally an hour later she was given a piece of gauze, which in no way is a sanitary pad but does absorb blood like one. The fact that not even one sanitary pad was available in an ambulance goes to show how little feminine products are truly valued for those who don’t need them. Women can’t control their periods, and some even suffer from the pain of cramps. Without access to good quality pads or tampons, these women can face an ordeal of humiliation and feel ashamed of a normal bodily function. In addition, imprisoned women have to find some way of improvising when the sanitary products are limited in quantity, so they can make it through the week without being embarrassed about having their periods. With free sanitary napkins available to them now, incarcerated women are able to save their money for other needs not available to them free of charge. These ladies have a hard life and being denied access to secure pads or tampons makes life in prison much harder and more degrading than it has to be.

The Dignity for Incarcerated Women Act has pushed society one step closer to aiding inmates and giving them the basic human rights. The opportunity to get feminine products for free and in high quantities is one of the many movements feminism has tried to achieve. While federal prisons are now giving these women the right to receive sanitary products for free, incarcerated women in state prisons are still fighting towards equality. One can hope that the federal prisons’ decision to make sanitary products free will inspire state prisons to do the same. The treatment towards women in prison has been inhumane and cruel, but slowly society is moving toward equality for all and making actions for the greater good.