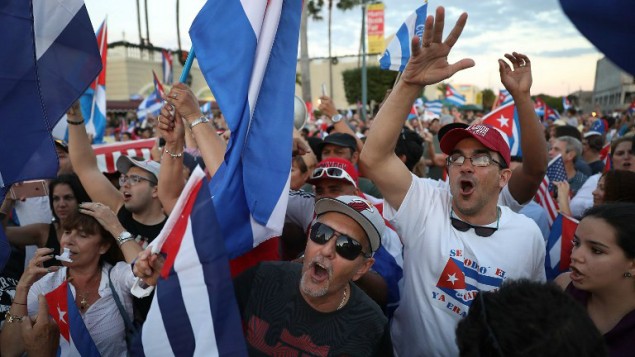 Fidel Castro died on Nov. 25 at the age of 90. Cubans in Miami went out to celebrate.

Should We Be Celebrating?

One of the most eminent dictators known as Fidel Castro died on Nov. 25. Historical events like this leave an impact in the lives of many. A death of a human being is not something customarily celebrated, but Castro’s death was an exception. All around the world, there were citizens who felt relieved and joyous that Castro’s time finally came to an end. However, there was not a city that became more alive when the news finally dropped than Miami, FL.

Miami is known as home to many Cubans that fled Castro’s communist ideas. The “Wet-Foot, Dry-Foot” policy allowed many Cubans successful entry into the U.S. to start a new life. However, it is hard to leave  family members in Cuba to continue to suffer under Castro’s oppression. It is true that Castro broke apart many families and destroy the nationality of Cuba, but Miami should not be celebrating his death, it should be celebrating the symbolism behind his death. 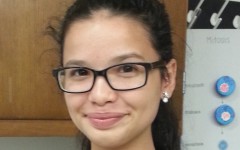 I am a proud Cuban, I can’t believe that Cuba is one step closer to having its freedom. I get that Raul is still in charge and that means we are still a communist country, but we will soon be free.”

The extreme socialist policies that Castro initiated led to a large amount of poor Cuban citizens. The first thing he did as Prime Minister was get rid of all ties Cuba had with America. Up until his last day as dictator, Castro refused to have a diplomatic relationship with America. His hatred for the U.S. ultimately was detrimental to Cuba’s economy. Castro also took land from those who were considered rich in society and gave it to the poor. This was not considerate action, it was an act to fulfill his extreme socialist ideals. It was a strategic move because Castro knew when he was taking the power and riches away from the upper-class and giving it to the lower-class,  he was creating a society where everyone was equal and inferior to him. Castro killed those who dared to question his authority; Cubans live in relative radio silence. Castro’s death should be celebrated as the end of a dictator. While not much will change after Castro’s death in regards to the Cuban government, Cubans are relieved from Castro’s oppression and are closer to receiving deserved freedom.

“Since I am Cuban, there might be bias behind my opinion. However, I think that Fidel’s death is much more than him just being dead, it’s the idea of having a Cuba without socialism,” senior Barbara Diaz said.

Many Cubans are celebrating Castro’s death and are glad that he is finally underground. The actions of Castro cost the lives of many, which is why this people feel as if they should be throwing celebrations in honor of Castro’s death.

It is true that Castro had a negative impact on the lives of many and Cuba, but one shouldn’t be celebrating that he is finally dead. The celebrations should be centered around how Cubans are finally one step closer to freedom and they will always have faith. Castro’s death is not what one should be glad about, it is the meaning behind his death that is worth celebrating. With Castro’s brother, Raul Castro, as president, Cubans will not see many changes because Cuba is still a communist country.