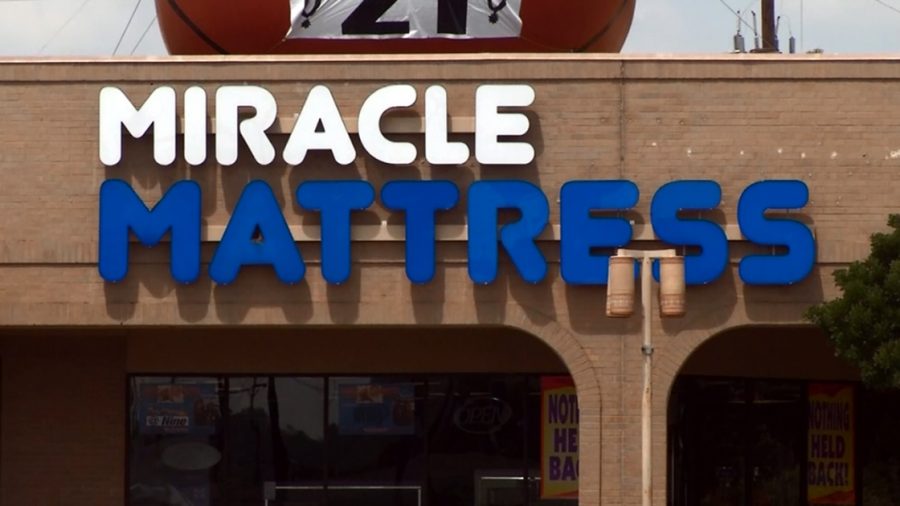 In commemoration of the 15th anniversary of the 9/11 terrorist attacks, the “Mattress Miracle” store in San Antonio, Texas promoted a “Twin Tower Mattress Sale” with a television commercial depicting two “towers” of twin mattresses being knocked down. The advertisement was not taken lightly by viewers and resulted in the indefinite closure of the establishment after it received multiple death threats. Those present in the commercial later offered a public apology for their insensitivity, however, they still managed to offend those who’s lives were forever changed after that fateful September morning. The devastating terrorist attacks resulted in the deaths of 2,996 people and left over 6,ooo injured and should not be used as any business’ marketing ploy; especially if being used in a joking or mocking manner.

“Ever since 9/11, our country has more precautions when it comes to protecting our safety. For example, the introduction of homeland security was implemented.  I think U.S. citizens do not feel as safe as they used to now that they face the realities of knowing terrorist attacks can take place at any given moment. Not to mention the country’s sense of security has been shattered,” AP United States History teacher Porsha Smith said.

Cherise Bonanno, owner of Miracle Mattress, apologized for airing the offensive commercial and claimed that she did not intend to offend anyone.  Miracle Mattress has decided to donate 30% the profit made from the sale to the 9/11 foundation hoping to end the seemingly unceasing public backlash and negative attention.

To be completely honest, more than 30% of the profit should have been donated because it is immoral to capitalize on a national tragedy by making a sale celebrating its anniversary. Also, the makers of the commercial never originally intended to donate 30% of their funds and only did so to make it seem like they cared when in actually they only care about the money. They should of taken into consideration how many people died and how many families lost relatives therefore find the commercial offensive and thoughtless. Most people will do whatever it takes to make money and they will never think about the people they have to hurt in order to get what they want.

During an interview with a local San Antonio news station, Bonanno was crying and claiming that she is worried about all the death threats she and her workers are receiving. When she speaks about the effects of the commercial she does not seem to be concerned with the people who she offended but rather her own safety. Bonanno should give respect to the emergency rescue crews  that risked their lives, and ultimately lost them, to save as many people as they could on 9/11.

Miracle Mattress made a tremendous mistake by airing a commercial that has offended millions of Americans across the country.  Taking advantage of a national tragedy to promote your business is selfish and irresponsible.  Hopefully, all United States citizens can learn from the company’s mistake and will never try to monopolize on 9/11.