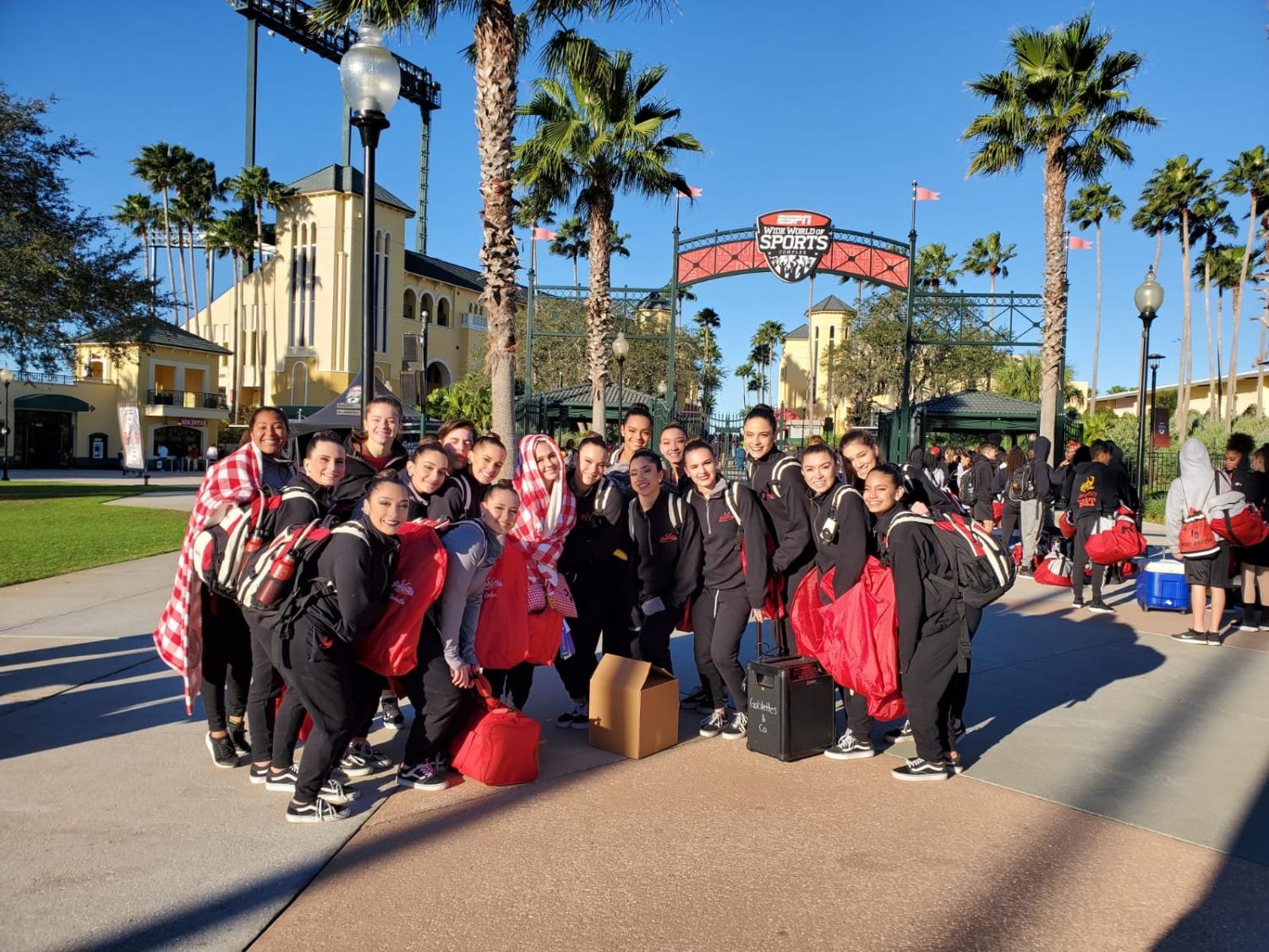 The team on a cold morning in front of the ESPN World of Sports in Orlando, Florida. (Gablettes )

The team on a cold morning in front of the ESPN World of Sports in Orlando, Florida.

This past weekend, on Jan. 19, the Gablettes dance team traveled up to Orlando in order to compete at the UDA (Universal Dance Association) High School Regionals at the ESPN World of Sports Center. The team faced fierce competition, dancing against teams from schools including Winter Park, Maine South, The Villages and Lake Mary to place 4th in Contemporary and 5th in Kick.

The Gablettes plan on continuing to polish their dances and are aiming for higher rankings at the NDA (National Dance Association) Nationals, which takes place in March.

Practicing for this competition was very challenging because of the busy schedule this dance team has at Gables. Alongside practicing for the competition, the team also had to practice routines for events like Fall Frolics and pep rallies.

Two weeks before UDA, the Gablettes had practice every single day, even on weekends. When they went up to Orlando the day before their competition, they practiced the night before in the parking lot of their hotel, and started warming up the morning of, even though it was 40 degrees outside. No matter what the circumstances were, the Gablettes did not lose an opportunity to perfect their dances to the best of their ability. 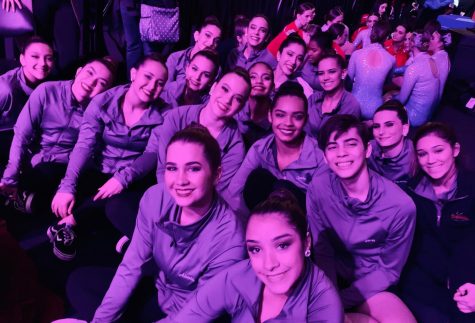 Gablettes
The Gablettes awaiting to begin their competition at UDA the morning of Jan.20.

“We practiced until 7 every day and on weekends we practiced from 8-3 to prepare for UDA. The reason we went this year was to get as much constructive feedback from the judges in order to prepare for NDA,” senior Janelle Lora said.

Competitions, for any team, are essentially a learning environment. Noticing what others do right and what they do wrong helps teams learn and grow. The Gablettes express that they are inspired by what they saw last weekend and that they are even watching some of the dances that were performed by other groups. It shows them the level they need to perform to achieve all their goals and rank higher.

“I see the team evolving for the better by going to competitions like UDA, where we are really exposed to constructive criticism, and we compete against almost perfect dances performed by other teams. It was a huge learning experience last weekend to go and see what we ourselves want to become eventually,” sophomore Paulina Texier said.

On the road to success, the Gablettes are now preparing and taking in all that they have learned and applying it to prepare for nationals. All of their evaluations are now going to affect how they strive to improve improve from to bring home a national title.