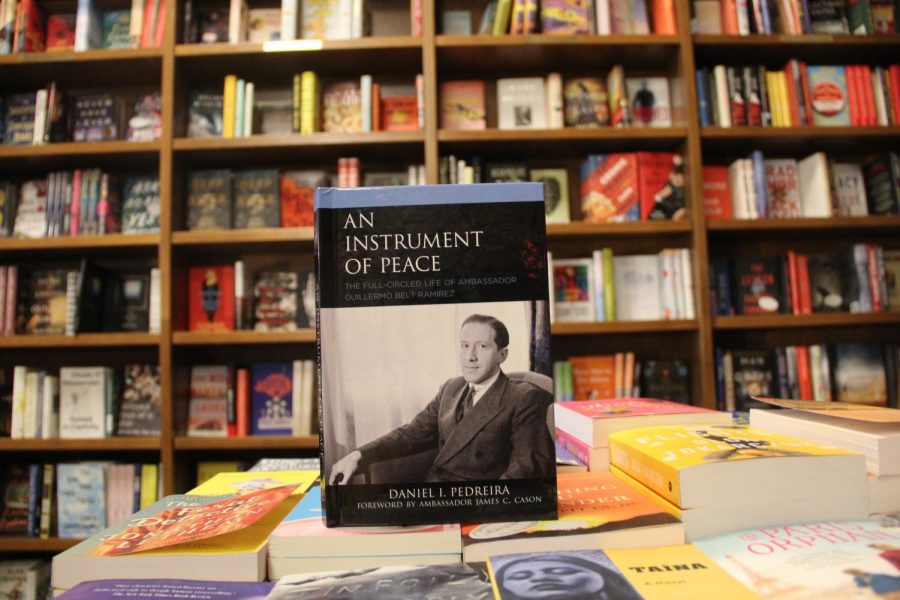 On Sept. 9, 2019, Coral Gables High School class of 2002 graduate Daniel Pedreira presented his much anticipated second book, “An Instrument of Peace: The Full-Circled Life of Ambassador Guillermo Belt Ramírez“, at Books & Books in the Gables. The room, filled with friends, family, colleagues, politicians and diplomats, attentively listened to Pedreira’s reading of his book and asked him questions ranging from his sources of information for the book to his ultimate goal in writing a historical work and its importance.

A graduate of Coral Gables Senior High and Carver Middle School, Pedreira boasts an impressive resume as he currently pursues his doctorate degree in political science at Florida International University, at the Steven J. Green School of International and Public Affairs. His interest in politics began before this, with a bachelor’s degree in International Studies and a master’s in Peace Operations from the University of Miami and George Mason University, respectively.

For six years, Pedreira worked as an aid to congresswoman Ileana Ros-Lehtinen, the chairwoman of the committee of foreign affairs at the time. An undoubtedly influential figure in Miami politics, Ros-Lehtinen praises Pedreira’s “passion for helping others and preserving history for generations to come.” She compares his dedication to the conservation of the history of Cuban-Americans to that of her father, Enrique Ros, a prominent activist and author who continuously pushed for democracy on his native island.

Pedreira’s first book, “The Last Delegate: The Political Development of Emilio ‘Millo’ Ochoa”, tells the story of Emilio Ochoa and his influence in Cuban politics during the 40s and 50s. His writing and accomplishments extend beyond his published biographies, as he contributes to various newspapers and forms part of various groups focused on the history and issues of Cuba.

“It’s really interesting that a former Gables student has published two books on a subject that is so important, especially in Miami. I think that as a Cuban-American it is important to learn about the history of where we came from,” said senior Jorge Valero.

“An Instrument of Peace: The Full-Circled Life of Ambassador Guillermo Belt Ramírez” is a biography of Guillermo Belt Ramírez, a formidable diplomat and political figure in Cuba during the 1900s. He served as ambassador the to the US, the Soviet Union, the United Nations and the Pan-American Union, as well as mayor of Havana for a year. His efforts to solidify Cuba as an influential and progressing nation were met with the set-back of exile after the rise of Castro to power. Belt’s strides for democracy on the island continued in the US as an esteemed member and representative for the community of exiled Cubans, and as Pedreira puts it: “Belt defined Cuban policy in Washington.”

“He [Belt] demonstrates the best of that period: to think independently, to promote independence, and promote human rights, not only in Cuba,” Daniel Pedreira said.

Daniel Pedreira’s work and research in writing his latest book have the purpose of preserving the stories and achievements of Cubans in history. As time passes, it becomes more urgent that historical accounts be recorded in order to protect and solidify the narrative of Cuban-Americans as a continuous force in politics and that this unwavering work towards freedom may not be forgotten. 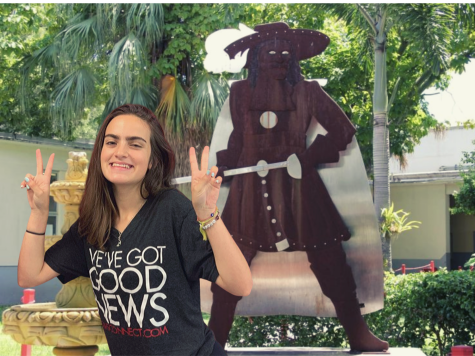