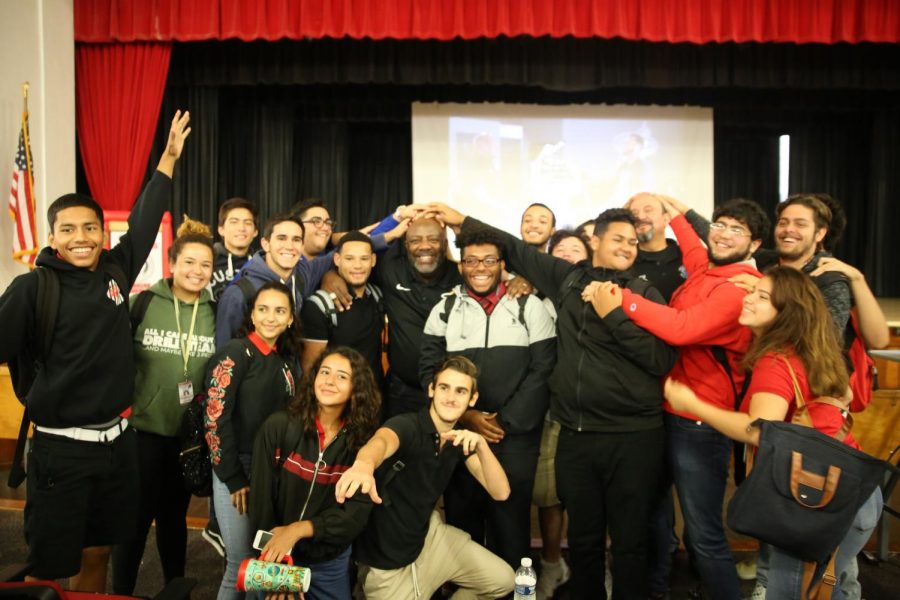 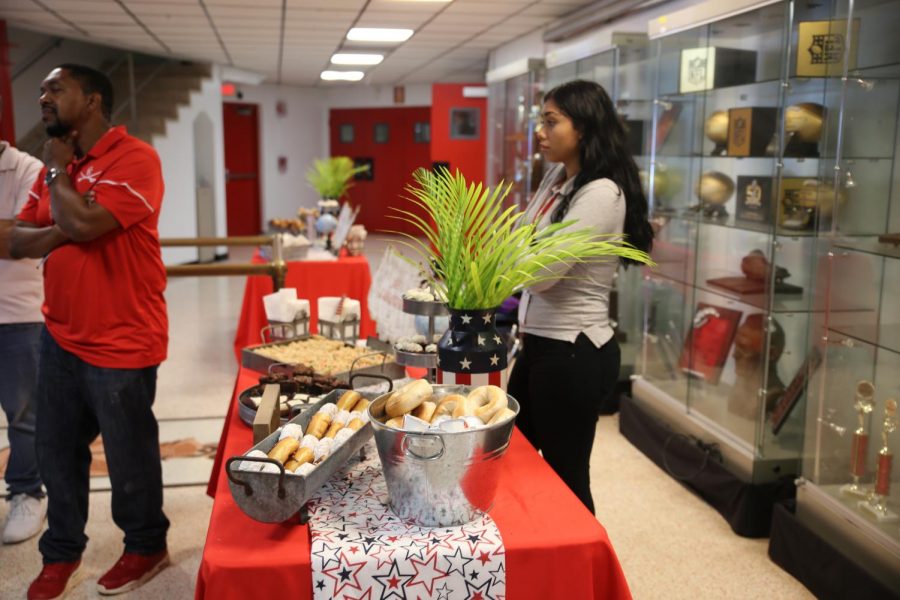 After a busy year preparing for the history End-of-Course (EOC) exams, Cavalier teachers Carlos Diaz and Alysia D’Alemberte thanked their students for their hard work by holding a celebration in honor of those who passed the test. The event was held Sept. 20 in the school’s auditorium and welcomed Jason Jackson, the reporter for the Miami Heat on FOX Sports Florida, as a guest speaker.

After students treated themselves to some delicious snacks, Jackson gave a motivational speech and raffled some items that were gathered by Mr. Diaz and Ms. D’Alemberte, including t-shirts, gift cards, tickets to different events, the iPhone X, and a computer.

Senior Stephan Denwood, a member of the CGHS basketball team, won a $25 dollar Best Buy gift card. As a basketball player, Denwood was impacted by Jackson’s advice, especially as he encouraged the students to pursue their goals in both their academic and personal lives despite the challenges they may face.

“I was so surprised that I won the gift card, and was honored to receive it from Jason Jackson. After the event, I felt an inspiration to not only continue developing as a student but also as a person,” senior Stephan Denwood said.

In an environment where every subject is tested, it is easy for students to become quickly discouraged when their test scores do not live up to the time and effort they expend studying.  However, according to D’Alemberte, the key to keeping students from falling into this rut is to offer them support and encouragement.

“A lot of our kids passed the test and I think that if we motivate children and we make them feel good and we make them realize that we believe in them, then we are gonna get more out of them and that was proven to us by the results,” teacher and Best Buddies sponsor Alysia D’Alemberte said.

The validity of her words can be proven by CGHS’ 71% pass rate, which significantly exceeds the statewide average.

After a fun kick-off to the year, this year’s United States history students are ready to take on their goals and become just as successful as their peers were last year.