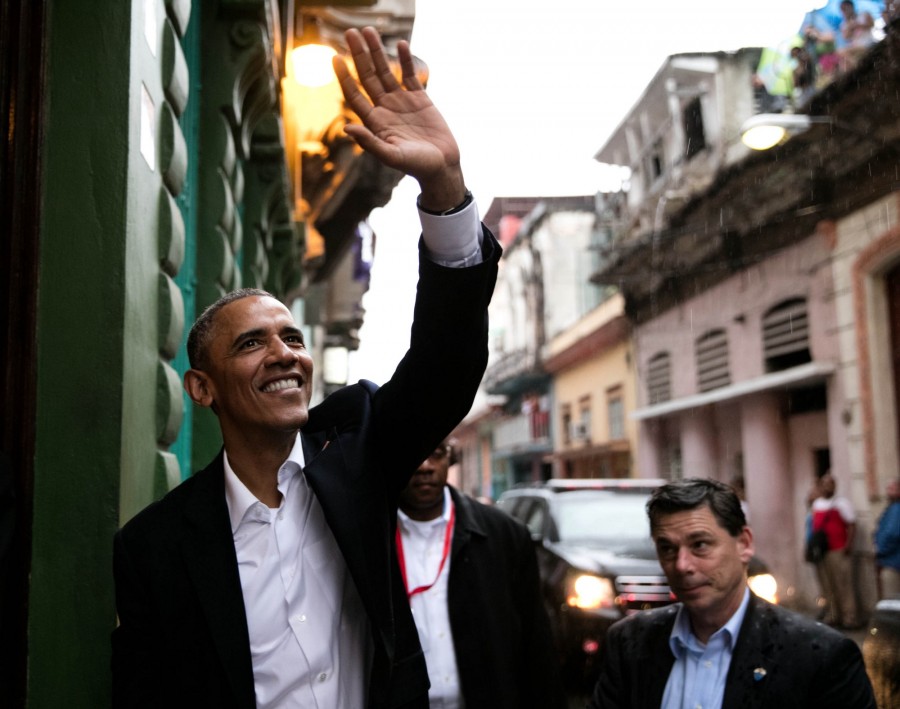 President Obama strove to make amends with the Cuban government, in an effort to end a lengthy, hostile relationship.

A Change for Cuban-American Relations

On Feb. 18, President Barack Obama announced his historic visit to Cuba, the first United States (U.S.) President to visit Cuba since 1959. The announcement, having followed over half of a century’s worth of minimal relations, struck controversy throughout the nation.

Obama’s encounter with Cuba’s President, Raul Castro, occurred in efforts to reconcile any hostility and make amends on the current 54-year old  trade embargo. On March 20, Obama announced that Congress may be lifting it soon after his leave; serving as hope for the Cuban-American relationship but also reopening past wounds of many elder Cuban-American immigrants. During his trip, Americans watched as Obama gave a speech, emphasizing the importance of respecting both countries’ disparities on political ideologies but rather recognize the many similarities our two countries share.

Shortly after his speech at the Grand Theatre in Havana, Obama visited a group of Cuban protesters. This brought much discontent to Castro, who had previously denied having any political prisoners to a U.S. Reporter.

“President Obama’s visit evidently sent a clear message to the Cubans that the United States is on their side. As a Cuban, I think his visitation is a great step to form a better relationship with a country that the U.S. has been on bad terms with for a long time,” freshman Pablo Hanono said.

Obama’s visit to Cuba came to an end as he met with Castro at a Latinoamerican Stadium in Havana to watch a baseball game between the Tampa Bay Rays and the Cuban national team. Obama’s visit to Cuba served as hope for both countries to come to a slow but peaceful reconcilement after many decades. While the visit may have awakened difficult memories for some current Cuban citizens, some also agree that this new development of history in the making was a necessary move.