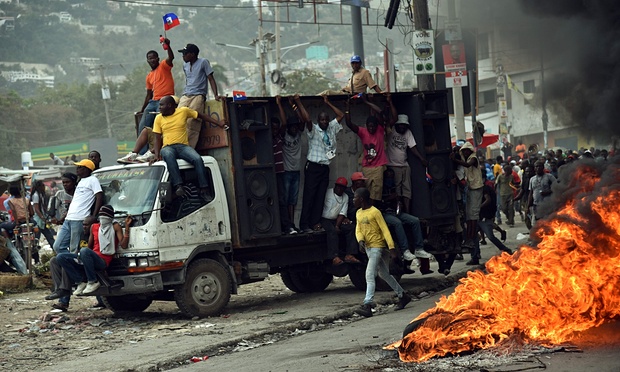 On Sunday, Jan. 7, President Michel Joseph Martelly left Haiti in constitutional crisis when he ended his term without a successor. Martelly’s resignation was brought on by civilian riots demanding a resolutions to his decision to postpone presidential elections twice in the past years.

Michel Martelly’s faulty presidency extends back to his indefinite postponement of the presidential elections on Dec. 27. This decision resulted in the lack of a successor after his leave from office.

Martelly’s resignation was an agreement foraged between the leaders of both chambers of parliament and himself, in an attempt to fill the constitutional crisis created by December’s presidential runoff. This decision was reached as Martelly’s presidency was to expire and installed a plan for the implementation of an intrem provisional government.

“Regarding the political presidential situation in Haiti at the moment, I think Haiti can use all the help it can get. The United States should step in and help resolve the Haitian political problem and prevent any disputes or conflicts that could arise from this,” junior Oscar Barrios said.

The lack of a successor was quickly resolved within days of Martelly’s resignation with the election of  Jocelerme Privert as intrem president. This position would last no more than 120 days, while the presidential elections resume.

Despite these devastating circumstances, the Haitian government is planning to look onward as they plan and prepare for a democratic comeback. Hopefully, Haiti is able to overcome these struggles and construct a safeguard that will prevent similar situations from occurring again. For more information click here.