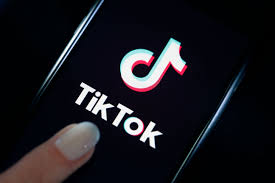 Is TikTok taking away from our concentration?

During the era of social media which dictates the flow of global culture and popular trends, there have been rapid changes in people’s abilities to focus. Modern times move at swift paces at the hands of technology. News updates by the minute, social interactions through a screen, being one click away from an entirely new pool of information and the constant refreshing of viewing how many likes a picture has amassed  has had its impact on attention spans in alarming ways.

The never ending flow of fast paced stimuli has gradually changed the amount of time a certain post or issue can hold the public’s attention. In 2013, a hashtag stayed in the top 50 trending hashtags of Twitter for an average of 17.5 hours, while by 2016 had decreased to 11.9 hours, according to a collaborative study done by Technische Universität Berlin, Max Planck Institute for Human Development, University College Cork and Technical University of Denmark.

Collectively, social media use is shifting mass attention on big issues faster in the span of only a few years. More and more people rely on the apps for their news updates. According to the Pew Research Center, 62% of adults relied on a social media site for their news. This reliance can be harmful since the information posted is not curated, might not come from a reliable source and can be drowned in someone’s personal opinions. If the trend continues and hashtags continue disappearing faster this could be harmful in raising the public’s awareness on serious subjects, such as new legislatures or illnesses, since topics will be gone.

Social media is still a relatively new commodity and since its beginnings, it has changed the world indefinitely and has affected people’s brains. The boom of social networking sites officially started after the launch of Facebook in 2006. There is a stark contrast between attention spans in the 13 years from 2000 to 2013 — the National Center for Biotechnology Information claimed that the average human attention span has dropped from 12 to 8 seconds. This may be attributed to the rise of social media with the introduction of Twitter, Tumblr, Snapchat, Instagram and many more in these years.

The mobile application TikTok is becoming increasingly well known and widely used by a variety of age groups. People enjoy sharing dances they choreographed, vlogs about their day or posting memes on the platform. The American Medical Association published a study in which they discovered that teenagers who used multiple social media sites per week began to develop symptoms of Attention Deficit Hyperactivity Disorder (ADHD). With the user demographic of TikTok swaying more to the younger side, 41% being between the ages of 16 to 24 according to GlobalWebIndex, it can have a more profound effect on them due to their developing brains. Some Gables students have also found that doing leisurely activities such as watching a movie have now become a hassle since they are not as accustomed to laying attention on a sole plot for extended periods of time.

“When I was younger longer tasks were easier to complete, now I can hardly focus on reading a book or even do leisurely activities for concentrated amounts of time,” sophomore Aracelli Ross said.

Social media is not slowing down. As time changes and new life demands and accessories change the way our brains handle stimulation, it could lead to more effective multitasking abilities. In only about two decades since the turn of the century, there has been a shock of new inventions with the intentions of enhancing the human experience. The rigor of the modern world may require a speedy mindset. This habit of loss of concentration can be diminished however by making the effort to get through one task without electronic distractions and setting certain times for only face to face social interaction.