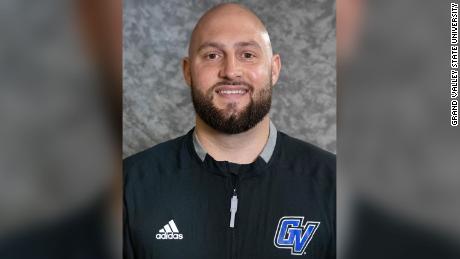 Morris Berger, a recently hired football coach at Michigan’s Grand Valley State University (GVU), suffers the consequences of his on-record comment to say that he would take leadership skills from Adolf Hitler.

Crimes against humanity are no joking matter to most people. For Morris Berger, however, Hitler’s “leadership skills” are ideas he personally takes into consideration.

Now former football coach, Berger, was at first suspended for his Hitler comment.

“We are conducting a thorough investigation,” was the only response by GVU to CNN’s inquiry.

In Berger’s position as a football coach, it is not only irresponsible to go on a platform and admit such an atrocity, it is despicable, whether it is a joke or not. In an interview with the sports editor of Grand Valley Lanthorn, the university newspaper, Berger contradicts himself, leaving his words to be ambiguous; it is difficult to tell whether he is implying that taking tips from Hitler or dining with controversial figure such as Christopher Columbus is just his way of implying dark humor.

“It was obviously very sad and he had bad motives, but the way he was able to lead was second-to-none,” Berger said. “How he rallied a group and a following, I want to know how he did that. Bad intentions of course, but you can’t deny he wasn’t a great leader.”

It is almost impossible to know if every word he said was thoroughly processed, or if he had no idea how to defend such a controversial statement. Berger, someone who has a degree in history, is more than properly educated on the controversies of both Columbus and Hitler. To claim ignorance, with his knowledge, would be less than acceptable. In the end, the only correct thing to do in a situation like this one is to immediately fire him. The fact that the university did not immediately investigate reflects their way of giving Berger the benefit of the doubt.

“What he said was grossly ill-advised,” junior Sammy Gazda said. “ Leading a society toward genocidal violence should be absolutely condemned.”

Berger in no way was sensitive with his word choice, making it hard to believe that his comments are not anti-Semitic. Conversations that a football coach such as Berger, may or may not have with his peers are not conversations that should necessarily be made a public platform, such as the school newspaper. In response, Grand Valley State University released a statement to confirm that the coach’s comments did not reflect the values of the university. As a staff member of the university, his job is to reflect, not destroy the values of the university.

With his words, he has allowed anyone that has access to the school magazine to be affected by his comments. This coach’s actions highlight the importance of thinking before speaking, which cost his job as a coach and ultimately damaged his reputation. Most people will remember him for his comments, and not for the possible good things he had done with his life.

As a society that encompasses diverse communities, we can learn from a single man’s words and actions. Berger should have been fired immediately, without being given a second thought, without a suspension or without an opportunity to resign. Hitler’s crimes against humanity created a still-healing scar in history, affecting countless individuals around the world. This controversy is more than important — it is a lesson to anyone, regardless of position, to be sensitive and attentive with words that can be hurtful to others who have felt and experienced the horrors of the Holocaust.