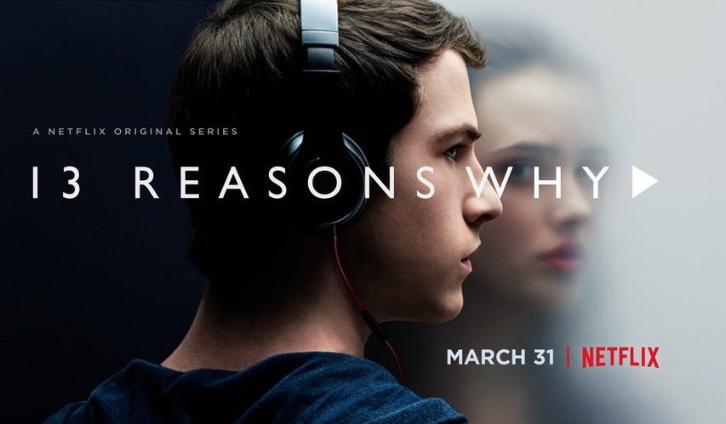 13 Reasons Why Not: A Corporate Exploitation of Mental Illness and Trauma

With controversy spinning over the release of Netflix’s hit teen drama, “13 Reasons Why,” professionals and viewers alike grow concerned with its careless depiction of graphic events.

In the weeks leading up to the release of the second installment of the Netflix series “13 Reasons Why,” excitement built with the prospect of the next “binge-worthy” season. The show, originally based off of a novel by Jay Asher, follows the story of the suicide of Hannah Baker, who leaves behind tapes in the wake of her passing for every one of the “reasons” for which she killed herself. Rife with drama, suspense and gimmicky cliffhangers, the show won instant appeal with its intended demographic of susceptible teenagers, entangling the important conversation regarding teen suicide rates with digestible teen drama and cheap ploys for the viewers’ interest. After its initial release, the show drew heavy criticism from audiences and mental health professionals alike for its romanticization and promotion of suicide as a viable or justifiable option. In spite of these critiques, Netflix charged ahead with its next installment of the show, which would go on to feature increasingly graphic content straying from the original plotline, capitalizing on the shock-factor value that the grotesque storylines provide. As backlash rages from concerned viewers and professionals alike, producers and Netflix officials provide flimsy justification for their actions, claiming the show is an attempt to raise awareness for teenage suicide rates and other issues such as bullying, drug use and rape, but it falls miles short of this goal, whether intentional or unintentional.

When the show was first aired, it was heralded as a progressive, awareness-driven effort to prevent teen suicide. However, the original season proved extremely unproductive towards achieving this goal, being labeled by many as accomplishing the opposite of this. Many organizations such as the World Health Organization (WHO), the National Suicide Prevention Organization and mental health commentators, such as Mark Hennick, have broken down the multiple ways the show does more harm than good in factual, proven studies. In fact, in “Preventing Suicide: A Resource for Media Professionals,” the WHO breaks down the guide into the following sections:

Reading through this list, it is obvious where the directors, writers and producers of “13 Reasons Why” committed an egregious disservice to their quest of suicide prevention. Throughout the storyline, suicide is grossly sensationalized, shown to be a way out for Hannah and a way to pay back her friends. Promoting this idea to an impressionable audience is incredibly irresponsible and reckless of any television producer, especially one pandering to a young demographic. After the show initially aired, concerns from professionals rose globally regarding the depiction of Hannah’s motivations and method for suicide, as teenagers are more likely than ever to commit a “copycat suicide,” attempting to emulate the results of what they are influenced by in the media. Going beyond merely focusing around the idea of suicide, the show explicitly shows a depiction of it occurring, desensitizing its audience to the horror and fear surrounding the act, and making it seem more accessible and easy to carry out. “13 Reasons Why” reiterates to its audience that suicide is indeed an option or way out, while completely circumventing the cause of the majority of actual suicide attempts, mental illness.

Suicide is not a solution to stop being bullied in high school, it is an epidemic robbing America alone of millions of young lives. The majority of these individuals lived with some kind of mental illness, tormented and suppressed by a suffocating stigma surrounding their mental health, which “13 Reasons Why” does not successfully help reduce. The show’s strategy for suicide prevention is one of damage control, attempting to bandage over the bullet hole of the damage done by their graphic depictions with trigger warnings and links to resources. However, an essential plotline which could effectively discourage audience members from choosing suicide is absent: one of a character affected by mental illness or other trauma who is able to find the resources and help necessary to overcome their struggles. The show has a great amount of influence over the conversation of suicide for young people, but do not use it to leave a positive impression on their viewers. Instead, “13 Reasons Why” reinforces to the public that suicide is a viable option, while avoiding an opportunity to offer constructive forms of help which could in turn save countless lives.

The second season of the Netflix show went far beyond its failures at suicide awareness, however, depicting much more troubling sequences throughout the episodes. It’s graphic depictions of multiple rapes, an attempted school shooting and other dramaticized events are an irresponsible, dangerous serving to the young viewers being targeted by the series. Though the show’s main defense is the trigger warnings which the show provides before some episodes and the credible resources they provide for help, even these band-aids point to the deeper problem— Netflix is aware of the audience they are pandering to with their teen drama. Though given an “MA” rating, the series is most frequently viewed by teenagers and young adults, as it is promoted towards their demographic with its dramatic content and somewhat relatable high school storylines. Aware of this, Netflix charges forward with its graphic depictions of violence, taking advantage of the shock factor the scenes provide and the viewers they can reel in. This young audience is purposefully targeted and drawn in, before being exposed to triggering content and irresponsible depictions of suicide in order for the show to reach its quota of views.

Of course, Netflix did not produce this show with the intent of causing harm to its audience, but its irresponsibility is equally as dangerous as purposeful harm. Netflix is a multi-million dollar corporation, with the resources needed to be conscientious of the guidelines provided by professionals and create a show that safely and constructively accomplishes its goal. Yet it brushes aside these considerations, going through with its overly dramaticized depictions of teen life to draw in a vulnerable audience and capitalize on the glorification of their sufferings. “13 Reasons Why” presents an oftentimes realistic view of adolescent life, however by the most reckless means possible, running the risk of exposing their audience to a glorified, normalized view of suicide, rape and violence.

It should be noted that these issues are not ones to be avoided or shunned out of fear in the media, but are to be highlighted in the correct and responsible way. Netflix has already successfully done this by featuring some such constructive content such as the documentary series “Don’t Call Me Crazy,” on their streaming service. The series follows a group of adolescents on their real-life journeys through recovery from mental illness in a psychiatric ward. The documentary does not gloss over the glaring realities of the trials faced by the patients, blatantly discussing and presenting the results self-harm, suicide and eating disorders. The patients talk blatantly and honestly to the cameras about their struggles, but also about their hopes for the future and motivations in recovery, and the show is presented with the overarching theme that resources are available and worth using. The stories are real, not promising a heart-warming ending, but the show successfully presents the reality of the severity of mental illness, raising awareness of it to the general public while also encouraging young sufferers to find help and stay committed to their recovery, knowing there are better days ahead. These are the types of constructive programs that should be funded and promoted to successfully help young people struggling today.

When a viewer decides to consume media they do so at their own risk, but the producer shares an equal responsibility to provide ethical content which will influence the future actions and mental health of their audience. The fact remains: suicide is not an artistic choice or a storyline depicted for profit, but a serious problem which needs to be successfully represented in mainstream media, void further stigmatization.