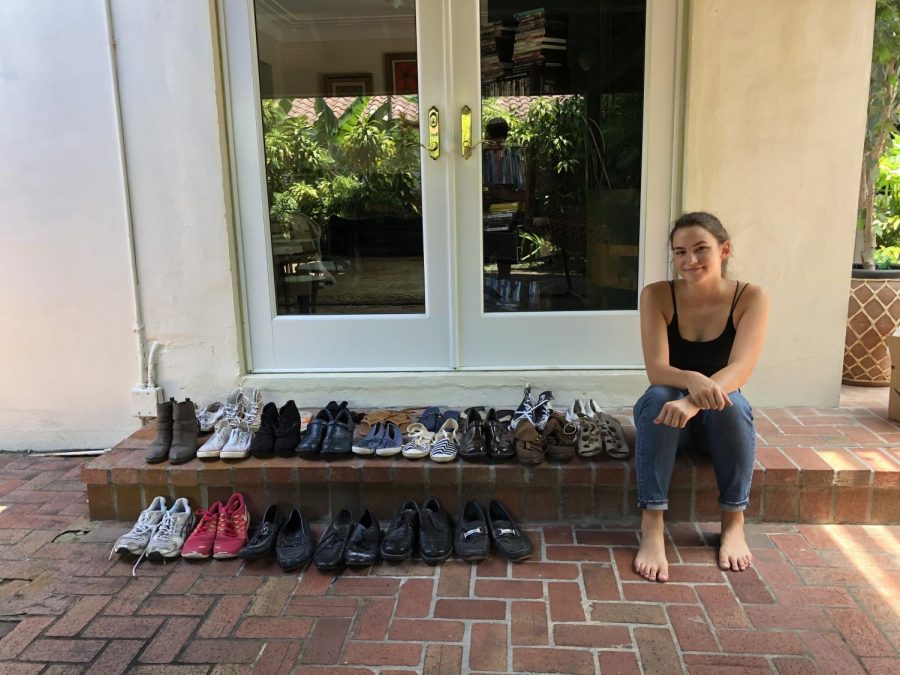 Senior Mccall Horton sitting with some of the shoes she has collected for her shoe drive "Shoes for the Unshoed."