I was the youngest person at the first 2020 Presidential Debate

As Generation Z takes its power to the polls, students too young to vote are participating in civic engagement at high platforms 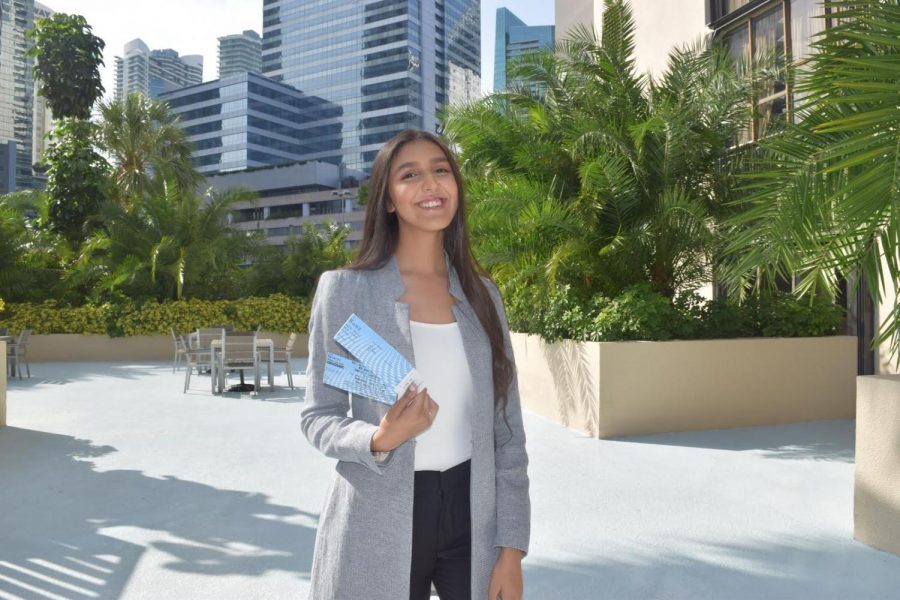 Since the seventh grade, my father and I have watched every presidential debate together, supplemented by all the Saturday Night Live parodies, of course. Growing up as an Iraqi-American, I have always gravitated towards the male-occupied side of the room where controversial takes on politics were ping-ponged between uncles in my family.

Backtracking to March 2016, I emailed the host of the final GOP Presidential Primary Debate. As you can imagine, no prominent political stakeholder jumped at the chance of inviting a middle schooler to one of the nation’s premier events. Thus, my family’s pastime continued from our apartment’s couch and recliner.

Now, as a 16-year-old, I have to relentlessly launch myself into spaces outside my comfort zone to create otherwise unavailable opportunities. Sure enough, voters decades my senior discourage youth involvement in politics in my experience.

“What do you know? This does not concern you!” monotonously plagues my after-school phone-banking sessions.

Much to their consternation, Millennials and Generation Z will account for 37% of 2020’s electorate according to Axios, with factions such as the LatinX, Muslim and Native American communities. The upcoming presidential elections could not impact these communities and my future any more directly. Galvanizing youth to become the change they wish to see is the only foolproof way to ensure a more representative union.

Through this, I have managed to establish my voice in various posts as the youngest congressional campaign fellow in one of America’s most competitive districts and as the rising president of the Miami-Dade Teen Democrats.

As a result of emailing the Elizabeth Warren campaign about unrelated local political work, I walked into the Adrienne Arsht Center with a sense of pride in the work I had done in the three years since my email. The prestige of those in attendance made me consider the possible career options available to me in the not-so-distant future.

A candidate’s family members were exchanging pleasantries behind me, as laughter and what I imagine resembles Cloakroom chat resonated from the stairway overhead. Among the crowd were D.C. insiders, one of whom attended the last three Democratic National Conventions; another, reminiscing over her time on Capitol Hill and how she has watched politicians age out of the system.

I, however, had been dropped off by my father in our 2011 Toyota Tundra.

The overwhelmingly blonde and cocktail-dress-clad clan around me invoked a deep sense of ineptitude, to which I straightened my posture yet sought refuge from in the comforting smiles of the three female security guards ahead. I then realized spaces as these were not meant for the first-generation American student, nor the one with a stash of free campaign shirts locked away in her closet.

By thrusting myself into work that boosts youth civic engagement, whether its voter registration or leading talks on current affairs among peers, it is to be anticipated that new hands are steering national civic discourse.

Afterward, the woman behind me turned to ask how someone like myself was at the front of the line. Through small talk, she urged that I create a business card, consider running for office in the future, and visit her place in D.C. if the chance comes. Later in the evening, when discussing her candidate of choice with a colleague, the topic of representation came up. With her candidate being a Caucasian male, she turned to me without a beat claiming, “Oh, we have diversity!” to then meet me with a boastful smile as I was the tannest person in her aisle.

My ethnic background and young age are not to be mistaken for naiveté or inexperience. Nor should I feel a sense of indebtedness when surrounded by those who operate the cogs of America’s political machine.

As a means of reaching out to and recognizing the power of minority groups, candidates Beto O’Rourke and Cory Booker had tried their hand at Spanish. Shortly after, the woman to my left received a text message that read, “This is America. I did not know that speaking Spanish was a requirement to be president.”

The Democratic Party rejects the divisive rhetoric Donald Trump uses daily to fuel his “us versus them” dichotomy. If moderate candidates from traditional backgrounds are unwilling to evolve for the sake of their own votes — if not the nation’s future — then it is regressive to resent the progress others are making to do what they cannot.

Despite not having committed to a candidate yet, I am beyond grateful to Senator Warren’s campaign for inviting me and allowing a teen to witness democracy firsthand, to watch the candidates walk onstage was as if the characters of a storybook were popping off the pages.

As the upcoming era features major politicians hailing from single-parent households such as Julián Castro and minority groups like Kamala Harris, the rusting mechanics of our political machine glimmers with new-found colors and hope.

It is our obligation as the next generation to stay knowledgeable, up to date and civically active. My premature attempt at civic leadership four years ago was not in vain as much as the beginning of involvement in the political process beyond an overlooked email.