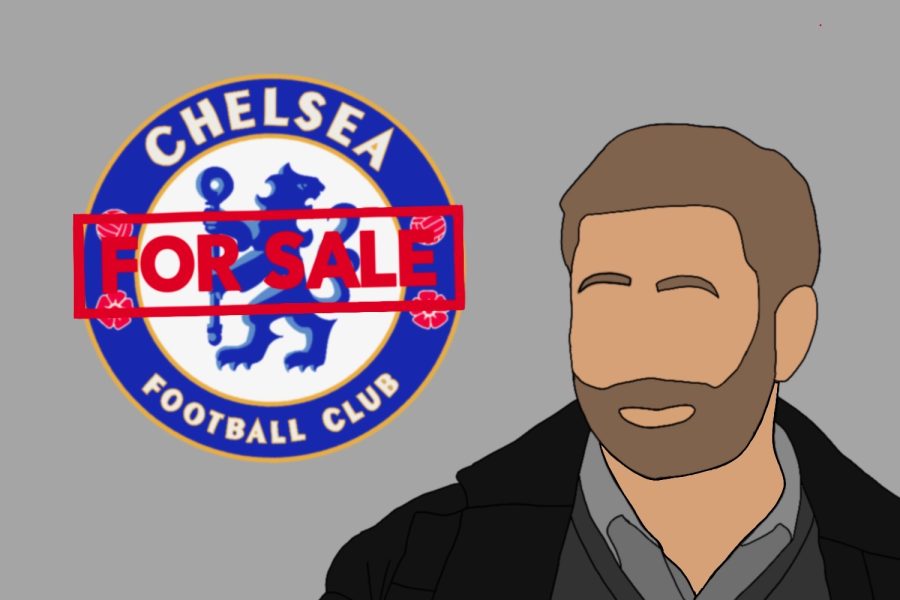 Chelsea FC is officially up for sale by owner Roman Abramovich. Abramovich’s decision spurred from the developments in the Russian and Ukrainian conflict as Abramovich’s relationship with Putin’s regime may cause trouble for Chelsea’s operation.

Abramovich’s funding of Chelsea contributed heavily to the club’s development in the past 20 years. The total amount of money loaned to Chelsea from Abramovich’s own wealth amounts to $2 billion, giving Chelsea the means to become one of the most formidable teams in Europe and develop their youth academy. Abramovich’s funds also boosted the development of the Chelsea Women’s Football Club, developing them from an amateur operation in 2013 to the Women’s Champions League finals in 2021.

“As a Chelsea fan, Abramovich’s decision is a huge disappointment. Chelsea’s success in the past 20 years is largely due in part to Abramovich’s influence. It is troubling to think about how the trajectory of the club may shift because of this monumental development,” senior Joaquin Breslin said.

Chelsea is currently valued at $2.1 Billion by KPMG limited, a global accounting organization. After formally announcing his desire to sell the club, Abramovich reportedly received multiple bids within the range of $4 billion. Among those interested in the club are a consortium between Swiss billionaire Hansjorg Wyss and Todd Boehly, Crystal Palace minority owner Josh Harris and property developer Nick Candy.

However, the future of Chelsea is as uncertain as ever following the sanctions placed on Roman Abramovich on Mar. 10, 2022. As a result of Russia’s invasion of Ukraine, countries across Europe have taken action to deter Russia’s economy. Abramovich has been designated a target for sanctions by the United Kingdom’s government which significantly impacts any future decisions made by the club.

“It sucks to see Chelsea and Roman Abramovich having to make such a monumental decision seemingly out of nowhere. I feel like a vast majority of Chelsea fans support Abramovich for what he has done for the club and are sad to hear that the relationship between the club and him will have to end in such a negative light,” senior Oliver Michel said.

As a result of the sanctions, Roman Abramovich will only be able to sell the club under the supervision of the U.K. government. Chelsea is also prohibited from buying and selling any players, negotiating contracts and selling tickets and merchandise. Abramovich’s ownership of Chelsea has proved extremely beneficial to the club’s growth, however, his current relationship with the club may prove detrimental for Chelsea as long as the sanctions remain in place.

A club of Chelsea’s caliber being sold is not a frequent occurrence, especially with the decision being made under precarious circumstances. While Chelsea may still be owned by Abramovich, his desire to make a decision prioritizing the interests of the club may see a drastic shift in the operations of the club in the future.