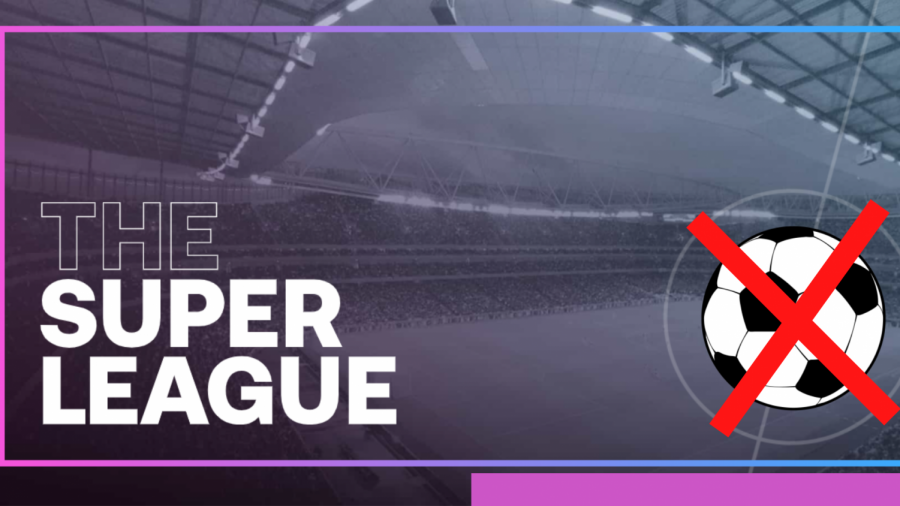 The Super League could end soccer a we know it. But...why?

Leadership figures of Real Madrid, Manchester United and Juventus have announced the creation of a new European soccer competition: the European Soccer League. Created by Florentino Perez, the president of Real Madrid, this breakaway league would eliminate the Union of European Football Associations Champions League, the historic European soccer competition that has been around for 27 years. Many opinions of the tournament have been thrown around, but what is the Super League really?

According to Florentino Perez, the Super League will be a closed league that will contain 20 clubs forming in two groups of 10. Within these 20 clubs, there are 15 founding clubs that will remain in the tournament each year. A total of 12 of the 15 founding clubs have already been decided as they are some of Europe’s wealthiest clubs. The remaining five spots in the tournament will be occupied by the best teams outside of the predetermined group for that season.

The games will take place in the middle of the week and will replace the Union of European Football Associations Champions League and the competition will start in August of 2021. After the group stage, there is a two-legged knockout system until a singular final in May at a neutral venue. The winning club could receive up to 400 million euros.

The Super League contains Manchester United, Manchester City, Chelsea, Arsenal and Tottenham along with Real Madrid, Barcelona, Atletico Madrid, Juventus, Inter and AC Milan.
The first six teams listed are widely known as the “Big 6” of English soccer due to their prestige, accomplishments and investments. With that said, Arsenal and Tottenham have never won a Champions League title.

Barcelona, Real Madrid and Atletico are the most popular teams in La Liga as Real has amassed a total of thirteen Champions League trophies to Barcelona’s five. Atletico Madrid has not won any of these trophies but they have lifted the UEFA Europa League trophy three times. Juventus, AC Millan and Inter Milan have won 12 Champions Leagues between them.

UEFA and the Fédération Internationale de Football Association are strongly opposed to this idea. These notions have been expressed by UEFA President Aleksander Cerefin. “I cannot stress more strongly at the moment that UEFA and the football world stand together alongside this disgraceful, self-serving project from a select few clubs in Europe fuelled by greed above all else,” said Cerefin on a press conference on Monday, April 19th.

Currently, UEFA and FIFA are threatening the complete banning from the UEFA European Championships and the FIFA World Cup for all those who participate in the Super League. Other punishments may include disqualification from the current Champions League, domestic league point deductions and heavy fines.

The proposal threatens to uproot domestic leagues such as the Premier League, La Liga and Serie A. The money gained from these already wealthy clubs will further the gap between them and those clubs that are not within the league. Each club in a domestic league relies on the others for funding and resources. The performance of the founding clubs would not matter because they would be allowed to perpetually stay in the competition, which would take away the competitive nature.

“I think it was all about business from the get-go, soccer, like anything in life, is a business. The only benefactors from this proposal will be the club owners, no one else,” sophomore Luis Tobar said.

The consequences to this tournament are innumerable and its responses have been overwhelmingly negative. Florentino Perez has made the case that it was created “for the good of soccer” and claims that the clubs who have signed up cannot leave. One thing is for certain though, if this is allowed to take place, the Super League will change the course of European soccer forever.

“The concept of the Super League was anti-soccer, hence the complete backlash it received. I think overall it united soccer fans and it set a precedent in the soccer world that fans are the ones with the most power,” sophomore Nathaniel Leiva said.