The NCAA Once Again Under Fire for Discrimination 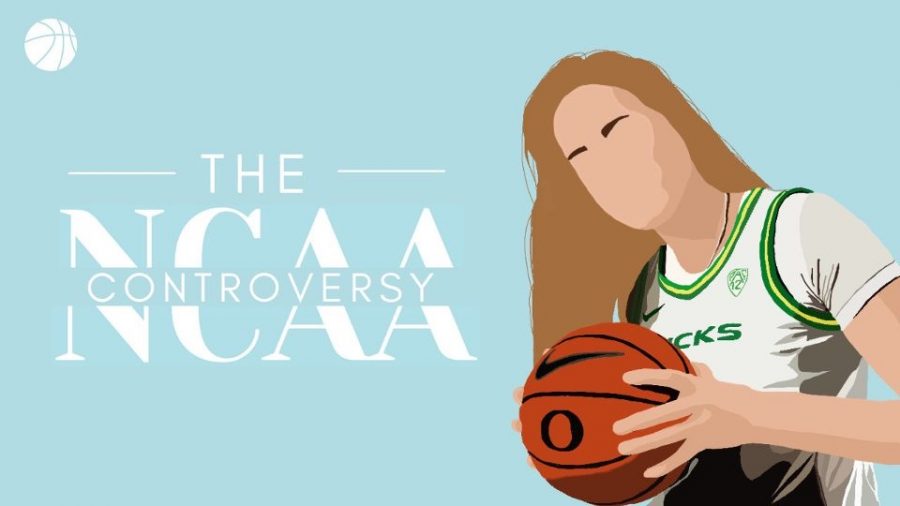 With March Madness quickly approaching once again, the NCAA finds themselves on the wrong side of yet another controversy surrounding their student athletes and enough is enough.

The National Collegiate Athletic Association has always been subject to controversy and this time it has taken the world by storm. With March Madness approaching, a month where a single-elimination basketball tournament is held for both the men’s and women’s collegiate teams, the NCAA was recently brought under fire once again for allegedly favoring the men’s athletics over the women’s. This became apparent as screenshots arose highlighting the differences in treatment both groups were receiving including weight rooms, food and equipment. Now the question becomes, were the NCAA’s actions justified? With many high-profile athletes such as Kyrie Irving and Stephen Curry reaching out to voice their concerns, it is clear that the NCAA is in the wrong because all athletes deserve an equal opportunity to perform. Especially when the lights are at their brightest such as with March Madness.

“The NCAA is at fault here, no question about it. They’ve been doing this for years and the only reason they’re changing their own mistake is because they were caught, simple as that,” junior Daniel Michel said.

No matter the gender of the competitor, all athletes deserve an equal opportunity to compete at the highest level without having to worry about being discriminated against. The same cannot be said for the men’s basketball teams, as they are treated to a fully equipped gym, top quality food and have the NCAA marketing their games all throughout March, and rightfully so. These essentials for any athlete may as well be considered luxuries for women collegiate athletes as this recent incident highlights the issues of neglect entirely.

Women’s sports have always been subject to criticism when compared to their male counterparts. Arguments that “they are not as good,” and “their teams do not compare to the men’s rosters” become redundant when taking a dive into the collegiate statistics. It all begins with funding/recruitment, a study conducted by an NCAA gender equity task force in 1993 found that 70% of athletic scholarship funds were allocated to men. Meaning the creation of better talent to be scouted and formed, leading to more exciting and marketable teams. Although recently, the scholarship splits have been reportedly divided more evenly being 42% and 36% favoring men, leaving 22% to “unallocated funds.” Although this issue is currently being addressed, this financial disparity is what has allowed the gap between male and female collegiate athletes to grow throughout the years.

When the images first broke out on social media, many people surprisingly came to the defense of the NCAA claiming that the men’s teams were more deserving since their programs brought in the majority of the finances paying for all the food and the equipment. But, what many failed to realize is that finances was never the issue for the lack of support the female athletes received, it was the lack of respect and care by the NCAA.

The person who first shed light on this controversy is one of Oregon’s states female basketball players, Sedona Prince. In her now viral video with almost 9 million views, Prince first shows the men’s weight room which is filled with training equipment top to bottom. Prince then shifts focus to the women’s own weight room which appears to be about the same size of the men’s facility, except it is lacking all of the equipment. It contains one set of weights and a couple of yoga mats. If the equipment was not disgraceful enough, the lack of care also transfers over to the food. Images were then posted by Prince which highlights the males multiple options for dining which includes steak, rice, chicken and shrimp. But, on the female’s side, they were being fed what appeared to be frozen food that you would find at a supermarket. No matter how you look at it, no collegiate athlete who has worked this hard should ever have to go through such discrimination.

“What happened to the women’s basketball teams is disgusting. That should never happen again and I’m very glad the NCAA fixed the issue,” junior Alan Morffi said.

This fact is highlighted as adjustments were brought quickly once the million-dollar industry realized how bad the situation looked from the eyes of not only thousands of fans but many professional athletes who went to social media to share their disgust about the treatment female collegiate athletes were receiving. The NCAA had the means of supporting both the men’s and women’s March Madness events while choosing to only compensate the male athletes with essentials such as quality food, a proper gym and marketing primarily the men’s teams. Although this behaviour is nothing new with not just the NCAA but multiple sport-outlets that treat women’s sports as a second thought, we as a society need to strive for gender equality in sports. At the end of the day, all athletes are going to give it their all on the court and fields which is why they all deserve the equal opportunity to compete.