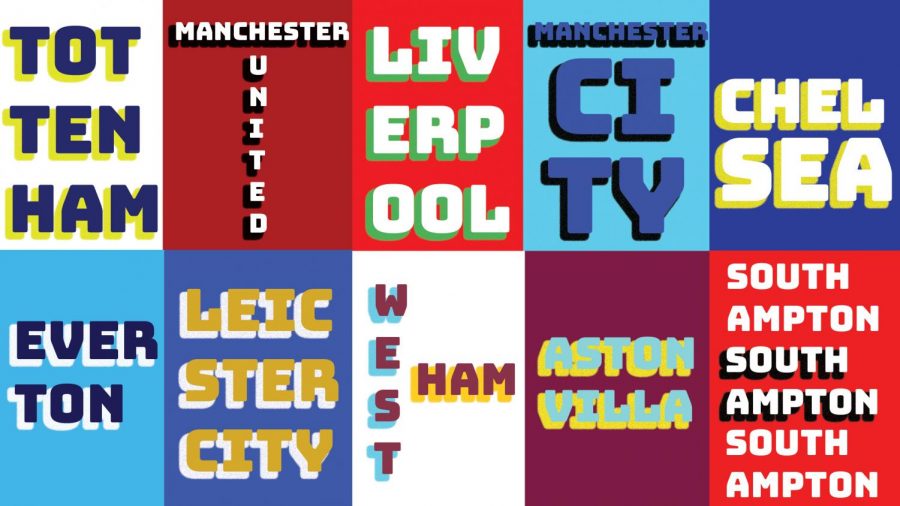 The English Premier League season is halfway complete and unlike last season, the title race is as contentious as it has ever been. Familiar giants have shined and rose to the top, such as Manchester United, Liverpool and Tottenham. However, within the title race, there are some less familiar faces that have livened up the charge for the Premier League trophy.

The gap between first and seventh place is 4 points, meaning currently only a win and a draw is needed to be in the lead. The current leaders are Liverpool, but only on goal difference as Manchester United is tied for the same amount of points. Third is 2016 title winners Leicester City, who have cemented themselves as proper contenders every year since then. In fourth place is Jose Mourihno’s Tottenham, who had a flying start to the season but who have dropped points recently. Manchester City are in fifth place, as they actually had a bumpy start but have regained their mojo. Sixth and seventh are Southampton and Everton respectively and Fulham, West Brom and Sheffield United are in the relegation zone, with Sheffield only gaining 2 points out of potential 51, meaning they have only gotten 2 ties out of 17 games.

“The Premier League with only a measly 7 points separating first place from 10th, has proven this season why it is considered amongst soccer fans to be the highest quality league in the world. If you are not tuning in, you are missing out,” sophomore Nathaniel Leiva said.

Individual players have surely made their mark on the league this season. Bruno Fernandes has 11 goals and seven assists in 16 games, averaging just over a goal contribution per game. His consistent outstanding performance has put Fernandes in the conversation for Premier League Player of The Season. Another player in that conversation is Heung Min Son. The Korean forward has scored 12 and made five assists in 16 appearances, often linking up with Englishman Harry Kane to creating the league’s best dynamic duo. Several breakout players have emerged such as Che Adams, Dominic Calvert Lewin and Thomas Soucek.

These are some more players who have performed well this season-Japheth Oyedepo
“The team I support, Manchester United, have a very good chance of getting at least top three. The players we have now and the players that we will bring in will possibly lead the team to a title. We just need to focus on keeping Bruno Fernandes healthy,” sophomore Patrick Keough said.

With a season like this which is full of great performances, several teams have been underperforming, Arsenal had a terrible start by their standards, reaching 15th place at one point under Spanish manager Mikel Arteta. Luckily, for them, however, they have won their last three games, putting them six points away from the top four. Chelsea F.C have also underperformed recently, after an impressive 16-game streak of being unbeaten. Their lack of results have been surprising due to the money spent in the summer, leading many to believe that their lack of success is the fault of manager and former player Frank Lampard.

The season’s unpredictability has made it tighter than ever. Half of the league can make a proper bid to win or finish in the top four places. This competitive nature has made the league better than ever. While Liverpool and Manchester United are now in a tight race for the title, anyone can end up as the winner in this unpredictable season.