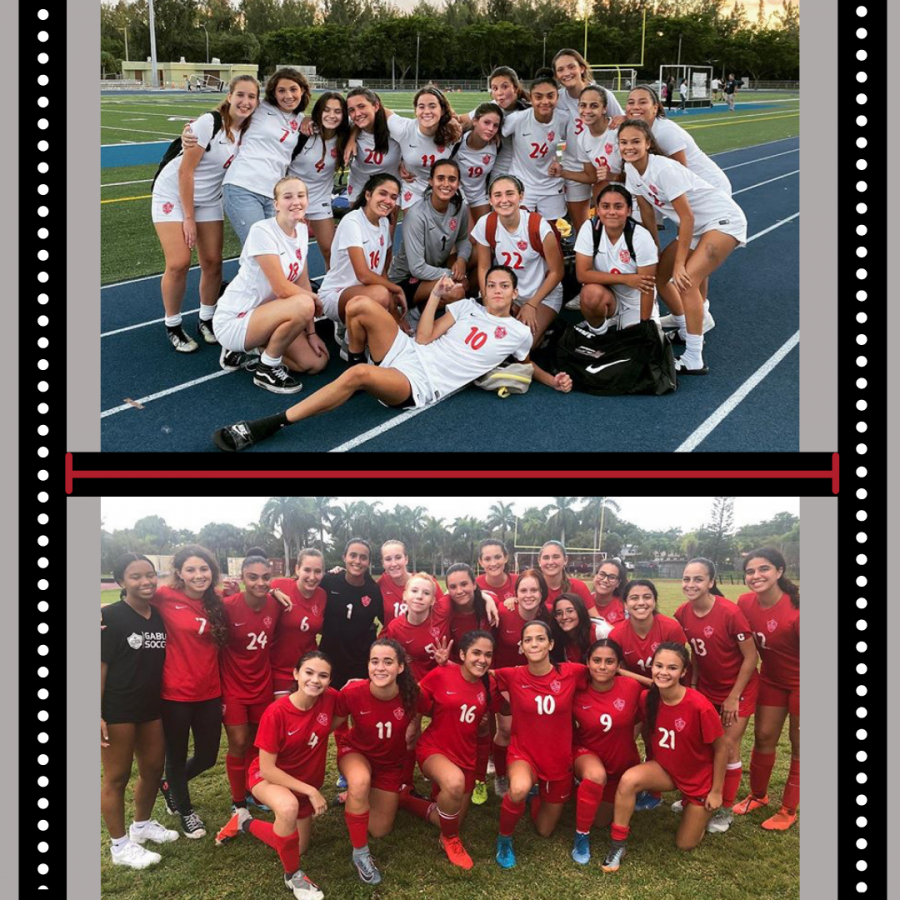 The Lady Cavalier soccer players are preparing for yet another amazing season. After winning district championships last year, the players are even more eager to get back to the field. The commencement of this year’s soccer season was delayed due to COVID-19. Nonetheless, these athletes are enthusiastic to train hard and ready to go far this season.

“I am looking forward to winning districts again and some goals I have set for myself are to improve and score as much as possible. I am also hoping we can win against some harder teams like Ferguson and Palmetto,” sophomore Carla Nunez said.

Tryouts will begin on Nov. 16 and depending on turnout, there could be a second day hosted on Nov. 17. If one is interested in trying out for the team, they must first fill out a physical which can be found under the “Athletics” tab on the Coral Gables High School official website. Then, they must turn in the completed physical form along with a 20 dollar insurance to the athletic director Mr. Romero. A student cannot attend tryouts without turning in the form and money. Anyone attending tryouts should bring cleats, shin guards and be dressed in appropriate athletic clothes. While having soccer experience might come in handy, it is not needed in order to try out; all are welcome!

Practices will commence within a week after tryouts in order to give the players as much time as possible to prepare for their first game. The first game of the season will be in December, however, the exact date has not been determined yet because it depends on how much the virus has affected the Miami-Dade School system by then. The team will be mandated to wear their masks before and after practices as well as on the bus to and from games. Each player will be enforced to bring their own water bottle to avoid germ contamination as much as possible.

“The goal for this year I think is to have a season and be able to play in competitive games. I think that COVID-19 has really halted high school sports, so I just hope we can have something that resembles a regular season,” senior Karina Leon said.

Since most things this year have been unpredictable and unusual, an important goal for the Lady Cavs this year is to have as normal of a season as possible while staying safe. Additionally, the soccer players are hoping to improve individually and as a team in general and most importantly have fun and create unforgettable memories. For more information, make sure to follow them on Instagram @ladycavaliersoccer!