NCAA: Are They Finally Coming Around? 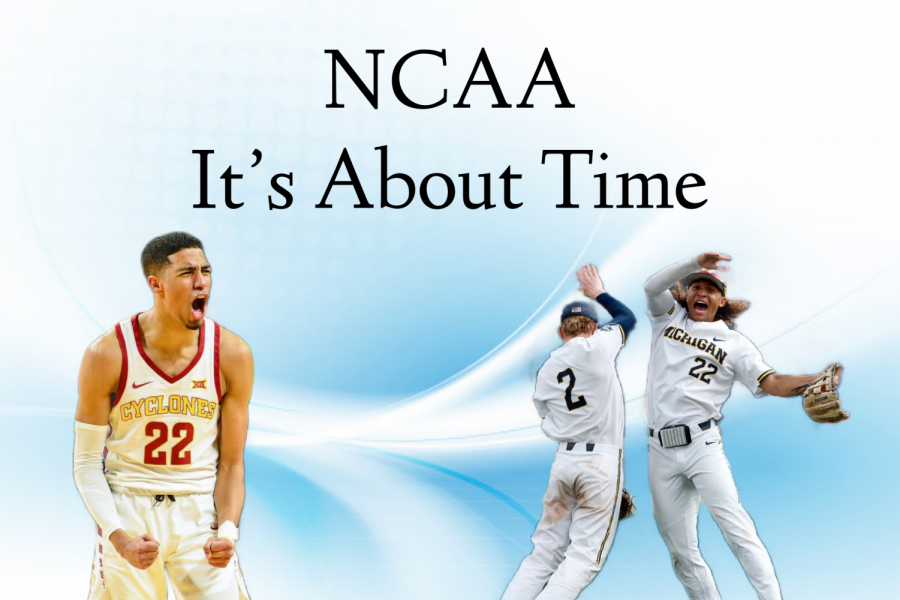 With mass media scrutiny hitting the NCAA hard, they were practically forced to change a very fundamental rule that they've adopted since the beginning, just to stay afloat in completion with other alternative leagues for young college athletes.

The National Collegiate Athletic Association is a non-profit organization that hosts thousands of college athletes every year for multiple sports which in turn grants the athletes a great amount of notoriety to possibly pursue a professional career.  However, for the 114 years that the NCAA has existed, the one thing that has remained consistent has with them been their strict rules set on their participating athletes. One rule in particular however has brought a bunch of controversy into the mix which denies the opportunity for their collegiate athletes to be compensated while playing under the NCAA.

However, over the past couple of months, top tier high school athletes such as LaMelo Ball, Jalen Green and Isiah Todd have been paving the way for alternate routes to professional sport careers, leaving the NCAA worried since they will be losing revenue and popularity over their decisions. These alternative routes taken by these players not only gave them a generous salary, but it also allowed them to be compensated for their image and likeness. And already proving that these alternative routes could lead to just as much success as the NCAA’s route, why would high school athletes miss out on a years worth of possible pay?

But, after all the scrutiny that the NCAA has faced for being ignorant on changing their ways, they may have just caved. On April 29, 2020 the NCAA took a significant step in allowing their athletes in being compensated. The NCAA’s top governing body has stated that they support a rule change going into effect in 2021-2022, allowing student-athletes to profit from their name, image and likeness, so long as the college or university they attend does not pay them directly.

“I think it is great that the NCAA is finally deciding to pay their athletes. I would say it is definitely overdue, but the fact that they were able to swallow their pride and made the necessary changes to survive shows how far they have come,” Chris Diaz said.

This may not seem like a big deal to many, but many people did not know how this was going to affect college sports. After last year in September, when California passed their Fair Pay to Play Act which gave student-athletes the opportunity to be compensated, people did not know if the NCAA was going to ban schools in California from participating in their program or completely change their program altogether, which did not end up being the case.

“I never thought I would see the day when the NCAA would actually pay their athletes, it just seemed like such a crazy idea because of all the statements that they’ve said and how they handled it. But now, there are alternative routes like going overseas which have just as much success, if not more so, the NCAA may have dug themselves in quite the hole,” Danny Can said.

But despite the criticism that they have faced, the NCAA was once considered the holy grail of college sports with nothing even close to challenging their authority, but with time, their resistance to change has led them to digging themselves in quite the hole. Despite them making the change that no one ever saw them making, they are now competing for their spot back as the main source for college athletics. But now with their new rules being implemented as soon as the 2021-2022 academic school year, fans and athletes alike can just rest easy and watch this all play out.