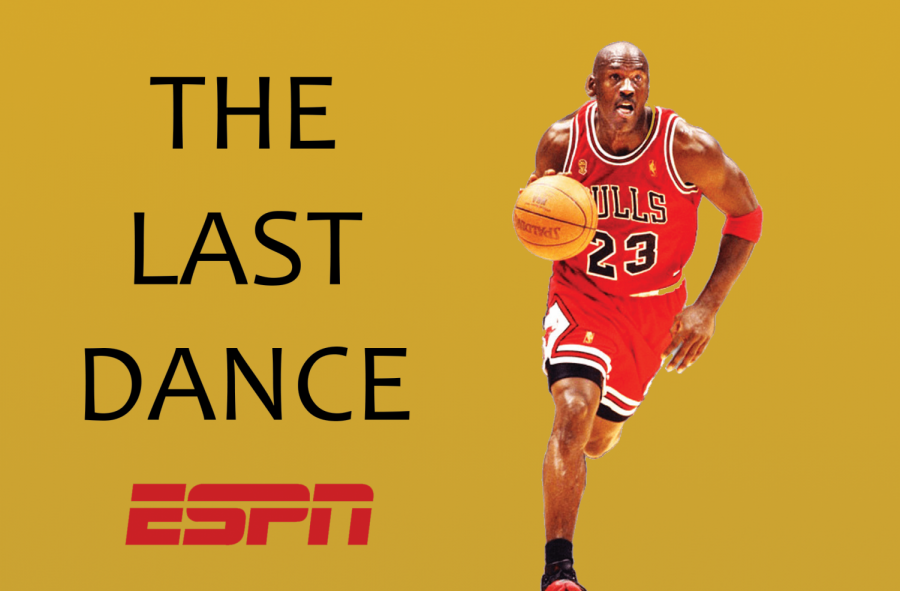 The Last Dance is ESPN's new documentary about the Chicago Bulls starting from when they drafted the savior of their franchise, Michael Jordan. The series goes in-depth into the lives of these players and the progression made throughout the years which led to the Bulls dynasty across the 90's.

To say the least, Micheal Jordan is a sports icon. His impact is felt throughout the sports world, from our shoes to our shirts, to the many comparisons we hear within the sports news spectrum. These comparisons are justified as he is known as one of the greatest basketball players who have ever lived, averaging over 30 points per game for 8 seasons. However, many of today’s generation have never seen Michael Jordan play in person or on a television. Many talk of his unparalleled greatness throughout the late 80’s and 90’s as a member of the Chicago Bulls. Thankfully, ESPN’s latest documentary “The Last Dance” shines new light on this greatness, especially for the younger generation.

“The Last Dance” is a ten part documentary series premiering its episodes on Sundays from April 19 to May 17, with two episodes premiering each Sunday. These episodes highlight the 1998-1999 Chicago Bulls team and its key players including Michael Jordan, Scottie Pippen, Dennis Rodman, Steve Kerr and Coach Phil Jackson.

These key figures helped build the 1990-1998 team to their dynastic level. Scottie Pippen was known as Jordan’s right hand man as he helped compliment the scoring with solid in-paint play. Dennis Rodman became the defensive powerhouse, being a dynamic force on and off the court. Steve Kerr was the clutch player that could space the floor like no other at the time, helping close out games in crunch time. Finally, Phil Jackson was the head coach of the team, being the voice that lead the group of extraordinarily talented players from the sidelines.

The significance of the title “The Last Dance” is that the 1998 season would be the core group’s last time together. The series highlights not only the good times, but also struggles that the team faced. One of these many struggles was between the main roster and the General Manager Jerry Kraus. Kraus made it evident before the season even started that head coach Phil Jackson would not be returning for another season after the 1998 season due to his inner thoughts of believing that their main players were beginning to regress in talent due to their age.

Jerry Kraus also had issues with some of the players on the roster. Scottie Pippen averaged 2nd in scoring but was 1st in assists and steals on the Chicago Bulls. Yet, he only had a salary of 2.6 million a year while Micheal Jordan has a salary of 33 million a year. Coming from a lifetime of poverty, in 1991, Scottie Pippen signed a 5-year $18 million contract for long term financial stability. However, as he became an essential player, Pippen became one of the more underpaid players in the entire National Basketball Association being ranked as the 122nd highest-paid player. Pippen gained an injury at the end of the 1997 season but did not treat it until the 1998 season because he wanted to make it known that he was needed on the team to the Bulls front office, namely Jerry Kraus.

“I never realized how underpaid Scottie was. In today’s National Basketball Association, many of these key players are paid four times his salary,” said freshman Jon Trueba.

The Chicago Bulls team of 1998 will go down in history as one of the most successful dynasties in sports history, winning six titles from 1991-1993 and winning each time they went to the Finals from 1996-1998. The roster included multiple hall of fame players led by one of the greatest coaches in the National Basketball Association’s history. It is a wonderful thing that people are able to see them for what they really were; champions.