The WNBA Levels the Playing Field: The Step Towards Equality 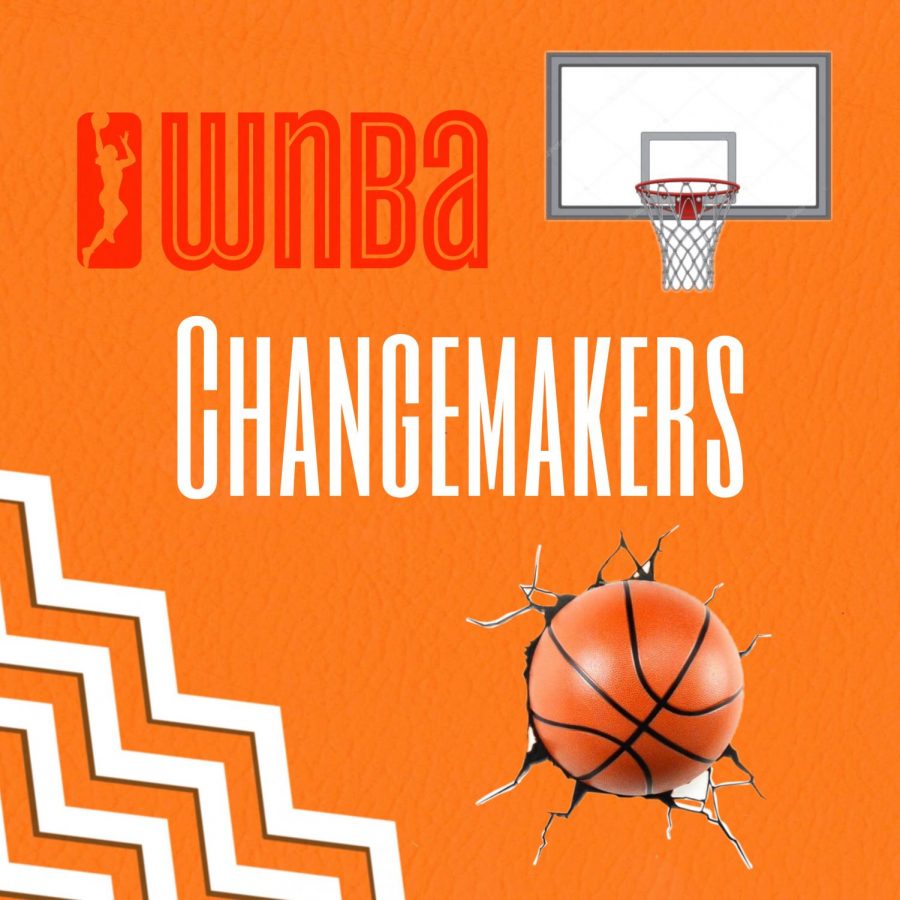 The Women's National Basketball Association have created the Changemakers platform in an attempt to better provide for their players and grow their industry.

Finally, the Women’s National Basketball Association (WNBA) is making progressive strides to equalize the sport for female athletes. On Tuesday, Jan. 14, the league announced that it had reached a new business agreement with its players, and the result was the creation of the WNBA “Changemakers,” a partnership platform to promote the career development of athletes. This aggressive new move has promised incredible benefits for not only the women players themselves but also the league as a whole.

Through their negotiation, both the players and the league were able to negotiate a new CBA, or Collective Bargaining Agreement, meaning that WNBA employees made a written contract, regulating the terms and conditions of the advancements that would be made in adjusting the pay disparity among players’ salaries, which has long been an issue.

In the men’s National Basketball Association, players earn around 50% of league revenue, while their female counterparts have been estimated to only earn around 22% in the past. The issue with this is that they are two separate companies, and the NBA generally generates more revenue. This novel CBA has been specifically designed the amend this problem.

Sofia CruzThis new CBA brought in along with the Changemakers platform will result in major pay increases for athletes. More finances will also be used as investments in marketing and prizes as detailed above.

The main benefit of this new program will be its economic effect on women’s basketball. First and foremost, the players’ paycheck will be significantly improved. There will be a total 53% increase in cash compensation which would include the base salary, prize pools, bonuses, and marketing deals. Top players will be able to triple the previous maximum income to an additional half-a-million dollars. For the first time in history, the deal will also make the median salary exceed six digits, as reports have stated the average will now be $130,000.

“As a female basketball player, I always found it confusing why female athletes do not get the same respect that males do, especially in the past. Now the world is starting to understand what it takes to be a WNBA player, and even the changes in salaries are starting to prove that. I do support the changes happening for what WNBA players truly deserve throughout the journey of becoming athletes,” senior Kacey Cruzata said.

This deal is also expected to grow the Women’s league itself as well. WNBA Commissioner Cathy Engelbert stated that the agreement would not have been made if it did not project an increase in profits. The association is using the CBA to create a sustainable business model through new growth opportunities for future players, adn members are hoping to market athletes better in order to gain new financial investments and increase revenue.

This massive influx of money is not the only positive adjustment this deal will be making. Players will also receive benefits for their personal and professional lives. Women will be provided fully paid maternity leave and a $5,000 allowance to pay for child care. Team-provided apartments and workplace settings will be accommodated for mothers with families.

Former players will also be reimbursed with up to $60,000 for surrogacies, adoptions, fertility treatments, and more. Other added benefits would improve the quality of travel by providing premium economy class flights and individual hotel room accommodations. They will also promote initiatives to better the mental health of players.

“I think that the WNBA giving its players perks is a great way to showcase the rise of women’s sports. As a female basketball player, I have noticed that we do not get as much coverage compared to male teams. It is important for national-level teams to take initiative because they are the guide to lower-level teams like college and high school. It is important that they give their players all the possible benefits to inspire young girls who want to make it to the WNBA. Overall, this decision is really important for any female athlete who aspires to be a professional,” sophomore Jasmine Senel said.

The inauguration of this agreement highlights the recent pattern of progressive achievements in women’s sports. On Tuesday, Jan. 21, Alyssa Nakken became the first-ever female Major League Baseball coach for the San Francisco Giants. In football, Katie Sowers has just been officially named the first woman to coach in the Super Bowl. These advancements are essential for women involved in sports careers. The WNBA Changemakers is not only improving the work lives of female athletes, but it is also another monumental transformation being made to the professional world of sports.