Cavaliers Tough Their Way into the New Football Season 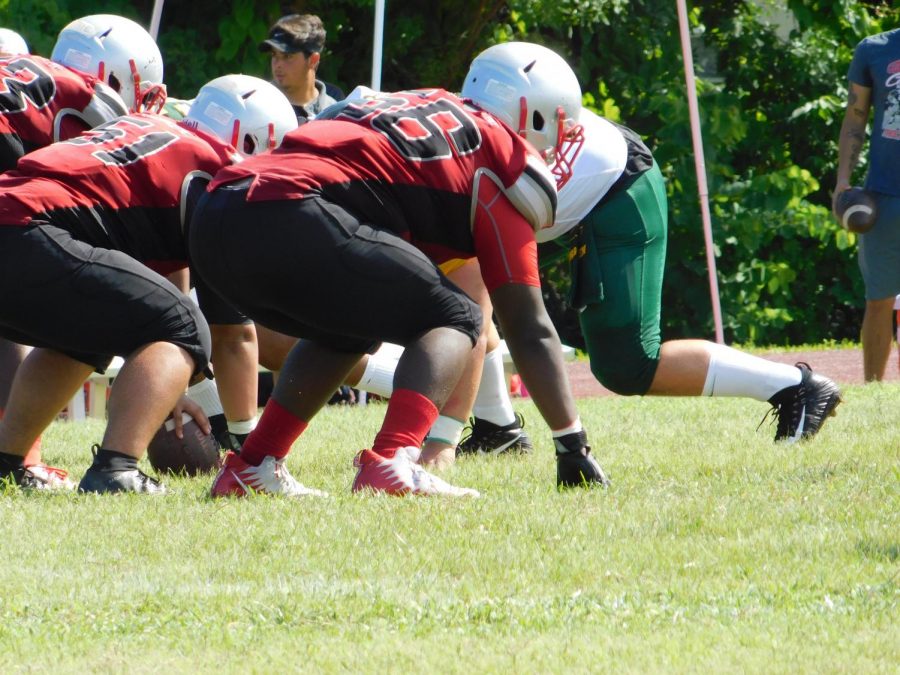 The Coral Gables Cavalier Football team taking on Killian High School during their first preseason game of the 2019-2020 season.

The Coral Gables Senior High School Cavalier Football team is composed of very hard-working student-athletes. They have been practicing vigorously since the beginning of summer to get ready for the upcoming fall football season. These football players are very confident and pride themselves in their work ethic. The Cavaliers do not back down from any challenge and every player is willing to do whatever it takes to dominate this season.

The Gables football players sacrificed a large part of their summer to perfect their craft, practicing new football tactics almost every day since the beginning of June. Head coach Roger Pollard takes pride in his Cavaliers, teaching them as much as possible about the game of football and, more importantly, the game of life. Coach Pollard has been working hard with his team to condition their bodies and give them professional insight into improving their overall game. With the start of the new school year, Pollard and his assistant coaching staff look to develop each player even further, especially the newest generation of Cavaliers. 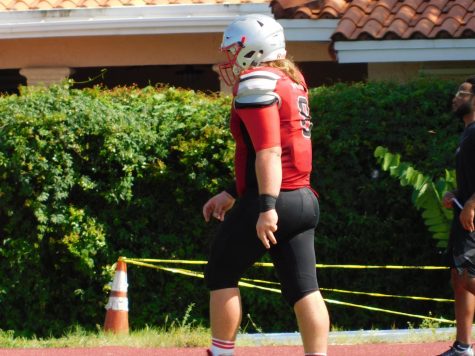 Ana GuerreroSenior kicker and defensive tackle Matthew Enriquez strides and gets himself ready to kick for the Cavaliers.

One of the newest additions to the Cavalier Football team is freshman Terrell Council, who has had a passion for football since he was a little kid. Playing for the football team at Gables is going to be a new experience for him as he learns to adjust to the style of other players and the coaches.

Claiming that practice during the first week of school was more difficult than practice over the summer, he hopes to improve his communication with his teammates and play with more intensity as the practices become more grueling and demanding. Despite the vigor of practice and the responsibilities of school, Council is optimistic about the football team this season.

“I want us to compete at a high level every game, no matter what it takes. We are going to take Gables to the top,” freshman Terrell Council said.

During the summer offseason, the team routinely conditioned every week. On Mondays, they condition in the morning and hit the weight room where players worked collaboratively to complete strength and resistance exercises. Then, on Wednesdays, they run drills on the field, making sure their players are able to conduct several plays on the defensive and offensive ends of the field. The players also practiced their throwing and catching skills, all while learning how to communicate and become better leaders.

The Cavalier Football team’s first preseason game was held on Friday, Aug. 16, against Miami Killian Senior High School. Even in an away game, the Cavaliers gave Killian their all in a very intense face-off. The game was a close one from start to finish, ending in a stalemate. Neither team was able to gain an advantage in the end, with each team scoring 20 points apiece.

“These Cavaliers have worked so hard over the summer. I think that because of this, they are very driven and focused on bettering themselves on and off the field,” senior Ana Guerrero said.

The Cavalier Football team is ready to take over the season and give it all they’ve got. They are very committed to doing whatever it takes to help the team win. From helping each other out in the weight room to keeping themselves organized in the locker room, this year’s Cavaliers are ready to dominate.