Heated Matchup Between Cavaliers and Explorers Ends in a Stalemate 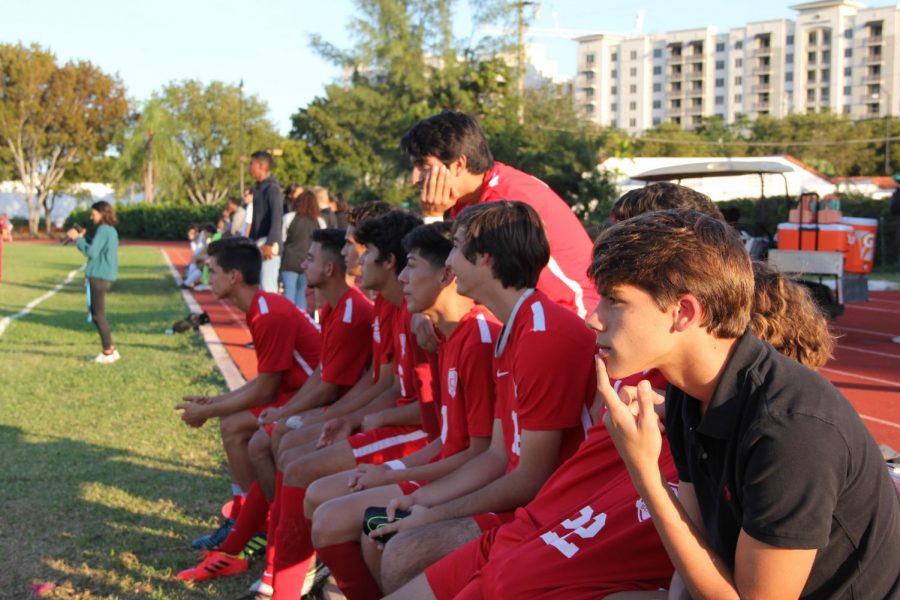 Cavalier Soccer players watching their teammates play from the sidelines.

On Tuesday, Dec. 18, the Cavalier Soccer team took on the Columbus Explorers at their home field. Sporting an impressive record of 6-1-1, the team has experienced great success throughout the season and looked to improve upon their success against their district-leading rivals. The Explorers, coming in with a first-place record of 8-2-1, surely had a chip of confidence of their shoulders, as they led all teams in their division with an inter-district record of 7-0-1, whereas the Cavaliers in their division had a record of 0-1-2.

The matchup between the two rival teams was destined to be an intriguing one, as they both exhibit particularly different approaches and playing styles on the field. The Cavaliers, especially throughout the course of this successful season, have been highly praised for their defensive abilities, limiting opponents to only nine goals scored against them. The Explorers, however, provide a unique contrast to the Cavaliers’ playing style, as they are known for their aggression and offensive potency on the field, scoring a district-leading 42 goals against their opponents this season. one.

As expected, both sides engaged in a tightly fought battle, holding each other scoreless for the entirety of the first half. Neither team, however, would score until the second half. For the Cavaliers, the sole point tallied was scored by Nicolas Vurgait, allowing the game to conclude with a final score of 1-1. After the game, the Cavs moved up the district standings and have made their way to second place. Be sure to wish your Cavs luck as they look to improve their record and vie for a postseason berth!