Badminton to the Bone 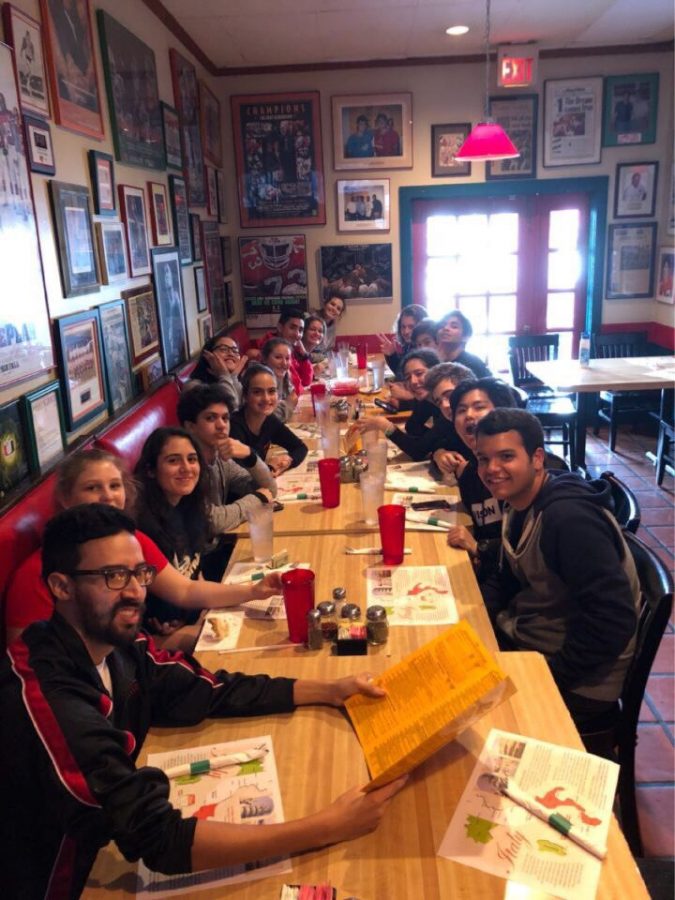 The badminton team celebrates their hard work as they dine at The Big Cheese.

What may come as a surprise to many, the origins of the game of badminton are pinpointed to at least 2,000 years ago, deriving from the game of battledore and shuttlecock played in Ancient Greece, China and India. Being closely related to the modernized version of badminton, battledore and shuttlecock in the 1600s involved two people hitting a shuttlecock, or birdie, with a bat back and forth as many times as possible without allowing it to make contact with the ground.

Around the 1800s, a more contemporary form of badminton gained a foothold in India, where the usage of a net was first introduced. This version of the game, called “Poon,” gained widespread popularity throughout Europe. By the end of the 19th century, the sport had grown remarkably prominent, making its way across the Atlantic Ocean and into the United States and Canada.

This growing popularity continued, and badminton officially became an Olympic sport in the 1992 Summer Olympics in Barcelona. Since then, it has remained an Olympic event, and a diverse variety of countries have won Olympic medals in the sport, including Korea, China, Denmark and Russia.

At Gables, badminton is a sport with a small, yet energetic roster with several aspiring athletes. As a result of the limited roster space, the team as an entity has become one of very tight-knit and intimate relationships.

“The best part about badminton is the team that surrounded me. We’ve definitely had a lot of fun this season,” sophomore Ty Almeida said.

In preparation for weekly tri-matches, in which they compete with two other schools, the badminton team engages in a rigorous practice schedule to ensure peak athletic performance for match days. This involves practicing for two hours, between 2:30 and 4:30 after dismissal, for at least four days out of the five-day school week. Prior to practicing their form and technique on the court, they conduct a cardio-abdominal workout which consists of running, lunges, scissor kicks, sit-ups and footwork exercises to improve agility and quickness. After half an hour or so, they proceed to perfect their serves, smashes, drives and drops on the court.

“Badminton has definitely been a great way for me to engage in a sport to be active and have fun while doing it,” sophomore Andrea Goldfarb said.

After implementing their daily routines from practice into their competitive matches, the team goes to celebrate their hard work and dedication by going out to eat pizza at The Big Cheese, a local Italian restaurant, and to Walls’s Ice Cream for a sweet finish. By doing so, they create team comradery, enhance their friendships with one another and create lasting memories of the badminton season.

As the season continues through spring, be sure to wish the badminton team luck as they look to overpower their competitors and win a district title!