The NBA Playoffs Have a Hot Start 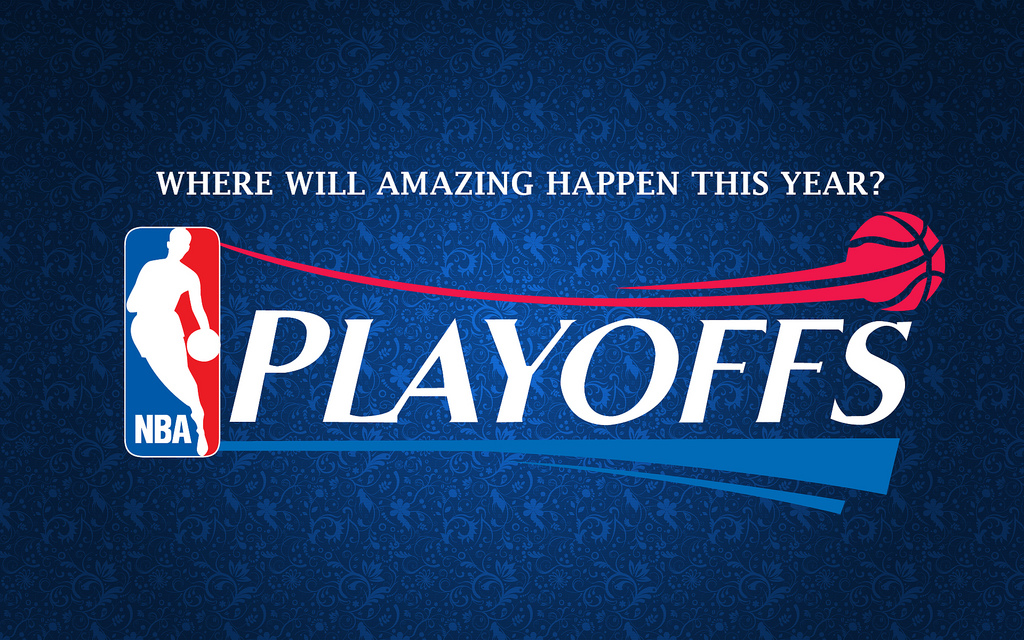 The NBA playoffs give way to lot of excitement. Who knows what will happen next?

After 82 games of hard work, 16 NBA teams earned their place in the playoffs. Unfortunately, the Miami Heat were unable to make it because they finished ninth in the Eastern Conference. Nonetheless, the playoffs are an exciting to see teams competing, even though the Cleveland Cavaliers and the Golden State Warriors appear to be a lock for the final for the second year in a row. The first round had some exciting games and match-ups, here are the results:

The Warriors completely destroyed the Trailblazers in a basically effortless sweep. In the closest game, Golden State won by 6. However, the other three were won by more than 10 points, with two of being won by more than 20.

“I find it rather boring that the Warriors, along with the Cleveland Cavaliers, were able to cruise through this round as easily as they have,” senior Kaylee Perez said.

In one of the most exciting matches of the first round, Utah won the first game by 2, but the Clippers tied it up with a victory in the next game. The Clippers also won third game and got the lead 2-1. However, Utah came back and won the next two making it 3-2. Once again, the Clippers were able to tie it up, but the Jazz ended up winning in the seventh, and last possible, game to advance into the conference semifinal.

The clash between the two MVP candidates did not go so well for Russel Westbrook. Houston took a 2-0 lead, winning the first two first games. However, OKC came back to win the next game and it seemed like they were making a comeback. Sadly, the Rockets won the final two games and James Harden’s team eliminated Westbrook’s without a long sturggle.

Boston struggled during the first two games as Isaiah Thomas dealt with the death of his sister. However, once he soon resumed his normal playing style, leading the Celtics to crush the Bulls and win four straight games to continue past the first round.

Washington started off strong and won the first two games of the series. However, the Hawks were able to rally and tie it at 2. Finally, the Wizards were able to close it out winning the final two games.

The Raptors started off poorly, losing the first two games against the Bucks. However, Toronto rallied and was able to win the series by beating the Bucks four games in a row.

Cleveland was able to sweep the Pacers winning four straight games against them. However, the series was much closer than the record might suggest, as the first game was decided by a single point and the rest by six points or less.