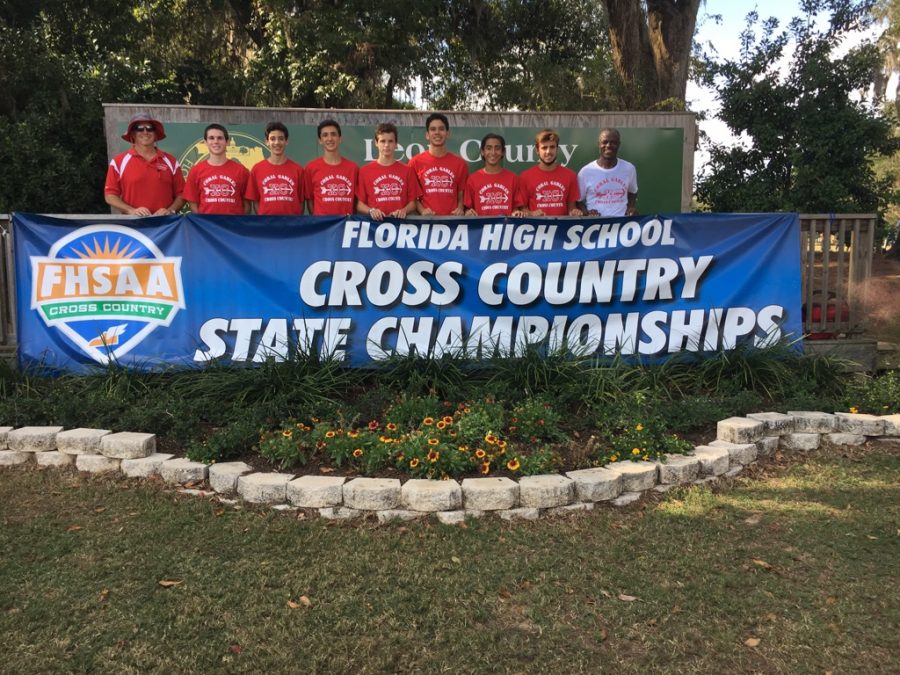 The boys' cross country team at the state championship.

Not only are they the athletes of the week, but the cross country team took on the state championship on Saturday, Nov. 5. The team got a combined score of 394 points and placed No. 17 class 4A.

“States was an amazing experience for all of us. It was the first time the team has ever made it to states and we all felt really accomplished. Our goal in states was never to win, but just to have everybody run their best time and enjoy the feeling of going to such an important to event,” senior Daniel Rodriguez said.

“My goals for next year are to break 17 minutes at Larry and Penny and to get the cross country team back to states,” freshman Colin Wilson said.

With a great season behind them, make sure to congratulate the cross country team on their success and wish them luck for the seasons to come.