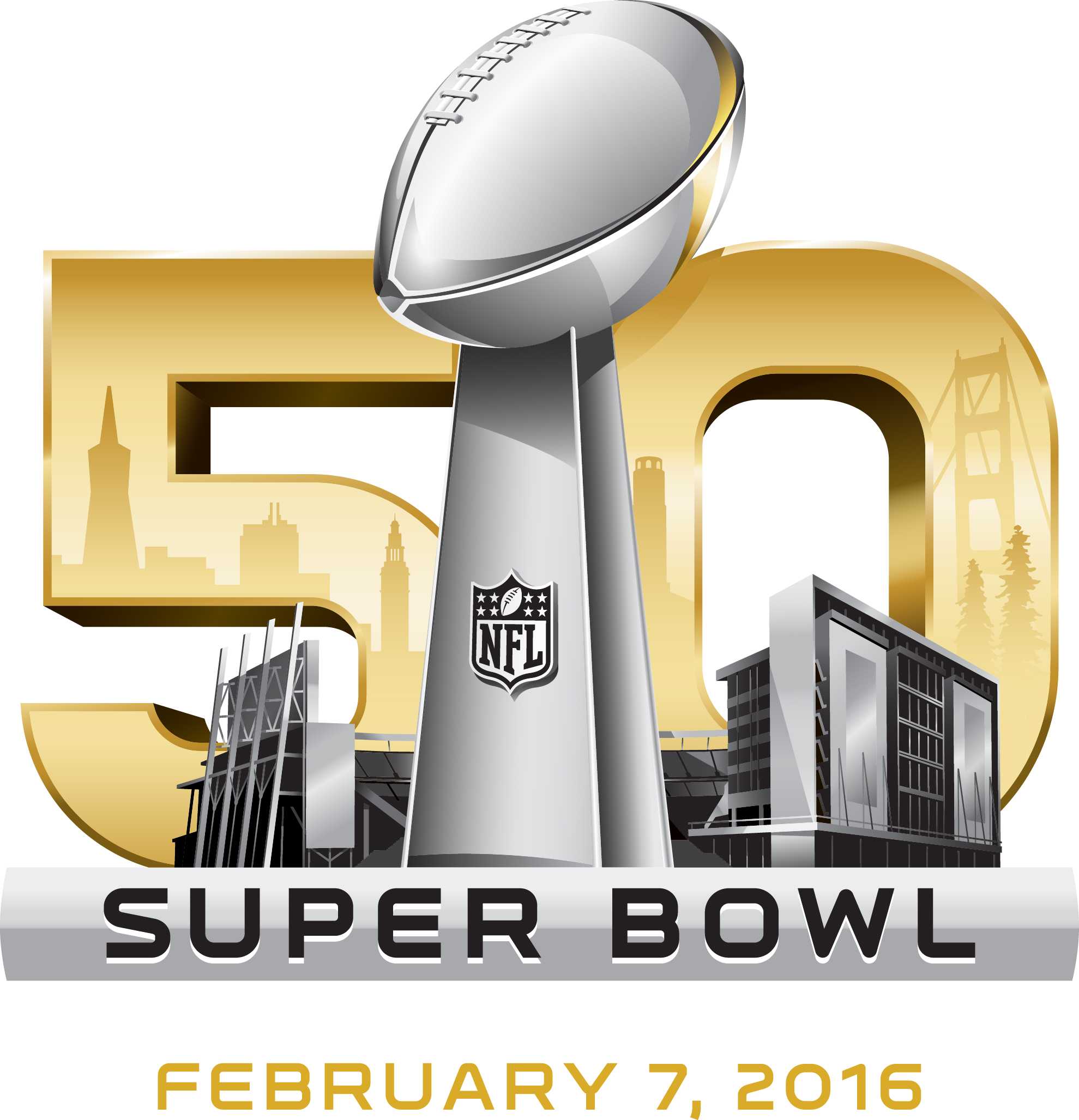 The Broncos faced the Panthers in Super Bowl 50. Peyton Manning finally got his second ring as the Broncos won 24-10. (www.footballzebras.com)

The Broncos faced the Panthers in Super Bowl 50. Peyton Manning finally got his second ring as the Broncos won 24-10.

Super Bowl 50: An Epic Finish for an Epic Player

As Super Bowl Sunday came, people sat down, gathered around their TVs, or, in some lucky cases, sat in the stadium, and watched as the 50th rendition of this awesome sporting event took place. The Broncos would play the Panthers in an attempt to give Peyton Manning a second Super Bowl ring right before his possible retirement. The Panthers were the clear favorites coming into the game with two exceptional wins against the Seahawks and Cardinals and only one loss in the regular season. For every seven bets placed on the Panthers, only one was placed on the Broncos. However, in a game dominated by defense, the Denver Broncos were able to secure a 24-10 victory.

“I was going for the Panthers and I really thought they would win, but I guess it’s nice that Peyton got his ring on the final game of his career,” freshman Kevin Alvarez said. 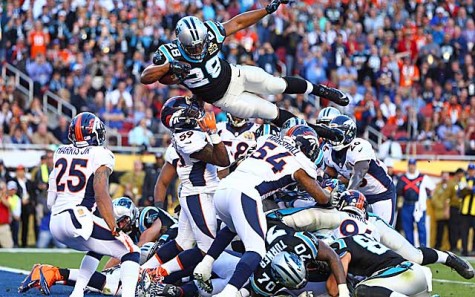 www.cbssports.com
Jonathan Stewart jumps over the pile to score a touchdown and make the score 10-7.

The Broncos received the ball first and after getting a few first downs, Manning led his team to a field goal. This was no problem for the Panthers – all they had to do was put together a killer drive like in their past two games. However, Von Miller had other plans. After an excellent game against the Patriots, he looked even better and ended up strip-sacking Cam Newton. The fumble would be returned for a touchdown and the score was 10-0. After a few drives, the quarter ended and the Broncos were looking good. In the second quarter, Carolina seemed to be back in the game as they scored a touchdown that cut the deficit to three points. However, on the Carolina drive after the touchdown, they were forced to punt. The punt was returned by Jordan Norwood for 61 yards to the Panthers’ 14 – the longest punt return in Super Bowl history. The Panthers’ defense held up and they held the Broncos to a field goal. This brought the score to Broncos 13, Panthers 7. The Panthers did not do much on offense. They were moving the ball, but then they fumbled and the Broncos got the ball. An interception by Kony Ealy allowed the Panthers to stay in the game by preventing yet another field goal. The first half ended with a score of 13-7 and people were wondering whether the Panthers would step up their game in the second half. 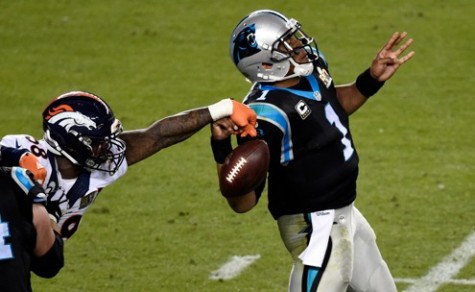 blogs.denverpost.com
Von Miller forces the second fumble that would lead to a Denver touchdown.

The third quarter started well for the Panthers – Cam Newton connected with Philly Brown for 45 yards, putting the Panthers in a position to kick a 44 yard field goal. However, Graham Gano’s kick hit the upright and went out. The Broncos’ next drive got them a field goal that gave them a nine point lead. After a turnover and a few punts, the third quarter ended with the Broncos still leading and a score of 16-7. Peyton Manning was now 15 minutes from making history. In the fourth quarter, the Panthers were able to score a field goal, cutting the deficit down to six. However, the Broncos’ defense made a great play that effectively ended the game. Miller forced another fumble, which was recovered at the Carolina 4. C.J. Anderson was then able to run it into the end zone. With a two point conversion the score was 24-10. The score stayed like that and, surprisingly, the Broncos took the Lombardy trophy home.

“I was sure that the Broncos would win. I knew that they had the best defense, and defense wins in Super Bowls,”

After 60 minutes of domination by the Broncos’ defense, Peyton Manning finally got his second Super Bowl ring. Both teams played well, but in the end, the Broncos played better, and were able to secure a 24-10 win over Cam Newton’s Panthers. Peyton Manning can now retire and, if he does, the last game of his career will be Super Bowl 50, where he won his second ring. Miller had an exceptional game with 2.5 sacks, two forced fumbles and five tackles. Miller was the clear Super Bowl MVP and deserved all the praise he got as he has been a key player throughout the entire season. Cam Newton assured interviewers that the Panthers would be back next year for their ring. The Panthers played better than any other team during the season, but they weren’t able to finish it off. Surely, they’ll do their best next year too – they might even win next time.