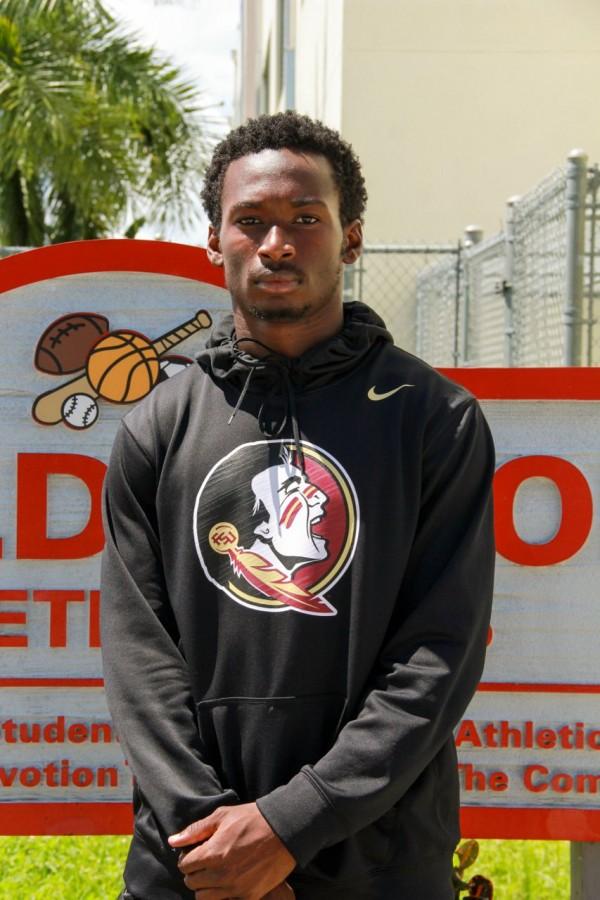 Amir Rasul poses at his favorite spot on the field.

Senior Amir Rasul has had four years at Gables filled with his passion for football. As running back for the varsity football team, he ran for 110 yards and 50 receiving yards and scored three touchdowns to win the game for the Cavaliers over the Homestead Broncos with a score of 45-0.

Rasul started playing football at the age of 4 on a small league. He then continued to play throughout elementary and middle school.

“I feel good about being recognized as Athlete of the Week. I try to do my best on the field and support my team,” Rasul said.

Football runs in his family. Back in the day, his grandfather played football for Carver High School. Rasul proudly continued their legacy on the Gables team.

Other than being successful on the field, Rasul also enjoys drawing as a hobby. He has entered and won numerous drawing contests. It is a hobby he has profound passion for. He also enjoys running for track and is a big baseball fan.

“I’m happy to be a senior, but I will also miss it,” Rasul said.

Although Rasul’s journey in high school is almost over, his football career will continue later on in college.