Athlete of the Week: Matthew Monjarrez 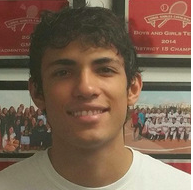 Athlete of the week senior Matthew Monjarrez has led the cavalier bowling team through a great season. Over three games, he was able average to 197 points, allowing him to help get the team fourth place at the youth fair invitational. This is Monjarrez’s third and last year as a captain of the bowling team.

Monjarrez has been playing since freshman year and has loved the sport ever since. He is very passionate about bowling and believes that Gables have a strong team this year – possibly strong enough to make it as far as states. To read more about Monjarrez, read his spotlight article!