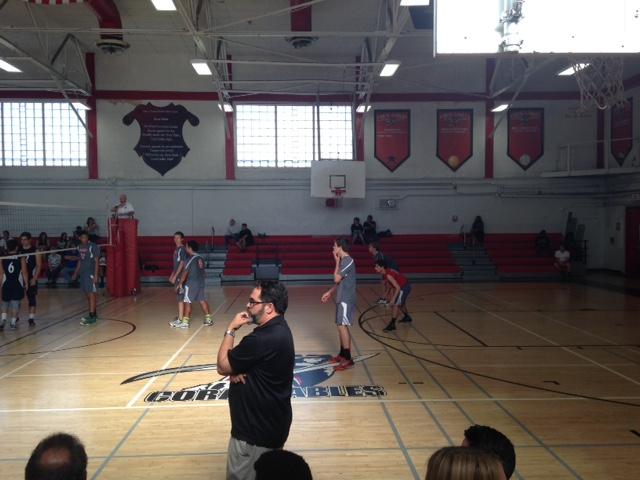 On Monday, March 30, the Gables boys varsity volleyball team faced Columbus in a exhilarating game. Sadly, they suffered a 3-0 loss.

From the beginning of the first game, Columbus seemed to have more control over the ball and held the lead on the score board. But Gables slowly began to catch up. Unfortunately, Columbus still won the game with a score of 25-16. When Gables approached the court to start the second game, they appeared to be determined to win. For most of this game, Columbus was lagging behind Gables in points. It seemed as if at the last moment, Columbus caught up and beat Gables with a score of 24-26. Finally, in the third game, Gables was tired and discouraged and lost to Columbus with a score of 10-25.

“It was a tough game, but the team kept a positive attitude,” sophomore Julian Elortegui said.

Although the volleyball team lost to Columbus, it was an exciting game to watch. Make sure to come out and support them next time on April 10 and 11 at the Coral Park tournament at 5 p.m..