Smashing into the Season 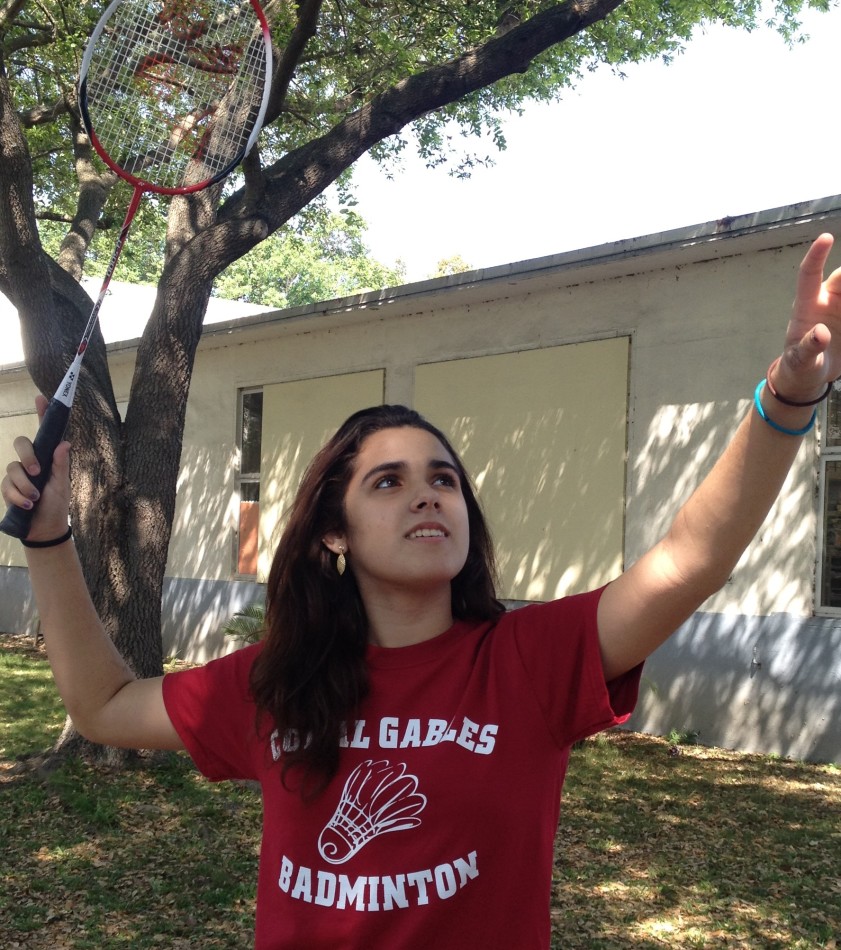 Returner Erica Alonso getting ready for the season.

The badminton team is already starting to clear their way to the top. You can often spot the badminton team conditioning outside on the basketball courts or practicing their hits in the gym: that’s only some of the few things that the team does to prepare themselves for their games. For many years the badminton team has won almost every year the title of district champions. Many might think that all you do is hit a birdie and that’s it, but it’s much more than just hitting a birdie.

This season there have been many new additions to the team including new girl’s single players and mixed players.

“I think this year we have a pretty strong team because all the returners know how the other teams play and their weaknesses, and they pass it onto the newbies and help them,” said sophomore Sofia Castro, one of the returning players from last year.

Another change this year is the new coach. The last two years, the coach was Mr. Campagna, an intensive reading teacher and the head bowling coach. Ms. Fraga, the new coach, a pre-IB biology teacher and IB chemistry teacher, is trying her best to fill in Mr.Campagna’s shoes.The returning players have found that changing coaches was an easy transition. Many of the players think that Ms. Fraga is very organized, makes sure everyone is doing what they are supposed to be doing, and she’s also very excellent at fundraising money for the team.

The team has a daily practice from 2:30 to 4:30. The team sprints from their last block to the gym to start setting up the courts and getting out the equipment. Once the team does their daily warm-up, the fun starts.The team does drills in pairs and teams according to the position they play. For example, when doing team drills all the singles players do the drill together, same with doubles players and mixed players.

“I think we all push each other, like we just kinda want to beat each other, but that’s just how we work and how we strive for success,” said junior Felipe Ferriera.

There are many hopes for this season such as winning GMACs.

“I want the team to improve a lot during the season, and I would also like to keep the district champs title. We’ve won it 2 years in a row already and as a senior, this being my last year and all, I want to win it one last time,”said senior George o’Dell, head captain.

Another thing that George wants to make sure of is that the team continues the tradition at being the best at what they do and continuing the title of district champs.

There are many things to look foward to this season for the badminton team, like the new coach changes,  and the new students that decided to join this year. There are many high expectations this year for the team. Hopefully for the 3rd time in a row, the team can win and keep, the district title champs.