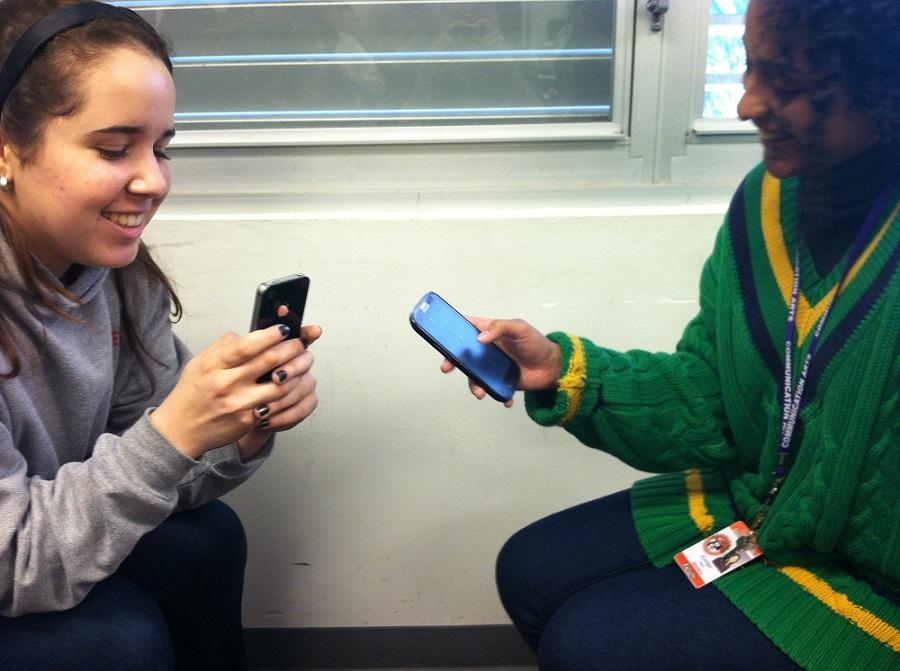 Before buying a smartphone it is recommended in doing your research on them in order to find the phone that best fits your needs and lifestyle.

In an era where technology has become a huge part of our lives, it is always advancing and improves with every model. Since their first debut, the Apple iPhone and the Samsung Galaxy are amongst the top popular phones in the industry. Some people enjoy the slender sleek iPhone models that come along with great photo quality and a modern touch to it, while others enjoy the ability to customize their phones and the larger memory space that comes with a Galaxy. Both phones come with its advantages and disadvantages, depending on your taste on technology; simple details can influence their decision when purchasing the phone.

Samsung Galaxy Series:
1. Size & Weight: When you set an iPhone besides a Galaxy phone, the most obvious difference is the size of the screen. According to Day News, the Galaxy S4 is 19% wider, 4% thicker, and 10% taller than the iPhone 5S ,and is still lighter than the iPhone by 11%. The larger screen has the advantage of displaying with much more detail on an open space, instead of a cramped up space. An example is such is when the screen does not allow you to see the sides of the picture without zooming out, like the iPhone.

2. Widgets: These applications that are built in the Galaxy phone help you personalize your phone, your way. Multiple things can be done, such as changing the personal message found in the lock screen ,and also the ability to change its colors and fonts. In addition, you can change the way your home screen appears as well to make daily life easier for you. For example, instead of having to change the brightness level on your phone, you can set it up so you can change it on your home screen instead of having to go into the settings and changing it manually.

“Widgets are very useful and practical; especially from class to class. If my brightness is too high, there’s a widget that lets me change it instead of going to go through such a process and doing it in settings,” freshman Alex Leon said.

3. Construction: iPhones may have an amazing attraction to the eye, but will they still catch your attention when it falls on the ground and cracks? An advantage the Galaxy phones have is a double back cover made of a durable material instead of being made of metal. Thus, it makes it easier when having to replace the battery.

4. Camera: Both of these phones have a front facing camera and a normal camera on the back of the phone. While the iPhone 5 has an 8 megapixel camera, the Galaxy S4 camera has a 13 megapixel camera. iPhones require multiple apps to take a perfect picture while the galaxy already has built camera application for Galaxy phones.

5. Expandable memory: The most annoying thing that can happen to any phone is running out of memory. The perk of having a phone that belongs in the Galaxy Series is that you can simply put an SD card to save all your information and have more space for your pictures, videos and music.

“Having an SD card makes it easier to organize my stuff and it makes it faster to transfer my documents to my computer. For an iPhone, it takes a longer time for just your pictures to sync,” sophomore Alejandro Arzola said.

Apple iPhones:
1. Size: Even though the phones found in the Galaxy series may be wide and tall, it may not fit comfortably in your pocket. This advantage of the iPhone allows you to be able to sit for hours without you worrying about it slipping out of you pocket and falling out. Also, if you carry around a purse, it will be easier to place inside and even simpler to reach out.

“Size is definitely important when deciding which phone you want to buy. I’m thankful for my iPhone 5 not being as big as the Galaxy S4; it would never fit in my pockets,” freshman Amanda Noguel said.

“The battery life is awesome. I can go through eight hours of school and still have about 50 percent of charge. Other than that, iPhones tell you the amount of charge you have, and it’s an important perk,” sophomore Erick Rivera said.

3. Touch ID: This feature has been recently added to iPhones and is currently found only in the iPhone 5S model. It can be helpful when you want to avoid having unwanted people on your phone. Thanks to this new addition, now there is no way for people to hack your phone because the touch ID will not recognize their finger prints unless they are added to the system.

4. Speed: Speed is critical when looking in buying a new phone. Phones that take a long time to do a specific action are not highly recommended ,and can often frustrate people when they are trying to use the internet or certain tasks such as logging onto social media sites. iPhones are known for their incredible speed to do the task you command it to do.

“I’ve owned both a Galaxy S3 and I currently have an iPhone 5. The iPhone has a better processing speed; it works very well. It doesn’t freeze as often as a Galaxy probably would,” sophomore Michael Mederos said.

5. Camera focus: Even though the camera quality may be found best in the enemy’s device, no other phone can be compared to the camera focus on iPhones 4 and the models that have come after. The focus on the camera helps get specific details to get a better picture.

Even though the biggest rivalry in the smartphone industry is Apple VS Android, new models of phones will always be released each year. Before ever purchasing an expensive phone, you should do your research on it to find one that best suites you. Be familiar with the advantages and disadvantages that come with each phone to find your perfect fit!