France Bans the Hijab: A Bill Against Muslim Women and Children 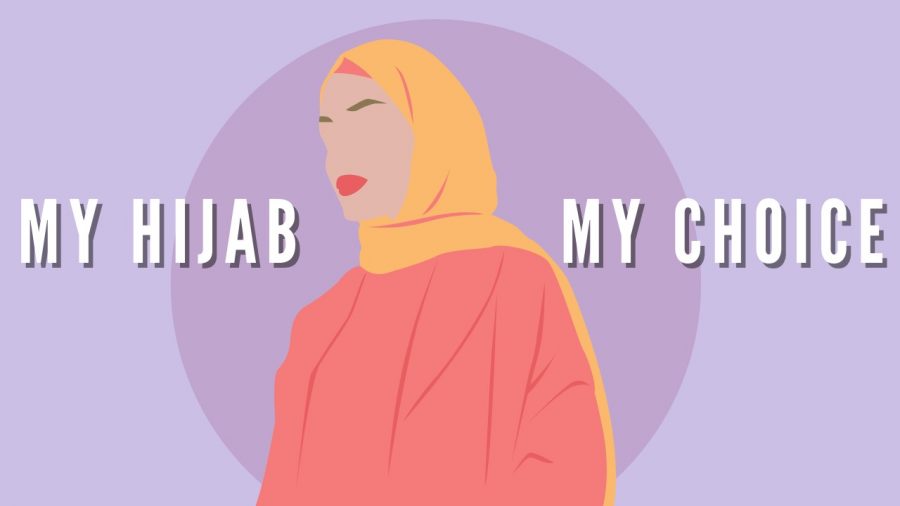 With its progressive history in the modern world, France seems to have thrown it all away. The recent decision to ban the wearing of hijabs is not about emphasizing secularism; it is about hindering Muslim women's rights.

About 5.7 million Muslims live in France, which makes this European country home to the largest population of Muslims in Europe. However, the large population is not an indicator for a lack of Islamophobia. Recently, Islamophobia has reached an all time high with France’s new bill just passed in the Conservative-majority senate. The bill broadly aims to discourage the imposing of religious viewpoints or symbols in public by creating a bill that enforces “neutrality.” Symbols include not allowing Muslims under 18 to wear a hijab, creating a deep sense of betrayal and fear in the Islamic community within France and globally.

There is a lot of controversy on this bill, and for good reason—it only deepens the Islamophobia within France and reasserts the prejudice of what is supposed to be considered “secular,” considering many religions do not have barriers with this bill.

A hijab for Muslim women is a way of feeling protected when going out —it makes them feel safe and comfortable. Girls usually start wearing hijabs when they reach puberty, so to ban it for all girls under 18 will destroy their celebration of entering womanhood. Preserving the concept of modesty as a “restriction” against women solely acts as a hindrance of their freedom.

France is generally viewed as a progressive nation, so to witness a bill like this even being proposed is disappointing. France has been building up to this for a while; many consider the 9/11 attacks to be the catalyst, commencing an irrational paranoia towards Muslims. Just in 2011, France became the first country to ban all women from wearing any sort of veil or the niqab in public. France’s constant disapproval of simply wearing a religious headscarf for the excuse of preserving national integrity is shameful.

As a country which strongly believes in the values of equality and liberty, this bill is quite the opposite and does not solve anything. It is simply another law intended to control women, more significantly Muslim women. This ban is deeply rooted in the Islamophobic nature of the French Government and the “French Ideal,” which encompasses the idea of secularism.

“I think it’s a really big overstepping by the government. The hijab is a part of many peoples’ religion and there’s no reason that the government should be dictating what they should wear or not wear” , freshman Anabella Rodriguez said.

Secularism would mean separating state matters from any religious affiliations but in fact, this bill has done quite the opposite by enforcing bans on Islam and specifically targeting muslims. Even President Macron agrees with the bill and is pushing for it to be enacted. This bill is a step back for equality and eradicating islamophobia as a whole.

Imagine not being able to wear clothes outside—that uncomfortable feeling of being exposed is what Muslim girls who wear a hijab in France are fearing they will have to endure. The French government is rephrasing the ban on hijabs as empowering women, but it only intensifies Islamophobia and show how ignorant France is to Islam and their values.

Moreover, the idea that women are forced to wear a hijab is completely inaccurate and is a dangerous fallacy roaming around conversations and news headlines. Most Muslim women wear it because it is their choice. Therefore, this “progressive” leaning country is actually stripping women’s rights to choose what to wear, which is demoralizing in such a nation. Some women in other countries are forced to wear a hijab, but banning it in France will not solve the issue. It will instead create a notion that a hijab is wrong or unlawful, consequently intensifying Islamophobia in France. There are other ways to go about this then simply being ignorant and not letting women practice their beliefs. What will banning a hijab really accomplish besides oppression?

The potential ban on hijabs for women under 18 is not effective whatsoever and it triggers a rightful outrage from the Islamic community and all those supporting this group’s fundamental rights in France. By implementing this bill, France is letting go of their ideals of liberty and equality. France has just proved that we are not fully at a point where women are not being controlled and considered equal.