What is it Like to be a Woman in STEM? 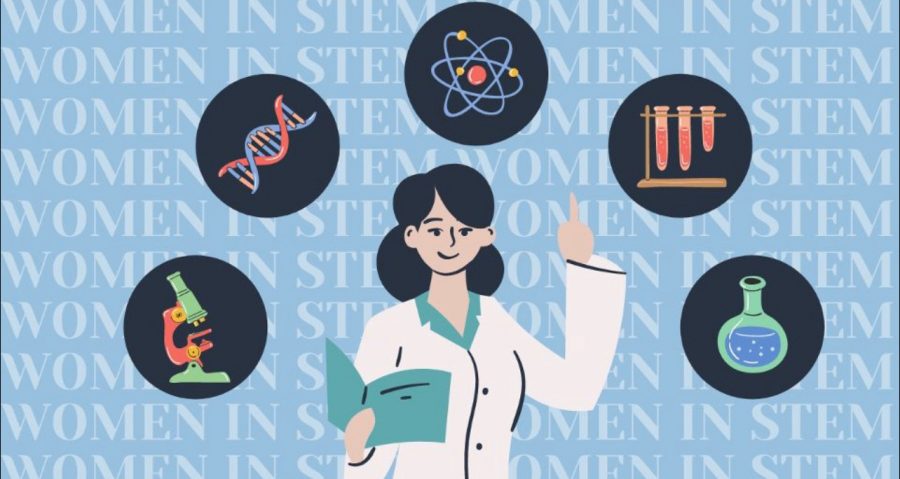 In today's modern society with all the accomplishments we have seen, women yearning for a job in a STEM field still face extreme amounts of prejudice just because of their gender.

From bionic arms to mathematical theorems, the Science, Technology, Engineering and Mathematics field offers a world of opportunity for anyone interested in participating. However, because of the remnants of misogyny and inequality that women still face, there is a large stigma surrounding female participation. When looking at people working in the STEM industries, women make up almost ⅓ of the field, yet tend to be paid much less than men and are automatically deemed inferior just because of their gender.

Having diverse employees in a work establishment leaves room for growth as an industry. Different opinions, ideas and range in ability all come as perks of incorporating women into STEM related jobs, so why are they still being treated as anything less than an asset? Looking at real life incidents in which women have been affected by gender bias and prejudice goes to show the issue is still prevalent. One of the unlucky ladies to experience the neglectful nature of being a woman in STEM was Jocelyn Bell Burnell. Burnell was best known for her discovery in pulsars. Despite her great career and groundbreaking accomplishment, she was no exception to the belittlement of the business, as she was often not given research jobs. It was difficult for her to balance her family with her job because during her pregnancy the university she attended did not provide assistance for those on maternity leave. Simply put, even with all the barriers she broke, being a woman always seemed to outweigh them.

For a great deal of time, women’s passions were sorted into categories of what society thinks they should focus on, such as homemaking, teaching or even cooking meals. This has created a narrative that other careers are “unfeminine”. The repercussions of this creates a standard that they cannot seek a career in STEM without losing their femininity; as a whole, this philosophy is damaging and creates a sense of hopelessness for women that wish to pursue their dreams. Seeing little to no representation from fellow female peers is a disadvantage to those young women who seek interest in joining the science, technology, engineering and math world.

Even now, the majority of women in STEM understand the discrimination firsthand as they continue to get paid significantly less than their male counterparts. Women in STEM make 82% and 87% of what a man makes, meaning they recieve $65,000 annually compared to men who receive $75,000 and above. Moreover, with the women who do make it in the field, they tend to never get employed to higher positions making it so that women are only 3% of CEOs and 20% of CFOs. This all goes to show that women’s recognition isn’t a priority, even when they are proven successful it is often turned around to praising the men involved.

Additionally, they are not only shown overall less respect and paid less, but are also often subjected to sexual harassment in the workplace as a result of said stigma. 53% of STEM workers have come out and said they see a signified amount of occurrences in which sexual harassment takes place in their job and approximately 20% of women say they are experiencing this torment. It is enough of an issue that women all over the world have to experience sexual harassment but it is exacerbated when the harraser is part of the place of work; this further stigmatizes working in a STEM field and discourages women from pursuing a career they may be passionate about.

“As a woman who plans on pursuing STEM in the future, I’ve read extensively about the gender disparities in the field. It’s troubling because it originates from traditional sexist views in which women could not reach or aspire as high as men, especially in the medical field. However, I believe that no job is considered ‘manly’ or only ‘for women.’ As our society progresses, I believe that more women will enter the STEM field because they’ll see its benefits and will want to be role models to young women across the world,” junior Jasming Senel said.

Educating yourself and starting up conversations on these issues are what help them get resolved. This toxic cycle is hard to break but women all over the world are fighting it day by day and making gradual progress. The issue is the lack of support and resources; creating more spaces for women in STEM and encouraging more to join would significantly help create an equitable environment.