The Latest Cancel Culture Controversy: A Nation Divided Over a Potato 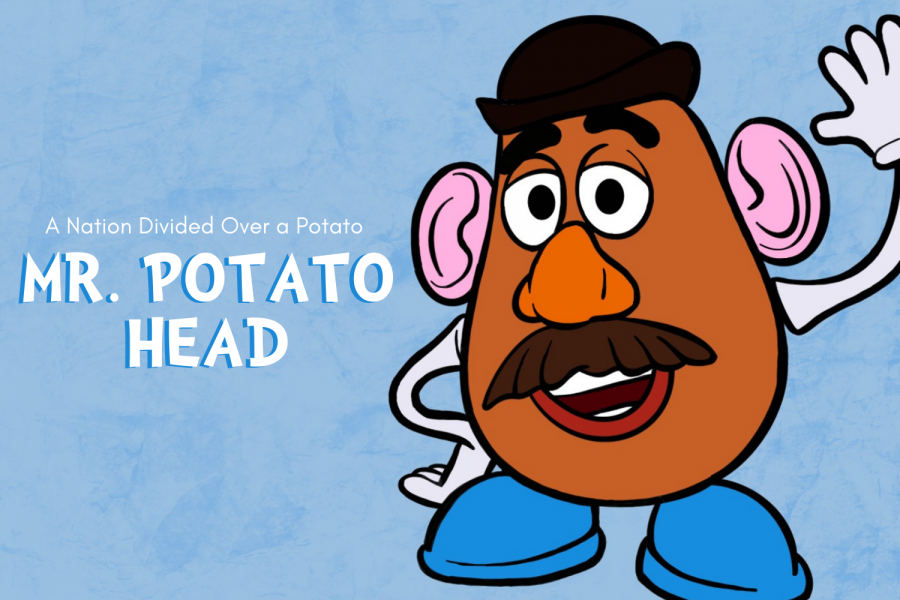 Mr. Potato Head has now been rebranded to just Potato head following controversy on the gender labels of the popular American toy.

Over the course of the COVID-19 quarantine, many brands and objects experienced the new phenomena of “cancel culture”, being deemed to be racist, homophobic or sexist. Everyday consumer items like Aunt Jemima’s syrup or cartoon characters such as Pepe le Pew are getting put through the latest ringer of controversies. While those things may have seemed ridiculous, the new object experiencing negative attention is a potato.

Mr. Potato Head, an American staple, was a popular toy made by Hasbro and has become one of the most recognizable toys in the world. This toy has a potato shaped plastic figure that allowed children to customize him with accessories such as hats, glasses or even a mustache. Mr. Potato Head has been one of the most popular toys around the world, even appearing in big movies such as Toy Story and is now receiving criticism over the name. Even though it has been produced since 1950, it has recently stirred controversy for being sexist for having “Mr.” in front of his name. Now, people are demanding that this toy potato should be rebranded as a gender-neutral character by removing the surname.

“I think this is really stupid. They have a female version of this toy so I don’t really see the problem. I think people are just trying to cancel random stuff at this point,” junior Isabella Flores said.

Think it can’t get worse? Well it can. This plastic potato has become a political weapon that some media sources are using to attack other media sources. Major news networks such as Fox News and CNN have covered this story, even going as far as attacking each other over their different beliefs. While both news stations could be covering other events that are going on in the world, they choose to attack each other because of the controversy about a toy potato.

On March 3, Fox News published an article about the thoughts of Bette Midler, an American singer-songwriter, poking fun at the decision of rebranding it. Although there are many other more important events happening in the world, such as the start of a new presidency and International Women’s Day, Americans continue to argue over things like the gender of a plastic potato toy.

“It’s pretty funny how some people are so concerned over a potato. I’ve seen this toy all over the place but never paid attention to how he has “Mr.” in his name. It’s not really the main focus point of the toy,” junior Oliver Michel said.

This movement of trying to rebrand the famous toy has forced Hasbro to change the toy in its entirety, even though its original look brought them a lot of success. Mr. Potato Head, now rebranded as just Potato Head, is now being forced to change to include all of the gender-fluid potatoes in the world. Hasbro has come out and said that while they will not be changing the name of the toy, they have created a gender-inclusive family for the potatoes. Have we really gone that crazy amidst the COVID-19 pandemic? Other than that, there does not seem to be a significant argument as to why this is being brought up.

It is odd to think that some people care more about the gender of a plastic potato toy than many other important events that may be happening. While it is a good thing that people are becoming more aware of gender labels, changing the name of a potato toy is unnecessary. There are actual, living people who get misgendered, yet people are more concerned about potatoes. Even though there are people all over the world who have to worry about where their next meal may come from or are constantly fearing for their lives, some people are still concerned over whether or not potatoes have the proper gender.