Trump’s Taxes: The Signs of A Failed Businessman 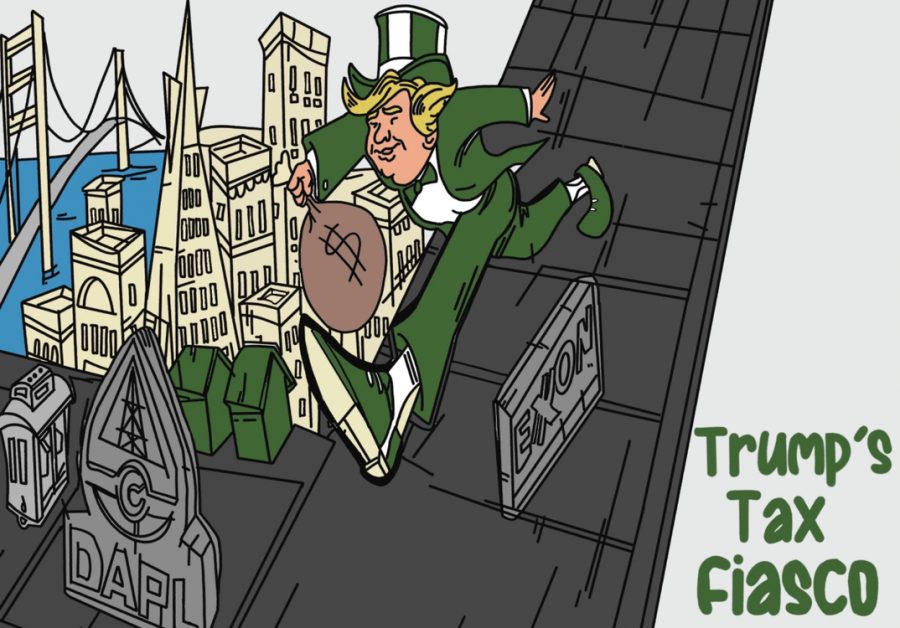 With less than 40 days until election, The New York Times published an extensive investigation unveiling President Trump’s tax records, which many Americans have wanted to see since his first presidential campaign. Since the campaigning stage of his late political career, he has not released his tax data. This was unusual since for about 40 years, presidential candidates have traditionally released their tax returns to show transparency. The New York Times’ investigation covers much regarding the President’s finances, discovering that yes indeed, he pays just a fraction of what the average middle class American pays in taxes, but that most significantly, he is not the persona that he perceives to the public– he is actually a failed businessman that has evaded his civil duty of taxes for almost two decades.

The longing for President Trump’s tax returns not only comes because he broke presidential tradition, but rather because his finances are known up to only 1995 and then, there is nothing available on the public record. Presidents and politicians release their tax returns to prove that they are not hiding anything- President Trump definitely was.

According to the Times, just 750 dollars of federal income tax was paid to the IRS in 2016 and 2017 by the President of the United States; something unprecedented, like many of the things that Donald Trump does. In order to understand why this number is so significant, the rest of the investigation’s findings must be acknowledged. Trump has gone through several financial ups and downs; sudden influxes in money, followed by some investments in different businesses, failure and eventual reinvention– a never ending cycle. After years of maladministration and pouring money into businesses that had no potential in the late 90s, he was recovering from losing a vast majority of his inheritance. To his luck, in 2003, he landed a job as TV host of the infamous “The Apprentice.” By appearing on this show, Trump begins to add value to his once forgotten name and through plenty of endorsements and partnerships, his name starts to appear on everything from suits to mattresses. The show and everything that followed it produced a grand 427.4 million dollars for Mr. Trump- step four of his cycle complete.

Here is where it gets complicated. In 2008 and 2009, the President claimed that his businesses lost up to 1.4 billion dollars. He uses his built up losses from the five years prior to declare a tax refund on all the taxes he paid from 2005 to 2007- the years in which his fame peaked with “The Apprentice.” The IRS hands him a 70 million dollar refund for a billion dollar loss. This is just one of the IRS’s interesting business loopholes designed to help the wealthiest in the country but never the average American.

This case is a fascinating paradox of how a self-proclaimed billionaire managed to continuously support a lavish lifestyle and pour hundreds of millions of dollars into hotels, golf courses and other entities that year after year produced higher costs than they did revenue. Trump was back at stage three: failure.

Scrambling to get to that step four of reinvention, in 2015, Trump launched his presidential campaign. Perhaps he did this as a way to get his name in the papers and make the money he so desperately needs- a reevaluation of the Trump name. He ran his campaign on being a billionaire that makes incredible deals and mounting profit, very ironic now that his financial records are out in the light. That publicity landed him in the White House and now he has a 420 million dollars in debt that will be soon due. This debt mostly comes from loans used to build his hotels, buildings and maintain golf courses but as aforementioned, they all don’t produce enough to pay off those loans due to them.

“When I read that headline, I was upset about the fact that the average American pays way more than what he did. However, in the first presidential debate he denied the allegations of the New York Times, and I will hold him up to his word,” junior Marcos Snyder said.

How someone supposedly as wealthy as Donald Trump could manage to cheat the tax system over the span of 15 years and then have the audacity to become President –a representation of these systems– is truly unbelievable. On several occasions, he has claimed to be smart for taking advantage of the system and not supporting the very institutions that he now governs or claims to care about.

Although it is difficult to come to a specific conclusion,rump’s tax returns are either the ordeal of a rich man trying to greedily keep as much of his profit as possible but rather a case of a rich man who runs businesses that lose so much money annually that there is nothing left for the IRS to tax, a man who made most of his money when he was not in charge, as whenever he tried to administer his OWN business, it failed pathetically. This cold truth doesn’t back up the great businessman image that he’s always tried to portray. Once again, this issue is one that gravely threatens Donald Trump’s sensitive ego.

Unfortunately, this issue hasn’t come off as a President that pays virtually nothing in federal income taxes but rather as another thing that the President has concealed. His supporters trusted that he ran the country like a business. Maybe that was the change of direction that America needed and, yes, he did manage to run the country like one of his businesses; one with unnecessarily high costs and a revenue that trails far behind, driving the country even deeper into a massive deficit, even before the coronavirus pandemic.