Should the Notorious RBG Be Replaced So Soon? 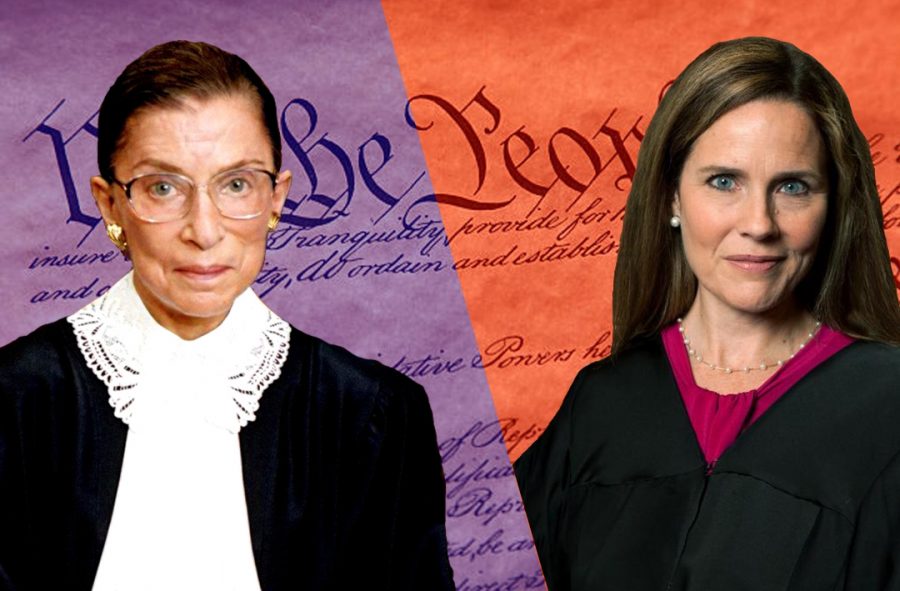 Donald Trump wants to immediately fill Ruth Bader Ginsburg's spot with a woman who is against all of the views she held.

On Sep. 18, 2020, the American people were saddened and heartbroken by the news of Ruth Bader Ginsburg’s passing. Also known as RBG, she was a Supreme Court justice who was a fierce feminist and LGBTQ+ ally. She aided in the legalization of gay marriage under the Obama administration and despite her small stature, was a powerful voice in allowing mothers to work. However, in a nation where moving forward and replacing is the only choice we have, how soon should we look into filling her seat? She is truly irreplaceable, thus her dying wish should be made- her seat should not be filled until after the election.

Many members of the Republican party did not wait a full 24 hours before announcing their intentions. President Donald J. Trump wants RBG’s seat filled before Election Day and the Republican Senate is in full support. Mitch McConnell came out with a statement that he would follow through with his “promise” to the American people and approve whoever Trump nominates. This was met with obvious protest from the Democratic party and to be perfectly honest, their anger and disbelief is justified.

Precedent was set in 2016 when a seat for Supreme Court justice was vacant and the Obama administration was pushing for the seat to be filled. The Republican majority Senate would not approve this pick, urging that the new justice nomination should be put in the hands of the American people. This was set in stone when Senator Lindsay Graham said “If there is a Republican president in 2016 and a vacancy occurs in the last year of the first term, you can say Lindsay Graham said ‘Let’s let the next president, whoever it might be, make that nomination.’” So, the Republican Party should honor this statement and wait until after the 2020 Presidential Election to determine the next Supreme Court justice.

Before she died, RBG hoped that she would not be replaced while Donald Trump was still in office. “My most fervent wish is that I will not be replaced until a new president is installed,” she had said to her granddaughter, days before her passing. Whoever Trump approves will obviously be a raging Conservative who agrees with every one of his policies and that fact alone worries minorities all across the country. One of Trump’s top picks is Amy Coney Barett, a hardcore Catholic Conservative who has said “legal career is but a means to an end and that end is building the Kingdom of God.” She is the exact opposite of the Notorious RBG, so her possible nomination could make the Supreme Court a conservative majority.

This raises the question of whether religion will sometimes affect her court ruling. She is also anti-abortion, which does not end abortions and instead bans safe ones. We know that the majority of Americans are not in favor of totally banning abortions and is looking into invalidating the Affordable Care Act, which would take away the health care of millions of Americans. Overall, we should wait until after the election so the American people can decide on a person who they feel would nominate the best SCOTUS candidate.

“RBG literally just passed away, we need to show some respect. I think it would be better for everyone if we wait,” freshman Lorena Acevedo said.

So where does this leave us? We can hope that the Republican party comes to their senses, exercises whatever sense of mortality they have left and does not nominate a SCOTUS candidate before the election. However, if they do, there is still some hope. If Joe Biden wins the election, the Democrats will always be able to abolish the filibuster and expand the courts.