The Power of the Youth Vote 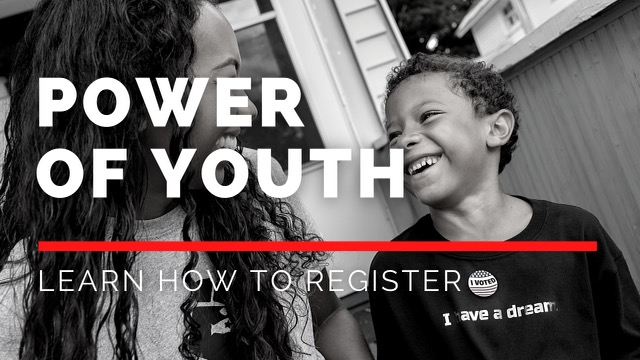 It is vital to our society that the newest group of voters stands up for what they believe in.

As one of the most vital elections in the nation’s history draws near, advocacy for the youth vote has never been more widespread. Growing up in the age of information, Generation Z has had current events all around them from the television screen to their classrooms to, most recently, their social media. The youth is more informed than ever, not only being invested in knowing what is going on in their government, climate or society, but also finally recognizing the power that they hold by utilizing their right to vote. Even those who are not old enough or eligible to vote have a mentality that the youth did not have years ago; they too are becoming more civically engaged. It is not just about those old enough to vote anymore, it is also about those who are registered and pre-registered to vote, those who actively work to get young people civically engaged and overall, the work beyond the ballot box.

Aside from the platform that young people have through social media to voice their opinions and raise awareness on any topic, registering to vote has recently become a national spotlight as Nov. 3 nears. Across almost all platforms, a pop-up message lingers on screens to facilitate the voter registration process. Registering to vote once eligible is just as important as voting. In Florida, high school students are eligible to pre-register at the age of 16 and official registration can be done at 17 if one will be 18 by election day. Registering to vote as soon as possible is extremely important as once an American citizen registers to vote, they choose a political party in order to vote in their respected primaries or as an independent, not affiliating to the democratic or republican party, thus being able to only vote in general elections. Those not of age to officially vote have found other ways to promote their initiative including signing up to be a poll worker, as there is a desperate need due to COVID-19, and volunteering for local campaigns in their area, acknowledging that those, too, are crucial. Activism for the imperative first step of the voting process has been seen everywhere, whether through social media platforms like aforementioned or television ads, local and national civic engagement organizations and even through school districts. Miami-Dade County Public Schools posted a banner that leads students to voter resources on the Dadeschools Student Portal making it clear that even the youngest voices of eligible high school juniors and seniors are vital to our democracy.

”I think that this is a great approach. Since young voters account for a large portion of our population they definitely need to be encouraged anyway possible. We all visit the portal on a daily basis so that is a great way to reach out,” senior Melanie Ozuna said.

It seems that young voters have only been known for not showing up to vote but that will not be the case for the 2020 election. Experts are predicting one of the highest youth voter turnouts that the country has seen in the past century. This is no surprise as the current political climate has made a LOT of people angry, specifically young people and minorities, as the current administration has done little for this large portion of the country. In an effort to make these predictions come true, non-partisan organizations like New Voters and Future Voters have worked with high school and college students across the country to help them set up voter registration drives in their schools and communities.

During these unprecedented times, voter registration drives can no longer be held in person. An alternative? Host a text bank! A handful of students  at Gables have had the pleasure of working with these organizations in an attempt to get our school as civically engaged as possible. They recruited a group of peers to text voter registration information to as many students as possible. By even registering some 20 students, the impact made is huge as these students are setting up others for a lifetime of civic engagement.

”I worked with two other Floridian teens to create Future Voters Florida…It is a wonderful cause-helping others register to vote- because every election there are eligible voters who get turned away from the polls for not being registered correctly or in time,” senior Mia Crabill said.

All the work that students, organizations and public figures are doing to get everyone registered and to encourage them to vote, should lead to a monumental election. America’s democracy seems like it can only get stronger from here, as the youth vote has become so significant, especially now that people are much more engaged and aware of everything that is going on and how it affects them and their posterity.