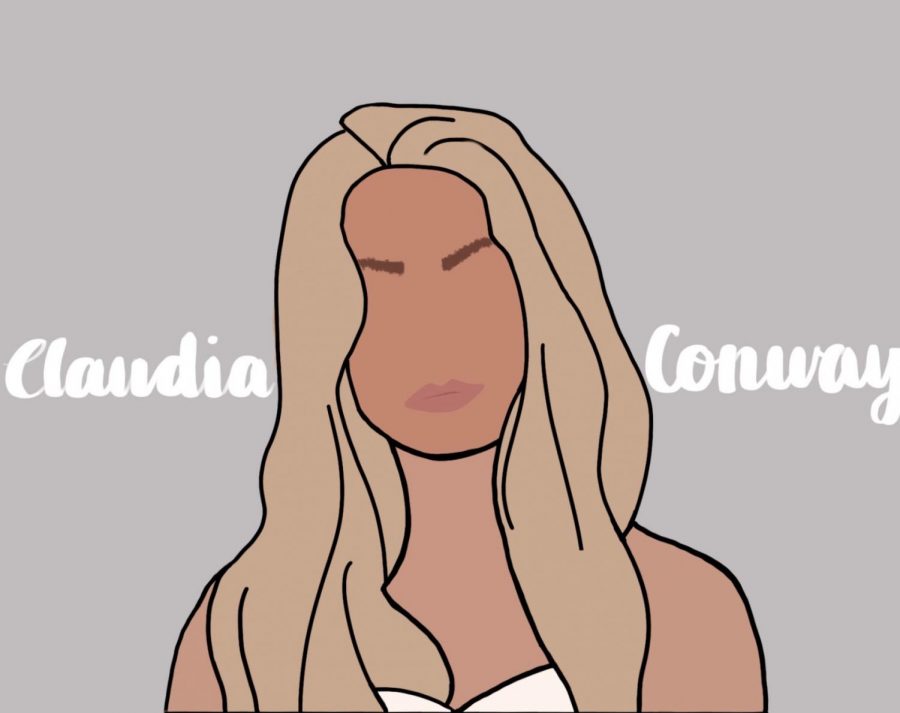 15 year old Claudia Conway was able to take down her parent's political stature through social media.

Even with some of America’s most potent political figures, cancel culture has proven to be effective in inciting dialogue regarding many controversies. It seemed that the action of “cancelling” people only worked on people in the entertainment industry that had made a mistake. Recently, cancel culture has reached Washington D.C. and it was all done through the personal social media of Claudia Conway, daughter of Kellyanne Conway. A family of such political stature in the Republican sphere have made headlines across different news channels, as their family troubles are now known to the entire world. Though it may seem like this is just a spoiled teenager trying to get public attention, it is not– it is a cry for help. The tarnishing of such successful careers as those of the Conways was necessary in order for a struggling teen to get the help she needs to get away from her toxic family.

If you recognize her name, Kellyanne Conway served as President Trump’s campaign advisor, being the first woman in history to run a successful presidential campaign. After winning the 2016 election, Trump then named Conway the senior White House advisor, who functions as the president’s counselor. Kellyanne has a rocky reputation of switching her position on issues and people whenever it suits her, escaping tough interview questions by never actually answering them and breaking federal ethics rules by advertising Ivanka Trump’s brand on television, similar to President Trump’s careless advertisement for Goya that also violated ethics rules. However, Kellyanne Conway has recently made a name for herself in the media, not for her work as White House advisor but for her daughter, Claudia Conway’s strongly opinionated social media pages against Trump and in some cases, against her own mother. The headlines that speak on Claudia Conway don’t just cover her contrary political views to her mother’s; they also delve into the family’s dysfunctional dynamics. On several occasions she has referenced her poor mental health due to her family life and the struggle of having living in the public eye.

“In some cases where the individual is being abused in some way, the victim should be able to speak out and I think there should be some backlash,” sophomore Patrick Keough said.

Fifteen year old Claudia Conway didn’t always post political TikToks– around April, she began posting her views against her mother’s boss, gaining her a large following. She actively attacked Donald Trump and spoke in favor of the Black Lives Matter movement, the LGBTQA+ community, Planned Parenthood and many other things that the President has not worked in favor of. Claudia has been adamant about her beliefs, highlighting the mass discrepancies in the Trump administration. After leaving TikTok for some time, Claudia came back to say that her parents made her delete social media and even deleted some of her most controversial posts. She then began posting TikToks where she mentions her childhood trauma, the difficulties of having Kellyanne Conway as a mother and how she overall does not get along with her family. Claudia does not hold back when trying to show what her mother is really like; she has gone live on TikTok while in the presence of her mother, saying that she was making fun of her mental health, leading to Kellyanne trying to physically take her phone from her in an effort to stop Claudia from livestreaming as well as walking into a Zoom call of Claudia’s friends and kindly saying hello- both times attempting to hide her anger with a big smile. It is evident that Kellyanne is hiding something; it is visible in her behavior. She waves to the camera and smiles but when Claudia begins talking on her unkind words and actions, she tries to discredit her and take her device while still forcing herself to smile through it all.

Aside from this mother-daughter relationship, it is obvious that there is something up with this family’s dynamics adding to the struggles of Claudia Conway. While it is a conservative, Catholic household, Claudia’s father George Conway was founder and advisor of the Lincoln Project, a conservative political action committee that works to target independent voters and voters from swing states to vote Trump out of office. Couples can have differing political views, but it’s strange to be the advisor of a president when your husband makes a living from running a project to remove that president from office. George Conway was very happy about his daughter speaking out against his enemy. It was when she began talking about her private life that he tried to begin censoring her. Claudia made sure to tweet all about this, just continuing to tarnish her family’s image.This all boiled over to the point where both her parents resigned from their positions to focus more time on their family life which made various news headlines because of their positions at both jobs. It is not difficult to imagine the discussions at this family table and the constant tension between the couple, is very taxing on a child, especially a teenager going through their most formative years.

The fascinating thing about all this is how a teenager managed to quite literally overthrow two extremely successful careers, all through social media. The timing was just right for Claudia to do this; her right to voice her opinion to thousands with just the touch of a screen and the modern cancel culture lined up perfectly to get enough people interested in the senior White House Advisor and her family, especially because of the political climate today. A teenager doesn’t just cancel their parents because they are bored and want attention, especially when they are under the public scope like the Conways were; they cancel them because there is truly a reason much greater than opposing political views. Claudia Conway is simply crying out for help.