Are COVID-19 Numbers being Falsified? 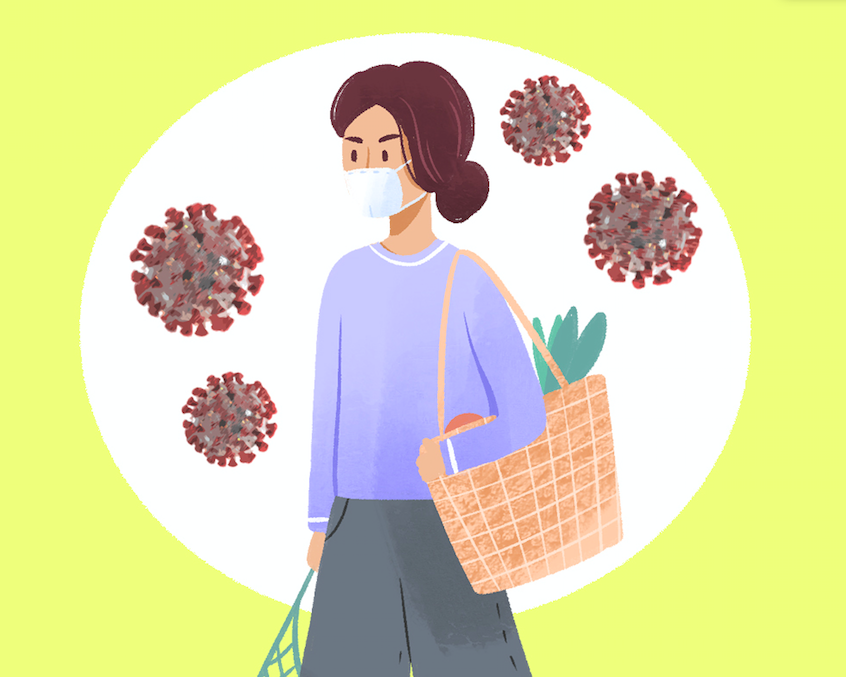 As Floridians brace themselves for a possible full on return to pre COVID-19 normal, can we really trust the data that case numbers are actually going down based off of issues in the past.

2020 has been a whirlwind; what we originally thought to be only a week’s break from school turned into a full transition to online learning that remains as an option for the foreseeable future. What we saw on the news of this emerging virus out of Wuhan, China seemed to be a problem that would never reach the United States, but it did. As cases in the United States began growing exponentially in March, residents needed to rely on government officials to ensure that they’d be safe and economically supported if we went into full lockdown. Unfortunately, our current administration failed the American people when it came to administering economic relief, creating a sufficient nation-wide testing strategy and utilizing this pandemic for political gain. This caused there to be mass speculation that the lowering in case numbers in various states are not necessarily a sign that COVID-19 is disappearing but rather that case numbers could be altered as so many government officials are urging for a reopening of everything.

To begin discussing this possibility, it is vital to know Donald Trump’s views towards the Coronavirus pandemic and the overall way he wanted to go about solving it. From saying the virus is practically harmless to blaming Mexico for the surge of cases in southwest states, Trump has blatantly lied to the American people for months. Recently, a shocking claim that made news headlines across all channels provided an even worse realization: Trump knew how dangerous this virus was, but chose to downplay it for the sake of economics and his own political stature. Renowned journalist Bob Woodward – the same Woodward who broke the story on Nixon’s watergate scandal–came out with an interview with Trump where he explicitly states how “he knew critical details about how deadly the virus was, and in March admitted he was playing it down…[as he was] more focused on the economy than the public health crisis”. It was not a shock that his main priority was ensuring the economy does not plummet, which it did anyway, reaching a lower downturn than what occurred during the Great Depression. The fact of the matter is our president knew the implications of not taking action on this virus, yet chose to do nothing about it. With that, not only has the economy suffered, as did millions of workers. The number of Americans that filed for unemployment reached a staggering amount, with almost 13% of the country doing so in May with no substantial help from the government.

Throughout the entire pandemic, the president continues to claim that the United States has the most efficient COVID-19 testing programs compared to other nations. Unfortunately, this is not the case; “…[apparently he] scrapped plans for a national coronavirus testing strategy to make Democratic governors in some of the hardest-hit states look bad”. The fact that this matter turned political under his administration proves his inability to take charge in combatting the pandemic. This resulted in state governors creating COVID-19 plans, with some mitigating the spread by enforcing the right precautions and others using Trump’s lack of guidance as their model.

“The fact that Miami experienced a breakout of cases only a few weeks ago and now there is talk that we are going back to school in-person very soon seems absurd,” senior Alexandra Torres said.

Another key figure who heavily downplayed the severity of this pandemic while continuously encouraging the reopening of our state is Florida governor Ron DeSantis. A few months ago, the state of Florida became the world’s epicenter of Coronavirus with the daily number of cases breaking records each time. Governor Ron DeSantis, like Trump, did not enforce face mask wearing nor keep the shut down of all non-essential businesses in play. He reopened beaches for the summer with many tourists coming down south to escape the then virus hotspots in the northeast, which paved the way to almost 10,000 Covid related deaths as of mid-August. The fall is among us, meaning back to school and the flu season is here. This should mean a spike in cases; yet that is not the “case”. Just days ago DeSantis gave the all clear for bars and restaurants to reopen at 50% capacity across the entire state including Miami and Tampa where there were reports that the number of positive cases has increased. Many residents are questioning the legitimacy of the less amount of case numbers and rightly so.

“It is very possible that COVID cases are not accurate and are being played down because of our President. When the virus first became a threat in the United States, he said that it would just disappear by April, and life would soon go back to normal. Well, we can see that it did not happen this way. By playing down the numbers, it makes them seem more responsible, thus allowing them to receive praise for their “work” and getting to reopen sooner,” junior Sabrina Bonavita said.

In July, Trump declared the CDC would be stripped from their role in obtaining data, fearing public health experts as this action could mean case numbers will be altered endangering the safety of public health. In Florida, one health expert even publicly came out saying “… she was asked to lower the percentage of positive COVID-19 cases in some counties so that they were under the threshold to reopen. She said, no.” It seems that there is a pattern with the mass distrust of case numbers on both sides, especially because of some of the false negatives and positives that have arisen. With this notion going around at the national level, it is safe to say that our Governor might be doing the same to get what he wants, which is to completely reopen Florida.

As many counties decide to reopen schools within their district, is it truly safe? Some schools that did return in person experienced a mass increase in positive cases amongst students. This does not just go for schools in Florida, but other states went through these same effects with some teachers without predisposed health conditions passing away from COVID-19. The dangerous implications of going back in-person so soon, with the lack of proper measures, is simply irresponsible and dangerous. We need to brace ourselves for any of the forthcoming decisions while staying aware of the potentially fabricated numbers.