Have Our Leaders Done Enough to Help Stop the COVID-19 Spread? 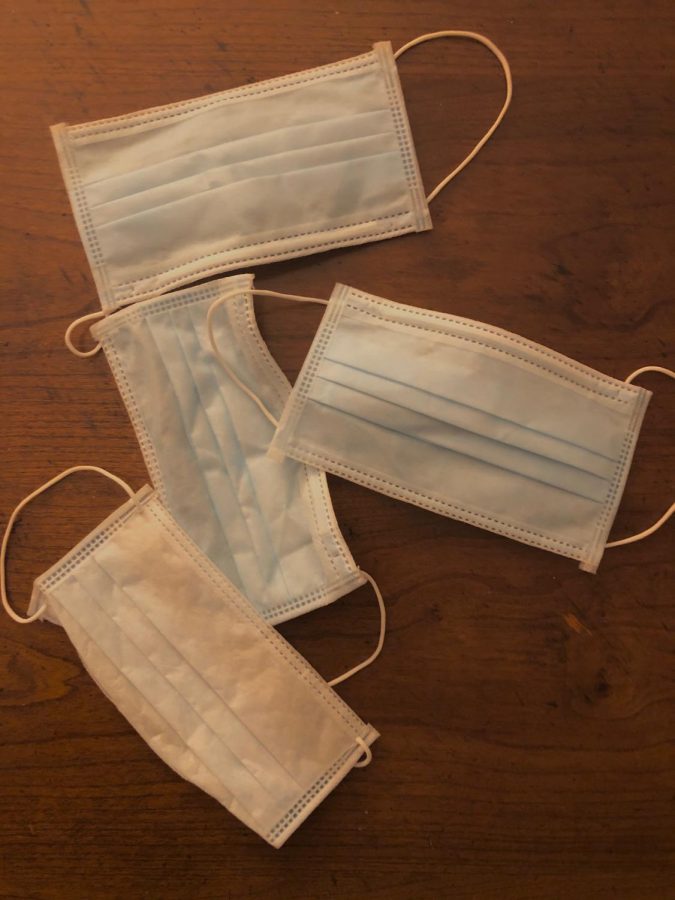 Currently, masks are not mandated by Florida Governor DeSantis. However, it is vital to continue wearing them in public places because this simple activity is highly effective in lessening the spread.

Coronavirus has been the center of discussion all over the world. What started out as a small outbreak in Wuhan, China has transformed into a global pandemic. From wearing masks out to staying six feet apart, these precautions have become the new normal. In an attempt to mitigate the situation, leaders around the world have implemented different measures to help stop the spread. In the United States, the president’s inaction has led to the worsening of the virus’ impact, with many local mayors and state governors like our own Ron de Santis failing to mandate proper precautions as well. The president must take a stronger leadership role in handling the virus in order to decrease cases and unpoliticize COVID-19, as it is not a partisan issue, it is a major public health concern. Until then, it is vital for all residents to take preventative measures, like wearing masks and social distancing, to do their part in flattening the curve.

Since the virus became an imminent threat in America, President Donald Trump has put up a facade, insinuating COVID-19 is not dangerous to keep his own reputation intact. However, the number of cases begs to differ as some states see 60,000 new cases a day. From calling it the “Chinese Virus” to stating that injecting disinfectants will make the immune system stronger, his never ending lies have led to mass misinformation of the public. He has downplayed the situation, stating it will go away on its own especially if states slow down testing. Nonetheless, as he holds more press conferences, he continuously refuses to acknowledge the importance of wearing a mask, ultimately causing many Americans to follow in his footsteps. Trump has left health officials on their own without devising any national plan to help combat the virus. In spite of this dire need for action on his behalf, he has encouraged the reopening of all schools in the fall alongside the Secretary of Education Betsy DeVos, putting teachers and students at great risk and demanding to cut funding if in person schooling is not possible. Public schools are underfunded as it is, and using the virus as a political pawn to redistribute funds from needed areas is appalling.

As countries in Europe have seen a decrease in cases and overall flattening of the curve, the United States has become the epicenter of this virus with states like Texas and Florida reaching all time highs. As of right now, almost four million Americans have contracted COVID-19 with the death toll soon to surpass 150,000. Since February, coronavirus has slowly become a big problem in the United States, with New York experiencing the brunt of the virus first. However, this continuous rise in cases has not been enough encouragement to push President Trump to take any serious action. Alongside his administration, Trump has yet to create a nation wide plan to help flatten the curve once and for all. It is imperative that any form of action on his behalf, even simply wearing a mask to his speeches or briefings, should be taken as soon as possible because it would make a world of difference in portraying to the American people that COVID-19 is a serious issue.

“I do not believe Donald Trump has done enough to help the United States stop the spread of the virus making endless excuses on why a national plan simply would not work. His failure to lead has resulted in the death of many that could have been avoided,” sophomore Sabrina Bonavita said.

Although Trump has not done much, many governors have taken control in creating plans to combat the fast spread of the virus. Governors like Andrew Cuomo of New York issued stay at home orders for weeks to help slow down the spread as his state was the epicenter of the virus for months. This method seemed to have worked as slowly cases have lessened over time. Unlike Governor Cuomo, Florida Governor Ron DeSantis has taken a different approach for his state by doing virtually nothing. Governor DeSantis has stated that cases spiking is due to the greater amount of testing and majority of those infected are younger people so death rates are low. Endorsed by Trump during the 2018 election, he has been adamant about following certain guidelines the President has made. He has consistently shown that he cares more about the economy than public health by resisting another much-needed state wide lockdown, still allowing many beaches and restaurants to remain open. DeSantis does not condone charges to those choosing not to wear a mask, believing all people are entitled to making their own choices nor does he even require them. His statements on masks furthers the endangerment of the public’s health as wearing masks have turned into a political matter rather than a health one. Wearing a mask is necessary for the safety of oneself and others, as wearing a seatbelt is and for an official that has the lives of so many individuals at hand, it is reckless and irresponsible behavior. To further contribute to that, he believes school needs to be conducted in person in the fall, even though cases are spiking. It is absurd to even think schools should reopen in the fall unless we see a sharp decrease in cases. It is evident that DeSantis’ words and actions are aimed at boosting the economy and pleasing higher ranking officials rather than flattening the curve.

As for Miami-Dade County,  Mayor Carlos Gimenez has received backlash from both sides of the aisle as cases in the county are the highest in Florida. As of right now, he has implemented curfews for residents starting at 10 P.M., banned indoor dining, and made mask wearing mandatory. This is not nearly enough considering the number of residents living in our county but the vast majority of civilians refuse to go back into self-quarantine. It is an incredibly difficult situation with no clear solution, but Gimenez is at the very least encouraging efforts to mitigate the crisis and condoning mask wearing by doing it himself.

All in all, there is a great deal of miscommunication regarding COVID-19, beginning at the federal government trickling down to municipal governments. Florida lacks an organized plan, with counties making different decisions on how to go about the issue at hand. The severity of the pandemic in the United States worsens everyday, yet not much is being done to help combat the fast-paced spread. Our leaders must promote the importance of wearing masks, social distancing and minimizing outings to help unify America to defeat COVID-19 because as of right now this has turned into a political debate rather than a collective concern. Civilians must also do their part in continuing to acknowledge this crisis by social distancing, getting tested if you have come in contact with someone with COVID-19, and wearing a mask when in public places. This pandemic can eventually come to an end if we work together to minimize the number of cases and continue to take necessary precautions.