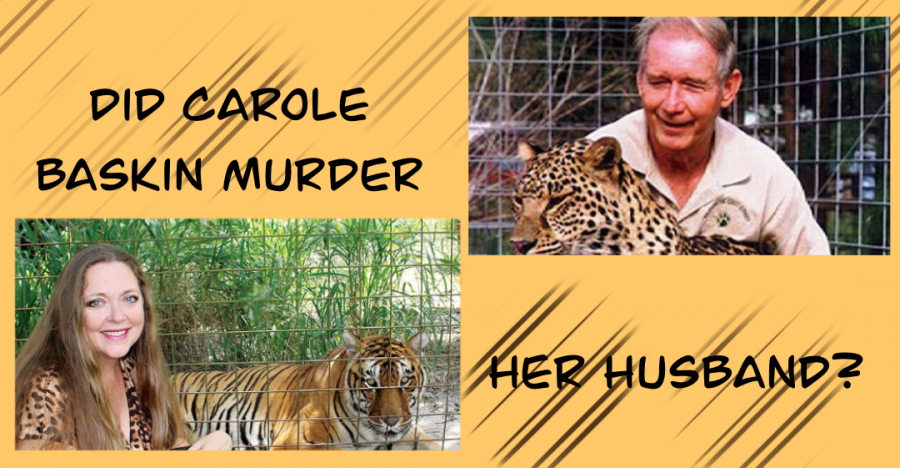 Tiger King was released on March 20 and has already surpassed 30 million views.

As every American knows, Florida is infamous for its’ questionable news headlines. Every day, you hear “Florida Man…” this or “Florida Man…” that, but ever since Netflix released “Tiger King: Murder, Mayhem, and Madness”, it is safe to say that Don Lewi’s “disappearance” is the cherry on top of Florida’s investigations. The series was a huge success, as viewers were immersed into the world of owning exotic animals in the United States. Throughout various episodes of the docu-series, Carole Baskin is accused and even investigated for her second husband’s murder. Even though she has been cleared as a suspect by state officials, there is a massive amount of circumstantial evidence that points his death right back to Carole. The truth is, Carole Baskin murdered her husband simply because she desired his inheritance and wanted to prevent her marriage from failing for the world to see.

It was no secret that Don Lewis was a wealthy man: he was a self-made millionaire through his real estate and car businesses. Him and Carole met on a fluke, which ended with their courtship and him leaving his first wife and children behind. His money was predominantly shown through his large collection of exotic cats, which ironically is what led to this mess in the first place. Lewis left behind around $5 million in assets, which were meant to be distributed between his children from his previous marriage, but Carole completely, and illegally, changed his will to leave all of the money to herself. This is one of the most concrete pieces of evidence, and probably the only one that most people agree with. Without his money, Carole would be left with nothing. Yes, she did help grow his business over the year, but everything was in her husband’s name. Certainly if Lewis were to have left his relationship behind, Carole would not have wanted to return back to square one.

Don Lewis would constantly fly to Costa Rica for “business trips” which was simply a coverup for having affairs. This bothered Carole, as it would any wife, but it did not come to much a surprise since she met him while he was still married to his first wife. As it was mentioned in the docu-series, Lewis planned on transferring his properties over to Costa Rica, and needless to say, Carole was not in agreement with this. They constantly fought over how to run their tiger sanctuary. Carole wanted to create a rescue center while Don preferred to breed and use his cats for entertainment purposes. Carole being the big “cat advocate” she is most certainly did not want to envision her beloved cats being mistreated.

The cheating, the disagreements and the lies began to put a strain on their marriage. Evidently there were also situations that were not spoken of in the series, like the reason Lewis filed a restraining order against Baskin. What kind of wife terrifies her husband to the point where he feels he needs to take legal action? Not an innocent one, that is for sure. However, there are still potential gaps in this argument because this is only what is known based off of the series and the public record. However, there is so little wiggleroom that it is almost conclusive that Carole Baskin did indeed kill her husband.

“I think Carole had an infinite amount of reasons to kill her husband, who knows if the truth will ever be revealed,” sophomore Abigail Colodner said.

There is a plethora of theories of what could have possibly happened to Don Lewis, but the truth is only Carole knows. Since the premiere of the show, Lewis’ investigation has been reopened and police are attempting to explore any speculations they are faced with. No matter the outcome, whether they do move forward with this case or whether it goes cold again, Carole Baskin will always be known as the crazy cat lady who killed her husband and fed him to her tigers.