Is Halloween Just Another Commercial Holiday? 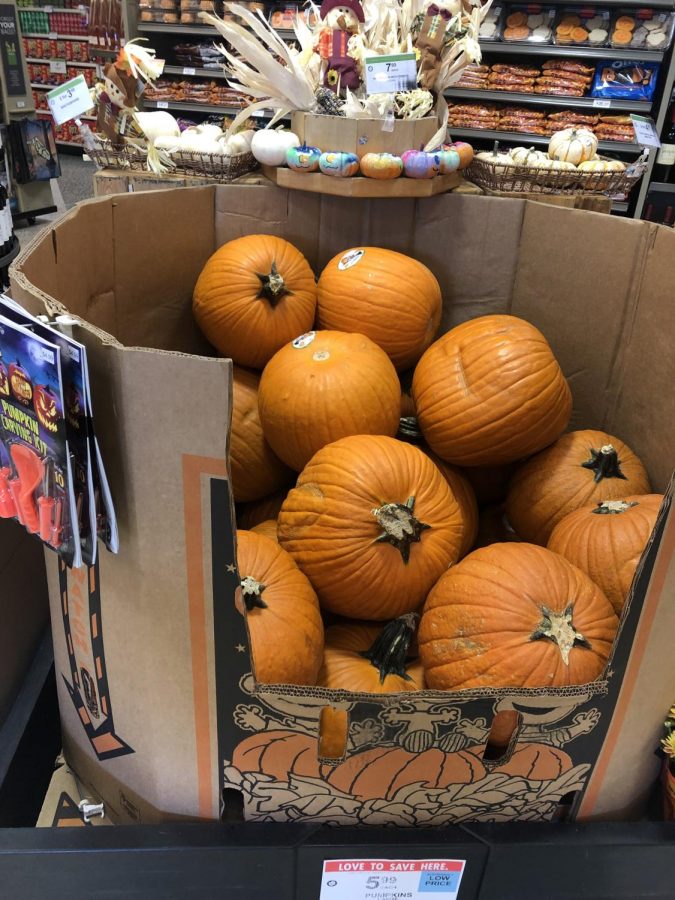 Many grocery stores and pumpkin patches sell pumpkins throughout the fall season.

Halloween started as an ancient Celtic festival and moved to America in the 19th century before gaining popularity and becoming the second largest commercial holiday, right behind Christmas. Nowadays, is the holiday just a ploy major companies use for money? ‘

In the past few decades, Halloween has grown into an unacceptable excuse for companies to overcharge for costumes, decorations and candy, allowing Americans to give in to their consumerist nature. Clubs, restaurants and bars also use the celebration for extra money by hosting Halloween events and offering special deals. On average, consumers spend $9.1 billion on the holiday every year and companies are always looking for new ways to cash in. Halloween has been transformed into a holiday by companies eager to get extra money from the American public in a month with no real holidays.

The use of Halloween-themed packaging is one way large companies have turned the holiday into a commercial industry. Seasonal packaging often increases sales and makes the product more appealing to the consumer, and this is especially true for Halloween-decorated goods. This special packaging costs the same amount for the companies to produce, often hiking up the price when they sell it to consumers. This means that by purchasing these seasonally packaged products, you are being ripped off and losing money. Besides the urge to get into the spirit, these marketing campaigns are offered for a limited time, causing a sense of urgency and a likeliness to impulse-buy.

“Halloween is definitely a commercial holiday. It is largely centered around themed merchandise sold and marketing tactics utilized in this season,” freshman Sophie Gonzalez said.

To continue, Halloween did not actually have much significance before the concept of trick-or-treating came about. Unlike religious holidays such Christmas or Easter, it was not typically celebrated or regarded as an important holiday until trick-or-treating became popular in the early 1900s. Since the lift of the sugar rations following World War II, Americans have spent $2.6 billion on candy every year. The holiday is now deeply ingrained in American culture and is very important to the economic welfare of many companies, but in Britain it is seen as “yet another unwanted consumerist culture import from the United States” due to the way it is often used as an excuse to spend hundreds on decorations and candy. The holiday has become largely centered around this rather than the origins of the celebration.

Some might argue that Halloween is a classic, iconic American holiday that many children enjoy. While it is meaningful to some, that does not excuse the fact that companies created the holiday to suck money from American citizens. Every year, Americans can lose hundred of dollars on merchandise dedicated to this consumerist holiday.

It is important to be weary of overspending, but you might as well enjoy the holiday because it is now engraved in American culture. However, the celebration will always just be a ploy from companies to get money from the American public. They do this by overpricing so-called “limited edition” goods and holding costly Halloween events to the point where it has been nearly ruined. To keep the situation from deteriorating, it is integral to shift the focus of Halloween from a candy-earning activity to bonding time for family and friends, as the holiday’s spirit should not be taken advantage of.