Donald Trump: The Presidential Impeachment of a Criminal in Office 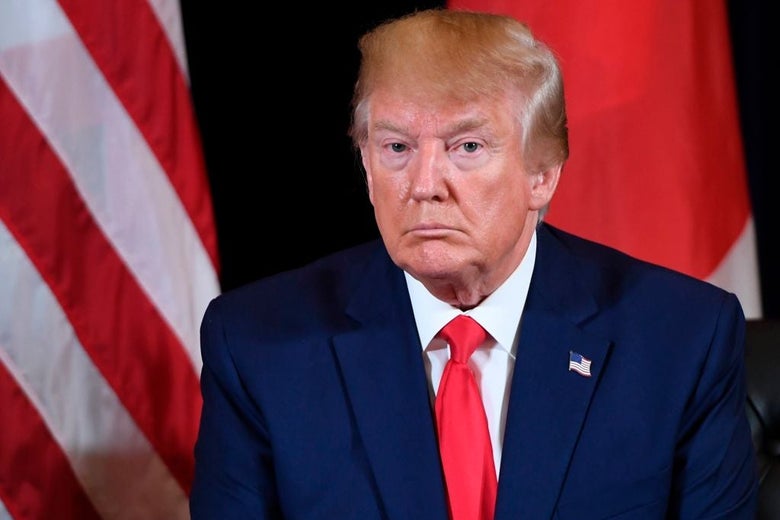 President Trump is being investigated for asking a foreign government to interfere in the election.

Impeachment rumors have swirled the Donald Trump’s presidency since inauguration day, first because of Russian interference in the 2016 election, then for his private businesses and now for allegations of colluding with Ukraine to win the 2020 election. While this is still a developing story, there is already enough disturbing evidence incriminating President Trump to justify removal from office.

It all started a few years ago when Joe Biden tried to get a Ukrainian prosecutor fired. Trump claims that Biden did this to benefit his son, Hunter Biden. The result of the firing meant that the Ukrainian government never got a chance to investigate the gas company which Hunter was on the board of.

On Aug. 12, a “whistleblower” filed a complaint to the intelligence agency saying that back in July, Trump called the Ukrainian president – Volodymer Zelensky – to discuss illegal activity including interfering in the 2020 election in Trump’s favor. A summary of the phone call was released Sep. 25, explaining that, on the phone call, Trump asked Ukraine to launch an investigation on Biden, who he believed was his biggest competition to getting to the presidential office in 2020, in order to give him bad publicity and potentially influence the election. President Trump told Ukrainian leaders over this call that if they did not launch the investigation, he would stop giving them the military assistance they needed to protect themselves from Russia. This is unacceptable behavior for the President of the United States, who is supposed to be setting an example for the rest of the country.

Firstly, the allegations against Biden are false, and they do not even make sense; if this had followed through, he would have been spreading lies about Joe Biden, which is against the law. This slander would have been in his own best interest in terms of the military and foreign communication, but his actions would have been best for him, and not at all the best situation for the whole country.

If Ukraine had assisted in this investigation, it would have been illegal foreign interference in an election and Trump’s use of military aid as a threat is also a form of extortion. The White House and State Department have ignored Congressional subpoenas, while the President has personally engaged in witness intimidation against the whistleblower and Adam Schiff. This is a clear pattern of obstruction of justice and is punishable by law.

Some might say that his offenses are not sufficient enough for impeachment and removal. However, President Trump is the man representing all Americans, and a immoral, lying criminal should not stand for us. Further, the rule of law embedded in our constitution mandates that no person is above the law. If anything, the president should be held to an even higher standard. By using unfair and illegal tactics to secure the election, he only shows that he should not be representing the entire nation. He does not deserve to be president if he cannot win the election fairly and, on top of that, he violated the law by asking for foreign interference in the election, using extortion, obstruction of justice and more. Trump is not exempt from the punishments of his crimes and it is time for him to face the consequences for everything he’s done.

“Trump’s actions were a betrayal of American values and they meet the congressional standards for impeachment and removal. He is setting the standard for all American presidents who come after him, and if his crimes go unpunished, it will make it acceptable for everyone else to follow his lead,”  junior Daniela Parra Del Riego said.

Overall, President Trump’s actions should be considered grounds for impeachment because he is spreading lies and asking for a foreign government to interfere so he could secure the election. This is illegal in the United States as the rule of law applies to everyone. Per Nancy Pelosi’s inquiry, the impeachment process is currently underway, but there are some roadblocks.

There needs to be a majority vote in the House of Representatives for an investigation to take place, which looks likely, but it might be difficult to get a full trial and a two-thirds impeachment vote in the Senate, which is a Republican majority. It is up to the Senators in Washington to do the right thing and remove him from office, but it is not totally out of the hands of the citizens. Anyone can write to their state senator and urge them to vote for his impeachment to show that this behavior cannot be tolerated in an effort to bring back our country on its proper path.